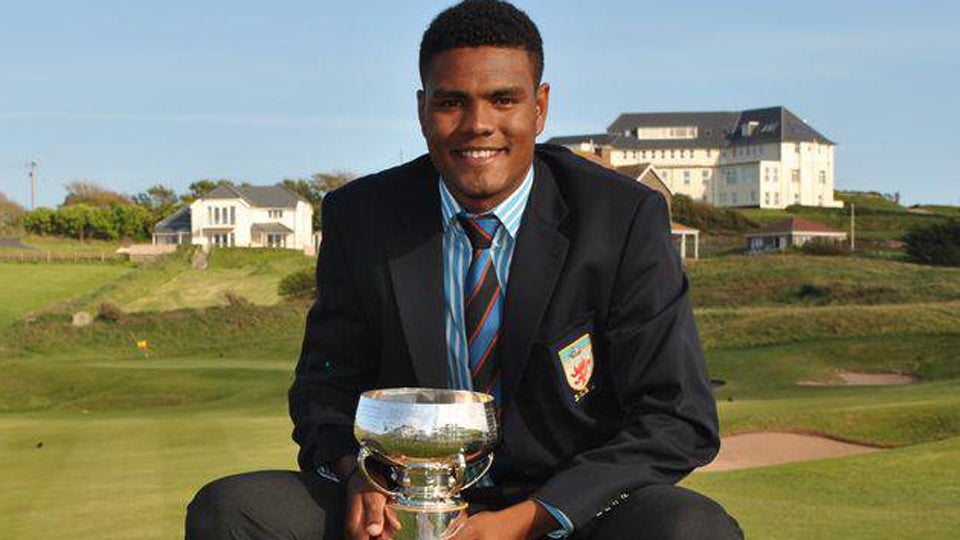 The PGA Tour remains exceedingly white, and I’m not talking about the ice-cream-man pants favored by many of the lodge brothers these days. The players and their caddies, the broadcasters and their bosses, officials and reporters and fans—it’s a sea of white. The Tour—and you could say the same of the USGA and the PGA of America—looks nothing like the broad rush of humanity scurrying through the Orlando airport during spring break. It looks like 1958.

And then I paid a short visit to the PGA Minority Collegiate Golf Championship in early May, a 30-year-old event that has been run by the PGA of America since 2006. What a joy, to walk the flat fairways of the PGA Golf Club, in Port St. Lucie, Florida, and see scores of young black, white, Asian and Latino golfers carrying their own bags and grinding out pars. Maybe it’s because I spend too much time at Tour events and private clubs, but it just felt good to ask an African American woman—a coach in a cart, visor on, ready for action—directions to the 10th tee. It felt like progress.

The championship gives young minority golfers, most of them good but not great, a national competition in which to play. If that makes it an affirmative-action tournament, so be it.

For the purposes of the competition, the PGA of America identifies five minority groups: African American, Hispanic American, Native or Alaskan American, Asian or Pacific Island American and Middle Eastern/North African. Of the 145 players, men and women, in the field this year, roughly 60 percent of them fell into one of those five groups. Most of the rest were white kids playing for golf teams at historically black colleges and universities. There are also two individual competitions for minority male and female golfers from non-HBCU teams.

It’s not an easy event to get your arms around. The minority classifications are really part of an accounting exercise that justifies the use of the word “minority” in the championship name. This year, Bethune-Cookman, an historically black university in Daytona Beach, won both the men’s Division I team title and the women’s team title. Of the 10 Bethune-Cookman players, only three were members of PGA-sanctioned minority groups. But three others were self-described mixed-race Britons for whom there was no box to check, except other.

Scooter Clark coaches the Bethune-Cookman Wildcats. A former University of Maryland golfer, the slender, dynamic African American doesn’t look for minority players. He looks for players, period. Clark has golfers on his rosters from Canada, England, Hungary, Puerto Rico, Spain, the U.S. and Venezuela. “I recruit the world,” he told me.

One of his English golfers, Leon Fricker, is a strapping young man with a high-hands backswing and a high-fade haircut. I walked a couple holes with Fricker’s father, Martin, a retired Royal Navy officer who now works as a life coach. Said the senior Fricker, who is black, “In Britain, we don’t understand the term “African American.”” In fact, the Frickers, father and son, don’t get our American penchant for labeling at all. Leon came of age in a place (southern England) and a time (the new millennium) that is essentially post-racial, Martin Fricker said.

I heard that idea more than once. “The kids don’t care,” said Craig Bowen, the golf coach at Elizabeth City (N.C.) State. On long team car rides, Bowen finds he can’t tell the difference between his black golfers and his white ones. They listen to the same music, like the same shows, use the same slang. (You know what “throwing shade” means, right?)

Some of the golfers missed their graduations to play in the 54-hole championship, and they all missed Mother’s Day, which fell in the third round. I happened to be in Charleston, S.C., on that Sunday, and I paid a morning visit to an historic black church there, Emanuel A.M.E., where last year nine black churchgoers were murdered in what is being investigated as a hate crime. I was surprised to see no metal detector at the church’s front door. The service was deep into its second hour when a preacher exclaimed, “Our doors are always open!” What a beautiful thing to say.

Golf needs to say the same. Say it, show it, mean it. The PGA Minority Collegiate Golf Championship is doing its part. You know how a little piece of braided rope, tied to a railing and looped around a doorknob, can hold open a kitchen door on a perfect summer morning? The minority championship is that little piece of braided rope. Over time society will change, and the event will outlive its usefulness and go the way of Negro leagues baseball and ladies’ entrances at corner bars. But for now, it’s vital and necessary, shouting to the sideliners the great cry of summer: Everybody into the pool! It sends the important message that the game is right here, waiting for you.