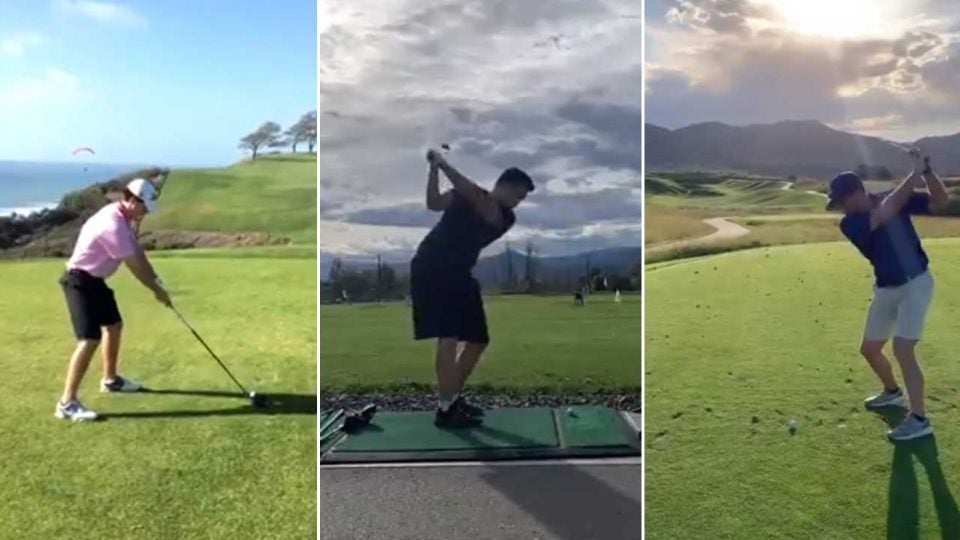 A sample of some of the swings PGA Tour Max Homa harshly critiqued at the golfers' request.

If you’re an avid golfer and don’t follow Max Homa on Twitter, you should correct that immediately. The 29-year-old PGA Tour pro is easily one of the best follows in the game, posting often insightful and always funny musings about golf and life. Look no further than his most recent thread which lit up the internet last night.

Homa, who won his first Tour event at the Wells Fargo Championship in May, participated in a lengthy, hilarious and good-natured dressing-down of his followers’ golf swings on Tuesday night.

It all started when one Homa fan sent him a video of his swing, asking the pro to critique it like celebrity chef Gordon Ramsay critiques food. In other words, harshly and without any empathy. He closed out with this prescient note: “I think this could become a hilarious trend.”

Homa was more than happy to oblige. He replied to the first post with a Ramsay GIF showing the chef grasping the face of a cook and asking, “What are you?” to which she replies, “An idiot sandwich.” Instead of critiquing his follower’s swing, Homa simply wrote, “Maybe the worst camera angle ever for this.”

But that was just the beginning. Shortly after seeing the initial interaction, people flooded Homa’s feed with swing videos begging the pro to take them to task as best he could.

When a lefty golfer sent over his swing and asked Homa to “Do your worst,” he replied, “I used to have this theory that all lefties had great swings. I hope u notice that’s past tense.”

I used to have this theory that all lefties had great swings. I hope u notice that’s past tense https://t.co/RgxaMhoiFi

To one particular slow swinger, Homa shot back, “What u lack in confidence off the tee u also lack in swing speed.”

What u lack in confidence off the tee u also lack in swing speed https://t.co/nokJTzG2US

Another fan desperate to have his swing flayed publicly by a pro sent his video along with the note, “prepared to quit the game completely,” teeing up Homa for this concise but hilarious response, “Trust ur gut.”

Another user pleaded with Homa to “Destroy my ego pls.” His response: “I’m honestly just impressed u have an ego.”

I’m honestly just impressed u have an ego https://t.co/TkEcP6CrI0

Once he’d had his fun and successfully roasted a large group of followers, Homa signed off for the evening, but not without offering up one more joke at his followers’ expense, “Alright guys that was fun but I need to go to sleep before I develop the shanks by osmosis. U guys are the best. Until next time…”

You can check out some more of Homa’s swing critiques below.

Ur setup may have ruined that hole for me forever https://t.co/kdKs3AK8wm

That swing doesn’t look a day over 70 https://t.co/JpfLgTxqUW

U swing it like a semi decent adult softball player who mainly goes for the booze and pizza after the games https://t.co/vVoTZsQ3uv

Ur swing looks pretty good. U must be an awful putter https://t.co/fMzDJRMeNq

As a titleist ambassador myself, plz don’t associate us with ur closed club face anymore https://t.co/T8GW3jC1yf

The only thing I hated more than the golf swing is that u made me watch it twice https://t.co/fGxtUokHPz

Even with all that recoil, u couldn’t even reach the fake green on the simulator https://t.co/uEKPy9szcE

Is that towel to help with all the sweating when u see an OB stake or some water? https://t.co/WkLwidEC7p