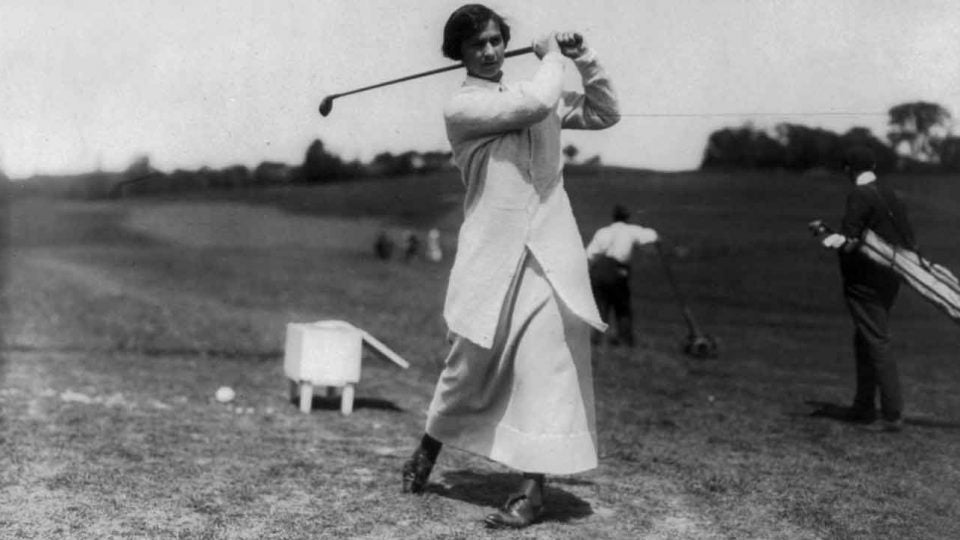 During the construction of Augusta National Golf Club in the 1930s, co-founder Clifford Roberts questioned why the course’s co-designer, Alister MacKenzie, wasn’t spending more time in Augusta. Confidante Marion Hollins had gone in his place, according to the book “The Making of the Masters.” MacKenzie responded to Roberts.

“She has been associated with me in three golf courses, and not only are her own ideas valuable, but she is thoroughly conversant in regard to the character of the work I like,” he said in a letter. “I want her views and also her personal impressions in regard to the way the work is being carried out.”

Later, MacKenzie wrote a letter to the engineer who was supervising the construction of the course.

“I do not know any man who has sounder ideas,” MacKenzie said of Hollins.

On Friday, the World Golf Hall of Fame announced that Hollins will be part of the class of 2021, joining Tiger Woods. Her impact is still felt across the country.

Marion Hollins, a visionary golf course architect and pioneer of the game, will join Tiger Woods in the World Golf Hall of Fame Class of 2021. #GolfHOF2021 pic.twitter.com/P8ntUJoDmQ

In the South, Hollins, who died in 1944 at the age of 51, was as influential as anyone in the development of the home of the Masters. In the Northeast, she financed and developed a golf course for women in New York – just a few years after women had received the right to vote. In the West, she helped develop renowned Cypress Point and Pasatiempo in California. She also won the 1921 Women’s Amateur.

“When you start reading about Marion Hollins, you realize what a trailblazer she was,” Annika Sorenstam, inducted in 2003 and part of the Hall of Fame’s selection committee, told the Associated Press. “In her era, she didn’t have many resources with the status of women in sports and golf. To be that kind of trailblazer with that kind of enthusiasm and energy and get into course development and design is very inspirational. She was an advocate for women and changed the landscape of the game.”

Shortly after her Amateur victory, Hollins began her work on golf courses. In 1922, the men who ran the Creek Club in Long Island, N.Y., threw out the women, wrote David Owen, the author of “The Maker of the Masters,” in a 2019 story in the New Yorker. Soon after, Hollins helped design Women’s National Golf & Tennis Club. Men were allowed only as guests.

In 1926, Hollins went to California and would help develop Cypress Point, No. 2 on GOLF.com’s list of the Top 100 Courses in the World. Owen wrote in the New Yorker that Hollins brought on MacKenzie when the course’s original designer died. The two would eventually get to the signature 16th.

The par-3 requires a 200-plus-yard carry over the Pacific Ocean. The original designer thought the hole was too long. Hollins did not. The hole stayed.

“Miss Hollins said she did not think it was an impossible carry,” MacKenzie wrote in the book, “The Spirit of St. Andrews,” according to the Associated Press. “She then teed up a ball and drove to the middle of the site for the suggested green.”

Three years after arriving in California, Hollins met up with the legendary Bobby Jones.

The two played together in an exhibition match, Owen wrote in the New Yorker. MacKenzie joined them. Jones and Roberts would go on to hire MacKenzie to work on Augusta, also the No. 9 course on GOLF.com’s list.

“She was at the forefront for women, not only in architecture but she was an amazing athlete,” LPGA Tour veteran Juli Inkster told the Associated Press. “She was very successful and she was respected, and she had a lot of confidence in herself.

“You can be confident,” Inkster added. “But you have to have the guts to go out and do it.”