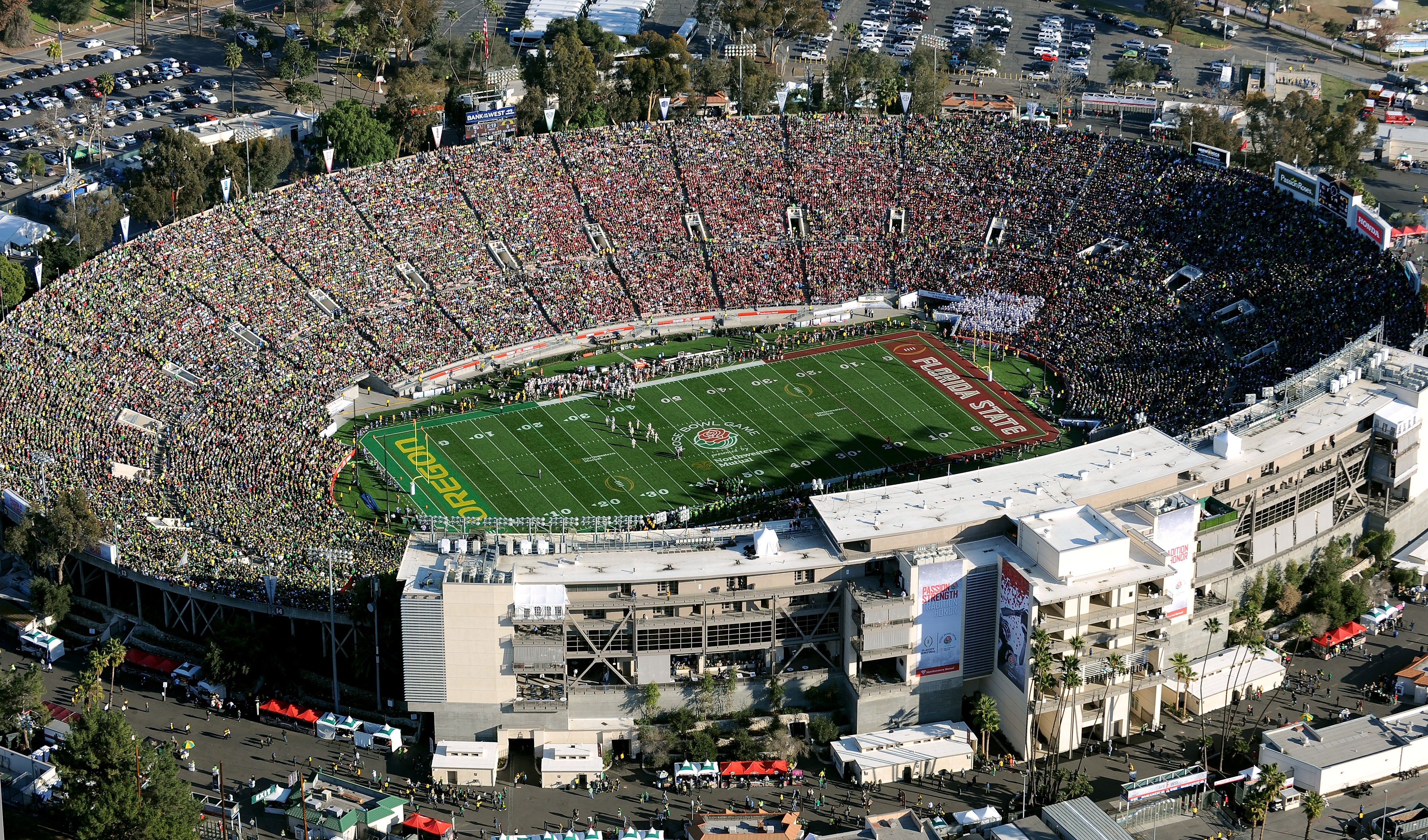 An aerial view of the Rose Bowl Stadium at the 2015 Rose Bowl.
Getty Images

Sometimes walking the course can get a little tedious, but using a cart instead of walking to a parking spot? That’s what police say happened in Pasadena following the Rose Bowl on Jan. 1.

According to local news reports, the California Highway Patrol responded to 911 calls from drivers who saw the golf cart driving down local highways.

When he was pulled over, Aldridge confessed to taking the cart to save him a walk back to his car. He was taken in under the suspicion of drunk driving around 11 p.m. following the game between the Oregon Ducks and Florida State Seminoles.

“It’s definitely chalked up as one of the new experiences for a lot of people here,” CHP Sgt. Mike Munoz told the LA Times.

We’re thinking Mr. Aldridge may decide to walk from now on.