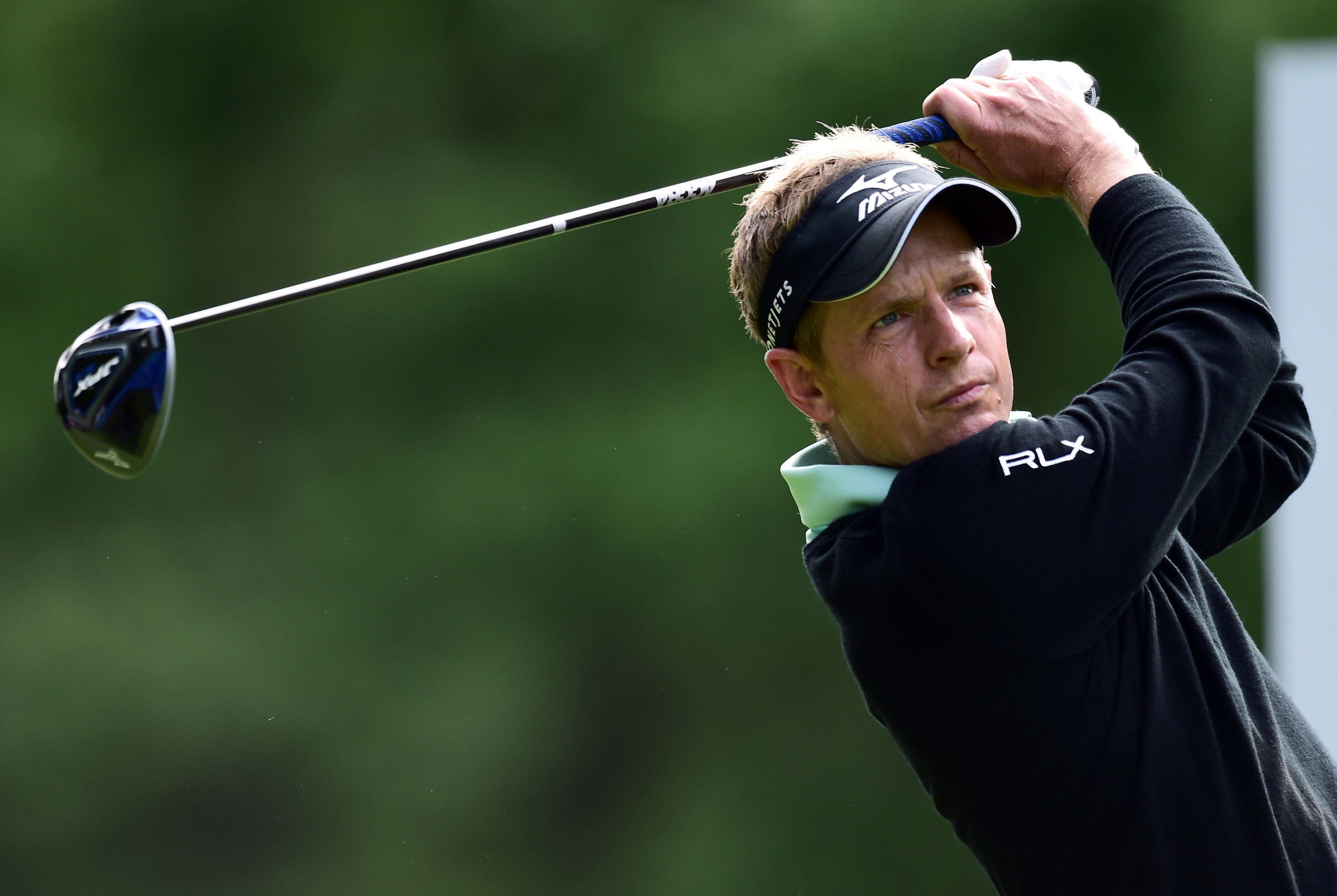 Luke Donald had to qualify for the U.S. Open the hard way, but he got through the sectional.
Adam Davy/PA via AP

Monday was the final chance for nearly 800 players to get through 36-hole U.S. Open qualifiers from coast to coast, and among them were a 15-year-old from Houston (Cole Hammer) and a 50-year-old who has won the U.S. Open twice (Lee Janzen), and even a former world No. 1 (Luke Donald).

Another was Michael Putnam. He’s going home to Chambers Bay for the U.S. Open.

Putnam lives just over a mile from Chambers Bay, south of Seattle. He played the first official round when the course off Puget Sound opened in 2007 with hopes of attracting a U.S. Open. And on Monday, he put together rounds of 68-64 to lead the toughest of 10 sectional qualifiers around the country.

“We grew up watching the course being built. It’s the biggest tournament we’re going to host up there,” Putnam said from the Columbus, Ohio, sectional. “Obviously, there was lot of pressure today getting into the tournament. But I had a great day.”

But it was super sweet for Putnam, who has played Chambers Bay more than anyone.

USGA executive director Mike Davis infamously said that players who only got in two practice rounds and had their caddie walk the course “will not win the U.S. Open.”

“Apparently I’m going to win because I played it more than anyone else,” Putnam jokingly said after he tied for medalist honors with Sam Saunders, the grandson of Arnold Palmer, at the sectional site filled with PGA Tour players.

Putnam says he has played Chambers Bay between 30 and 40 times, though never in U.S. Open condition. He said he once held the course record – but only because he was the first one to play a proper round when it opened in 2007.

“I owned the course record for a day,” he said.

That gives Chambers Bay two local players. Ryan Moore, who has hosted a charity event at Chambers Bay, already was exempt from qualifying.

– Donald was back in U.S. Open qualifying for the first time in 11 years. He had a 68 in his second round at The Bear’s Club – his home club in south Florida – to earn one of four spots. He shared medalist honors with Florida State’s Jack Maguire and Andrew Pope. Sam Horsfield, an 18-year-old who plans to attend Florida, won a playoff for the last spot.

– Janzen won the U.S. Open in 1993 at Baltusrol and in 1998 at Olympic Club. After his 10-year exemption expired, he never made it through a qualifier. He was disqualified two years ago for wearing metal spikes at a course that doesn’t allow them. At in the New York sectional, Janzen shot 69-68 to earn one of four spots. The other qualifiers were Jamie Lovemark, Pat Wilson and Rich Berberian Jr.

That sets up Janzen for three straight weeks of majors – a Champions Tour major in Boston this week, the U.S. Open, and the U.S. Senior Open.

– Roberto Castro, who played in all four majors last year, made it through the Georgia qualifier at Hawks Ridge by not making a bogey in rounds of 64-68. But his brother, Franco Castro, missed by one shot and will be an alternate. The other qualifiers from that site were college players Matthew NeSmith and Lee McCoy.

– Hammer, a sophomore in high school, shot 64-68 at Northwood Club in Dallas to gain one of six spots with two shots to spare. Steve Marino, Rod Pampling and Peter Malnati, all of whom have been full PGA Tour members, missed by one shot. Tour rookie Carlos Ortiz missed by two.

“My main goal was to see how I match up against these people. I just had to keep doing what I was doing,” Hammer said. “This means the world to me.”

– Navy veteran Billy Hurley III earned one of three spots in the Maryland sectional with rounds of 66-72. The other spots went to Denny McCarthy, who reached the semifinals of the U.S. Amateur last year, and Tim O’Neal.

– In the other qualifier filled with PGA Tour players, two-time U.S. Open champion Retief Goosen held on for one of 10 spots in Memphis, Tennessee. Blayne Barber shared medalist honors. Others who made it through included Brian Harman and Andres Romero.

The most spots (15) were available in Columbus, held the day after the Memorial.

David Lingmerth, who won the Memorial in a playoff over Justin Rose, failed to earn a spot in the U.S. Open. Among those who qualified were Bryson DeChambeau, the NCAA champion from SMU. Also getting through were David Hearn of Canada, Camilo Villegas and Ryo Ishikawa.

Thunderstorms were forecast for Ohio, leading to a delay in the afternoon. It also led to plenty of players withdrawing – a total of 28, including nine on Monday.