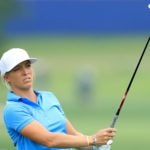 Mel Reid was outspoken about what she feels Sunday's skins game says about the women's golf landscape.

For many, today’s TaylorMade Driving Relief skins game marked an opportunity to celebrate the return of live golf. But for some, it reflected something different: a missed opportunity.

Mel Reid, an Engish professional golfer with six career wins on the Ladies European Tour, falls into the second category. While the event (and its charitable cause) were noble, Reid couldn’t help but wonder what it could’ve meant if it’d included representatives from women’s golf, as well.

In a tweet, Reid expressed her frustration with the event.

“I know right now is a tough time for most so I can only speak for the world I’m involved in. Yet again, today we show the disparity between men’s and women’s golf. Today’s charity event should showcase ‘golf’ not just men’s golf. What an opportunity golf has let slip, once again, to represent equality. I would love to have witnessed women athletes/golfers be invited to showcase the wonderful game as well as these incredible male golfers.”

But Reid wasn’t done there, continuing the conversation on her account for much of the afternoon.

The 32-year-old Reid is the 98th-ranked player in the women’s game and has played in three Solheim Cups (most recently in 2017). Last year, she served as the European Solheim Cup team’s assistant captain and notched her best-ever result on the LPGA Tour, a 3rd place finish at the KPMG Women’s PGA Championship.