Longtime CBS Sportscaster Verne Lundquist Signs Off in His Own Words 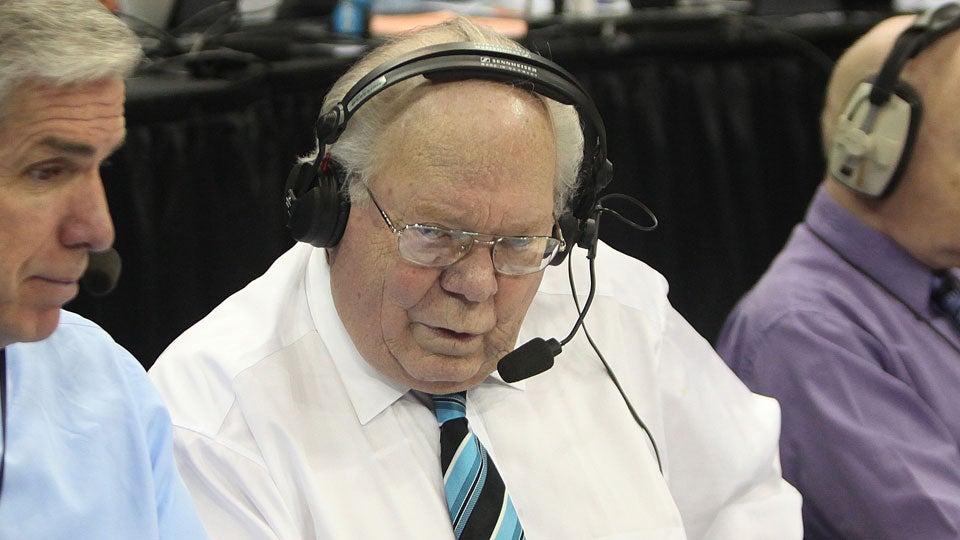 Lundquist provided fans with memorable calls from the Masters and the PGA Championship.
AP Photo

This column originally appeared in the Dec. 5, 2016 edition of Sports Illustrated.

For more than five decades I’ve had a front-row seat to some of the greatest sporting events in America. You go into a broadcast with high hopes that something special will break out, and if you’re really lucky, it will. In my case, I’ve been really lucky a half-dozen times. Then you hope that you’re up to the moment and capture it with words that are appropriate to the significance of the event. I’m proud that, for the most part, I’ve been able to do that.

People often ask me about my calls of Jack Nicklaus’s win at the 1986 Masters, Christian Laettner’s miraculous shot against Kentucky in the ’92 NCAA tournament, Tiger Woods’s chip at the 16th hole at the 2005 Masters and Chris Davis’s game-winning, 109-yard return of a missed Alabama field goal that gave Auburn the win in the ’13 Iron Bowl. Younger folks probably don’t know that I called figure skating with Scott Hamilton at three Olympics, including the 1994 Lillehammer Games that featured the highly publicized showdown between Nancy Kerrigan and Tonya Harding, still the highest-rated non–Super Bowl sports telecast.

Last May, CBS and I agreed that I would step down from calling SEC football. I think the timing is right. In early May, I was honored with the Sports Emmy Award for Lifetime Achievement. I turned 76 in July. In recent years I’ve been dealing with degenerative scoliosis, and I’m scheduled for back surgery next September. I’ve also had both knees and my right shoulder replaced. I claim, only slightly in jest, that I’m half the man I used to be. Army-Navy on Dec. 10 will be my final football telecast on CBS, but I’m not going into hiding. I’ll still be doing March Madness, the Masters and the PGA Championship. I hope to be involved in those events as long as I’m physically able.

Until the SEC package came along, I had never been the lead broadcaster for any of the networks I worked for—ABC from 1974 to ’81 and CBS from 1982 to the present. When CBS Sports chairman Sean McManus offered me the lead of the SEC series in 2000, I did not perceive it as a huge deal. Yet it soon became huge. That’s what happens when a conference wins seven consecutive national championships.

It’s almost impossible to overstate the degree of passion fans have for college football in the southern part of our country. That passion, especially in a world dominated by social media, can translate to harsh criticism of your work as a broadcaster. While the criticism continues in my final season, the overwhelming response has been real warmth. Nancy, my wonderful wife of 34 years, has been at every game this fall. The crew makes sure that she’s taken care of before they get around to tending to Gary Danielson and me. Because of my aching knees and back, we’re taken to and from the press box in a golf cart. Without exception, at every game location, that journey has been accompanied by shouts of “Thanks for the years,” “We’ll miss you,” and even the occasional “Yes, sir.” It’s been very heartwarming.

Each school has been wonderful in acknowledging this final season. It started in September when Texas A&M coach Kevin Sumlin gave me fitted cowboy boots and a framed jersey with the number 12, representing the beloved Aggies 12th man. At Georgia, a scoreboard tribute featured Jim Nantz, Georgia governor Nathan Deal, coach Kirby Smart and Jack Nicklaus. On the field, the band spelled out YES, SIR and the P.A. announcer asked the crowd to turn around and yell “Yes, sir” in unison. I got goose bumps. Also included was a portrait of me painted by artist Steve Penley. There have been equally wonderful occasions at every game.

I’m often asked if there are any holes in my résumé. Did I not aspire to call a Super Bowl, a Final Four or the college football championship game? Of course, but so does every person who’s done play-by-play for a network. It wasn’t in the cards. Do I envy Jim Nantz or Al Michaels or Joe Buck? The answer is an emphatic no. Perhaps that’s because I came very late to the dance. I got my first full-time network job at 42 and became the lead announcer of a series at 60. I could not be more grateful for what has been an amazing career.

Thank you for watching.