What’s life like for caddies when there’s no golf being played? 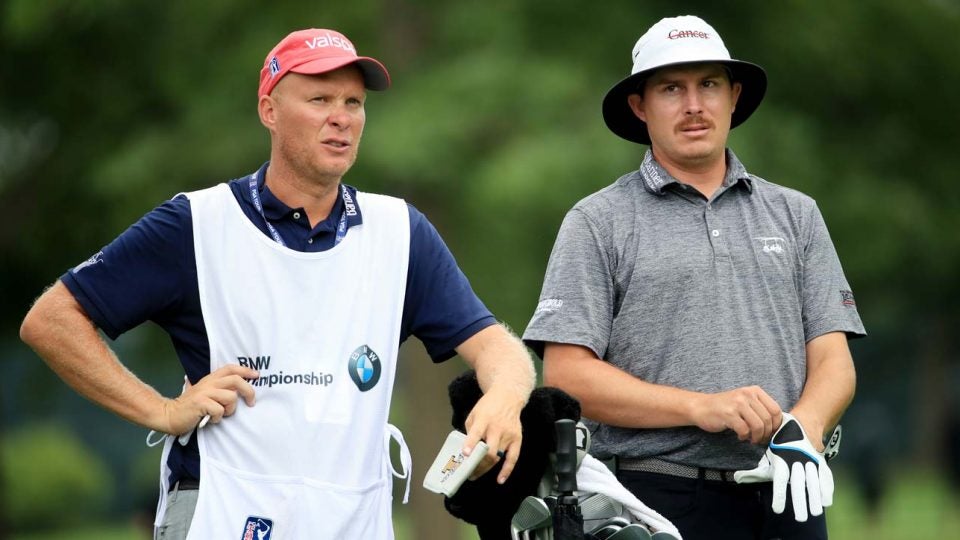 The life of a caddie is precarious in the absence of pro golf.
Getty Images

With no golf being played for the foreseeable future, everyone associated with professional golf — from players to coaches to officials — has a lot more time on their hands in early spring than they usually do.

Another group that has considerable time on their hands these days is caddies. Normally they’d be gearing up for the Masters as the PGA Tour kicks into high gear for the run into summer. But now? Nothing but time.

Geno Bonalie usually loops for Joel Dahmen, but these days he’s holed up in his Idaho home working on house projects. Chris Nash shleps for Houston Open champion Lanto Griffin, but now he’s decided to wait out the madness with another caddie down in Florida. They were both nice enough to update me on what the life of a caddie entails when there’s no golf being played.

(Note: Some of the answers have been edited for brevity and clarity.)

What has your life been like since the PGA Tour suspended its season on March 13?

CN: “I live in Dallas, but I decided to stay down here in Florida. Dallas is kind of on full lockdown, so I’ve been monitoring the situation there. All the golf courses are open here and they’re all closed in Dallas, so I’ve just been playing golf and watching Netflix and trying to make the days go by.”

GB: “Joel stopped playing golf, and I started playing golf (laughs). Our course has been open, but there was a mandate yesterday for Idaho, we have a stay-at-home notice. The golf courses are still open, so I don’t know exactly how that works and how golf courses are considered essential. I’ve been trying to be a good boy and play by the rules and stay indoors as much as possible. I built a treehouse for my little man. We’ve been having a lot of nerf wars around the house.”

What are the financial implications of losing out on so much work?

CN: “We’re having a big year, so I’m in a way better spot than I feel like most caddies are, so I should be OK. The implications for me are not nearly as bad as they could be. They would be if this happened at any other time, but Lanto and I got the win in Houston and have been playing some really great golf for the last four or five months. I feel extremely fortunate that I’m not in the same situation that I know a lot of guys are. I’m super lucky we had our great run of golf when we did.”

GB: “Financially, it sucks. Thankfully, my wife works and we’re pretty good with money, so we save a lot for emergencies and I guess you’d classify this as an emergency. I’m OK for a little while that way.”

Have you heard of any players helping out their caddies in this time?

CN: “I haven’t really asked about that. I’m sure that’s happening, and everyone has their own situation. Lanto was great, he took care of me for the Players (Championship) week where they all got a small piece of the purse there. So he took care of me and that helped out a lot. I’m sure every situation is different. For guys that haven’t played great golf lately, they’re not going to be able to do that. They need that money. It’s just uncharted waters.”

GB: “The head of the caddie association has talked a couple times about trying to get some guys a little bit of money here and there. The caddie association has been awesome. We wear, as a group of caddies, the Valspar hat deal. And they’ve been great. They are paying guys out for what they’ve worn so far this year to get some sort of income coming in for guys … I feel like life is just a giant question mark right now.”