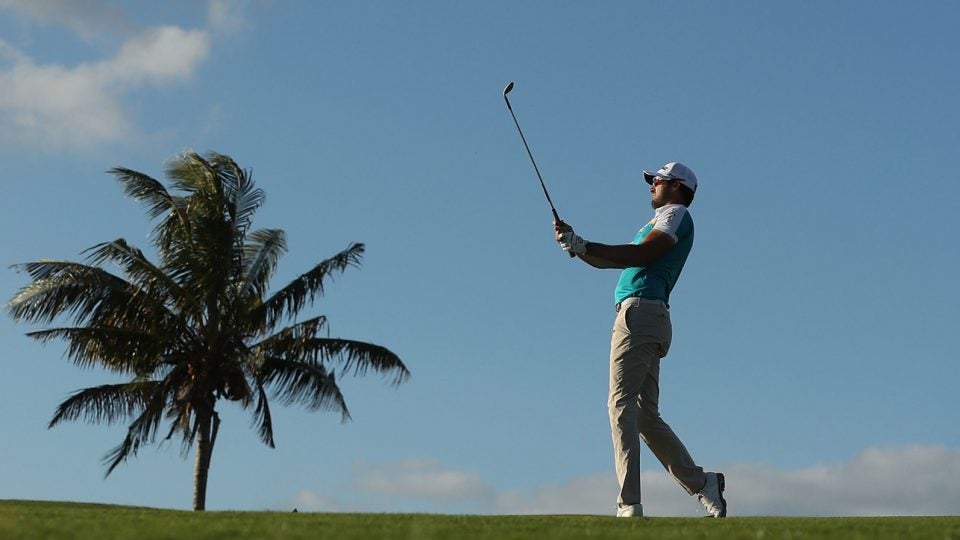 Daniel Pearce hits his approach shot on the 7th hole during day one of the 2017 Fiji International.
Getty Images

NATADOLA BAY, Fiji (AP) — New Zealand’s Daniel Pearce shot a 6-under 66 Thursday to take a one-stroke lead after the first round of the wind-swept Fiji International.

Gavin Green of Malaysia was among four golfers tied for fourth with 68s.

Local favorite Vijay Singh was five strokes behind after a 71, while fellow former Masters champions Angel Cabrera and Mike Weir shot 72s in the PGA Tour of Australasia and European Tour event.