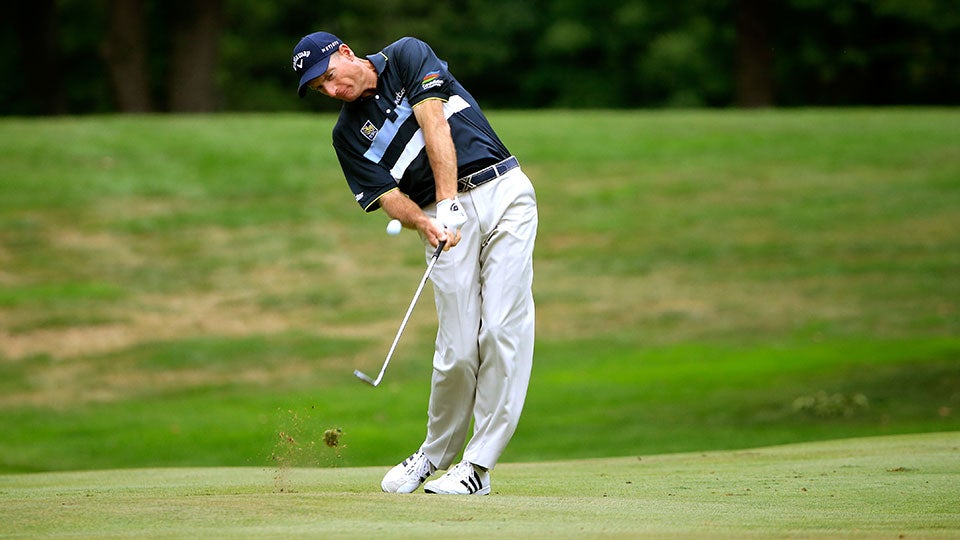 Jim Furyk plays a shot on the sixth hole during the third round of the World Golf Championships - Bridgestone Invitational at Firestone Country Club South Course on August 8, 2015 in Akron, Ohio.
Getty Images

AKRON, Ohio (AP) — Justin Rose went 30 straight holes without making a birdie. He made up for it in a big way Saturday at the Bridgestone Invitational with a 7-under 63 that gave him a share of the lead with Jim Furyk going into the final round.

The last bunch of birdies made for a quick change on the leaderboard. Rose was four shots behind with four holes to play when he made a 10-foot birdie putt on the 15th, hit wedge into 3 feet for birdie on the par-5 16th and closed out his best round ever at Firestone with a 40-foot birdie on the 18th.

Furyk finished with six straight pars, and he had to work for the last one. His tee shot landed in a sand-filled divot, and he punched it short of the green in the rough and then chipped long onto the fringe behind the flag. But he rolled in that 12-foot putt for par and a 69 to join Rose at 9-under 201.

They were two shots ahead of Shane Lowry of Ireland, who had a 67. 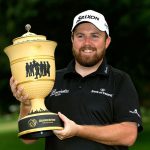 Steve Bowditch also had a 63 and was in a group four shots behind that included Ian Poulter (65), Henrik Stenson (68) and Bubba Watson (69). Watson had a chance to get closer to the lead until he missed a short birdie putt on the 16th and dropped a shot on the next hole.

Still, what Rose did Saturday was enough evidence for any number of players to have a chance.

That most likely does not include Masters and U.S. Open champion Jordan Spieth, whose putting kept his 72 from being worse. Spieth finished with a double bogey to fall nine shots behind, all but assuring that Rory McIlroy will remain No. 1 going into the PGA Championship next week at Whistling Straits.

Rose had no such problems.

He made a pair of key par saves on the front nine that kept the momentum from his birdie-birdie start, and he didn’t come seriously close to a bogey the rest of the way. As for the birdies? They were overdue.

Rose made birdie on the sixth hole of the opening round, went the last 12 holes without another, and then made 17 pars and one bogey on Friday. He started fast Saturday, and finished even better.

“I guess that shows it just evens out, really, if you can stay the course and stay patient, kind of believe that you’re going to get your run eventually,” Rose said. “Yesterday, I actually played really well. … It just didn’t happen yesterday. But came into today with a belief that I was still playing well.”

He also decided he was showing Firestone too much respect with all the talk about firm conditions. Rose had been playing short of the flag and expected a bounce toward the hole. On Saturday, he decided to attack more often and was rewarded.

Furyk remains in position for his first, and it could happen at no better place than Firestone, the course where he was denied victory in 2001 after a seven-hole playoff with Tiger Woods and in 2012 when Furyk made double bogey on the last hole.

The slight pump of the fist when he made par on the last – a lot of emotion for Furyk – had nothing to do with staying tied for the lead. Furyk simply knows that every little shot can make a difference, and he had made bogey on his final hole the previous two days.

It wasn’t easy. Furyk played out of the rough for so much of the back nine that when he finally piped one down the middle on the 18th, he was eager to get a short iron in his hand for a shot at birdie. Instead, he saw his ball sitting in so much sand in the divot that he had no choice but to punch an 8-iron.

It worked out, and now he faces one more round to finally try to get a win at Firestone.