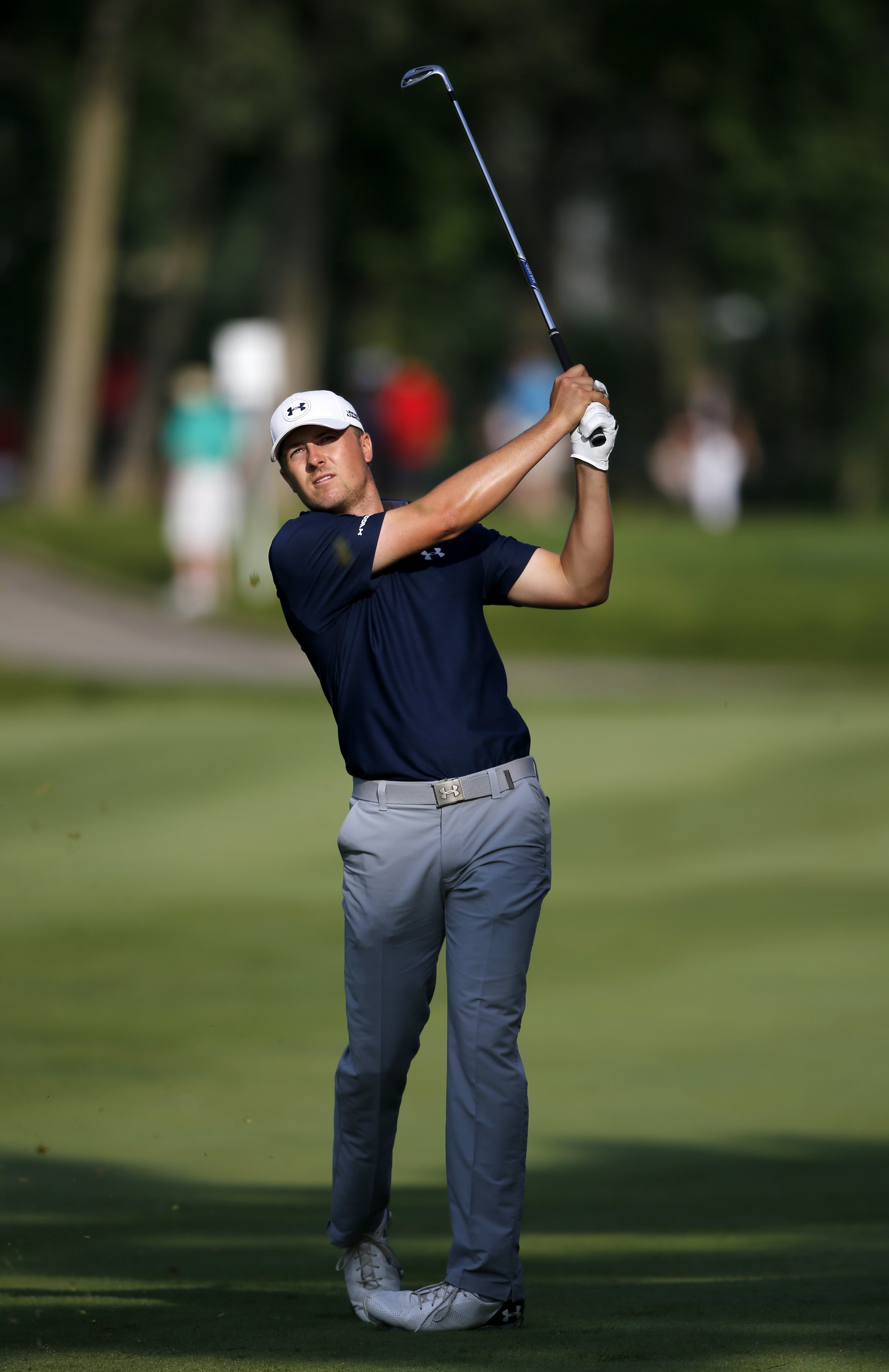 His third one landed in the hole.

Spieth’s decision to spurn Scotland for the John Deere Classic looks more prescient with each passing round.

“With some good breaks and really good putting, a round like (Saturday) comes together,” said Spieth, who will go for his third straight major title next week at the British Open.

Spieth was at 17-under 196 after the best round of the tournament since Steve Stricker shot a 60 five years ago. Danny Lee is second after shooting a 62, followed by Shawn Stefani, Justin Thomas and Johnson Wagner at 14 under.

The round was suspended for close to three hours because of two weather-related delays.

The rain made the course even softer than usual, setting the stage for the low scores.

No one took advantage of the favorable conditions more than Spieth, who has done his best to answer the critics who felt he would be better off prepping for the Open Championship in Scotland compared to Illinois.

Spieth got off to a fast start on No. 2, sticking a 260-yard approach within three feet for an eagle.

Spieth’s approach on the par-4 eighth hole came so close to going in that it left a divot on the cup before spinning 10 feet forward. Spieth then converted the birdie putt.

Spieth made three more birdies on par 4s, and he hit a 12-footer on No. 16 to join Lee in first. But it was the next hole that really made Spieth’s day.

He escaped trouble by putting his second shot in the fairway. He then stuck his approach with a sand wedge directly behind the cup, where it spun in to the disbelief of even Spieth – who said he “mishit it.”

“I certainly didn’t think it had a chance to go in. I thought it was going past the hole,” Spieth said.

But as if to prove it wasn’t a fluke, Spieth sent his final tee shot of the round into the trees as well – and still picked up a birdie.

“I had a fist pump on the last shot because walking up after the second shot I said to (caddie) Mike (Greller), `I just saw the board and I think this is for my lowest round that I’ve shot on the PGA Tour,'” Spieth said. “I said that’s pretty cool, and he said (that) it doesn’t matter where you’re at. Just keep on trekking. And I said `Yeah, but I appreciate this and I really want to make this thing.'”

Though overshadowed by Spieth, Lee put himself in position for some history of his own on Sunday.

Lee, who was born in Seoul and raised in New Zealand, picked up his first career win at The Greenbrier Classic just last week. He will try to become the first player since David Duval in 1997 to get his first two PGA Tour wins in back-to-back tournaments.

Lee knows he is a heavy underdog. But Lee hit nine birdies on Saturday and is playing as well as anyone on the tour outside of Spieth.