Jon Rahm thought he was going to a playoff to decide the winner of the Farmers Insurance Open. And then he found out he wasn’t.

Rahm, the 54-hole leader at Torrey Pines, stumbled early on Sunday but caught fire late. He played the first 12 holes in three over par — “I can’t really play much worse for the first 10 holes,” he said — but rebounded with an eagle on 13. He then made three birdies and a bogey over the next four holes and stepped to the 72nd tee, the par-5 18th, with the trophy still in sight. Kind of.

“What people probably don’t know is that on 18, after I made that putt on 17, I never looked at the scoreboard, so as far as I was concerned I was one back,” he said. “So with a birdie, I was going to be in a playoff.”

Problem was, Marc Leishman birdied the 18th two groups ahead of Rahm and was the clubhouse leader at 15 under. Rahm needed to eagle the 18th to get into a playoff.

Rahm drove it 311 yards into the fairway and found the green with his second shot, setting up a 53-footer for eagle. He gave it a run, but it ultimately missed by 16 inches and he tapped in for birdie and a 14-under week, one behind Leishman.

“That’s a tough putt; you can’t just ram it by 10 feet, it’s just not going to go in,” Rahm said afterwards. “So I did hit it with trying to make it with perfect speed thinking a two-putt would get into a playoff, but when (caddie) Adam (Hayes) told me the news, he’s like, ‘Hey, good try.’ I’m like, What do you mean, we’re in a playoff? He’s like, ‘Nope, he birdied 18.’ And I didn’t hear any roars or anything, so I just assumed he parred.”

Despite his disappointment, Rahm reiterated that even if he knew he needed to make an eagle he wouldn’t have done anything differently, even with the putt.

“I hit the right speed, that putt doesn’t go in, it was left of the hole the whole way, so it doesn’t matter,” he said.

Rahm, who finished alone in second, said it was a sour feeling coming up short, but mentioned the unexpected death of NBA legend Kobe Bryant put the day in perspective.

“Me missing a putt and not reading a scoreboard really, really, really doesn’t matter to me right now,” he said. “I try my best, I do what I can and luckily I play golf for a living, which is what I love and I do it good enough to play at an elite level, right? So I’m really fortunate to be where I am and then my heart goes to all those people in the helicopter, all those families and all the other problems going on in the world, which are a lot more important than whether I make a putt or not.” 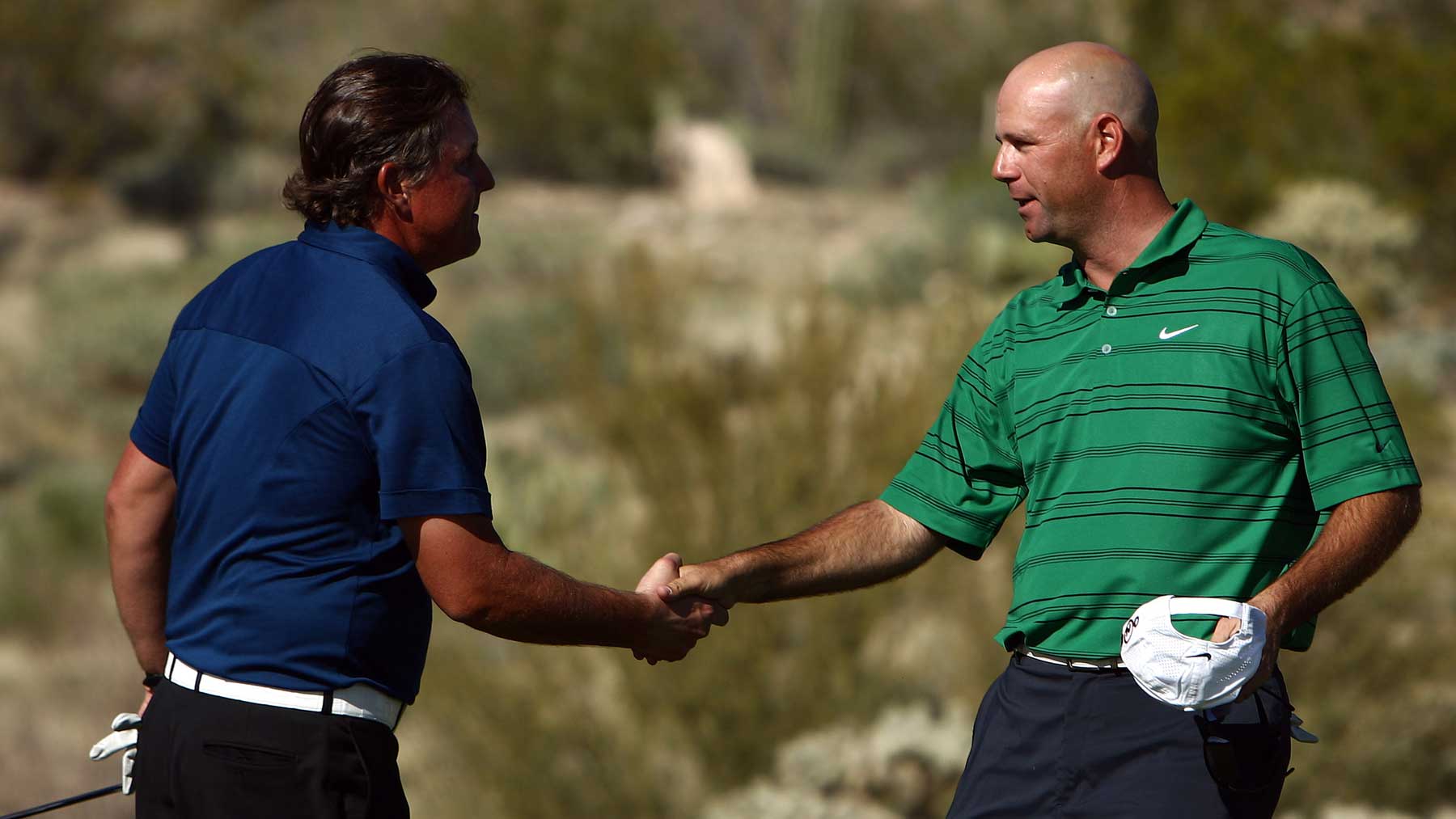