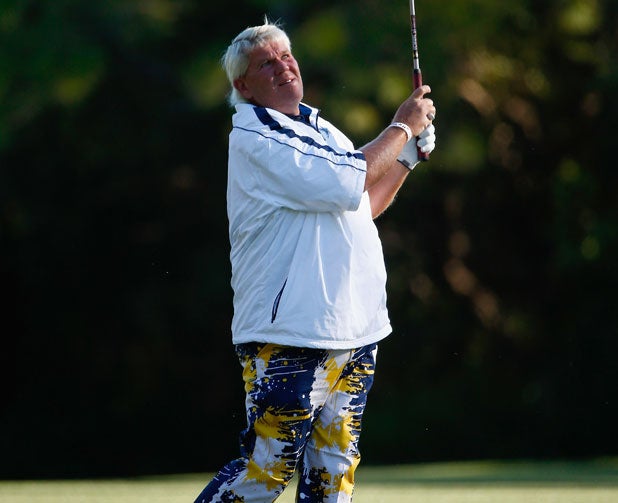 It’s been a week since his champagne showers on the Champions Tour, but the party hasn’t ended for Insperity Invitational winner John Daly.

Daly took part in a Dallas Cowboys charity golf event Wednesday, and kept the classic John Daly train moving along, singing songs, smoking cigarettes and making putts barefooted. We could easily leave it at that, and you’d believe it, because that sounds a lot like Daly’s antics, but local ABC reporter Mike Leslie was on hand to grab some video of the event. As you can see, it was a joyful time at Cowboys Golf Club.

What’s cooler than this?@PGA_JohnDaly sinks the putt while his buddy strums on the guitar… and then the two break out into a duet. pic.twitter.com/fTELuqbsgJ

Once the guitar came out, one song could never be enough. Daly showed off how well he knows the lyrics of George Strait’s “All My Exes Live in Texas” alongside Cowboys vice president Stephen Jones.

.@PGA_JohnDaly #Cowboys Exec. VP Stephen Jones even joined in on the fun, singing a bit of @GeorgeStrait‘s “All My Ex’s Live in Texas”, w/ @PGA_JohnDaly pic.twitter.com/5v0CWWUqp7

The Insperity Invitational was Daly’s first win since 2004, so a week of celebrations is just fine by us.