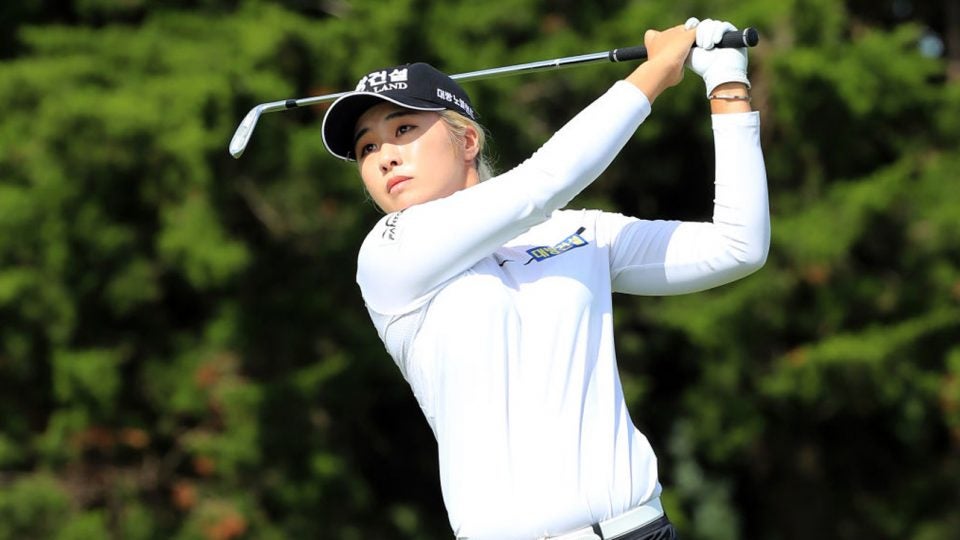 Jeongeun Lee6 is in the lead after 36 holes at the ShopRite LPGA Classic.
Getty Images

LPGA Tour rookie Jeongeun Lee6 broke onto the women’s golf scene last week after her win at the U.S. Women’s Open in Charleston, South Carolina. Now she’s looking for her second win in as many weeks.

The No. 5 player in the world holds a one-shot lead heading into the final round of the ShopRite LPGA Classic on Sunday in Galloway, New Jersey after shooting a two-under 69 during Saturday’s second round. Lee opened up the 54-hole tournament on Friday with an eight-under 63 first round performance, earning her a share of the lead heading into the weekend.

Lee6’s second round was a roller coaster one, as it consisted of four birdies, four bogeys, and an eagle. She started her day by going birdie-bogey-birdie on the first three holes before settling down a bit and parring the next two holes. She would then bogey the sixth hole and birdie the ninth hole, making the turn at one-under for the day.

After four straight pars to open up the back-nine, Lee6 would bogey back-to-back holes to fall to one-over for the day. But a birdie and eagle on her last two holes catapulted Lee6 into the lead with 18 holes to go.

Lee6 will tee off at 12:40 p.m. ET alongside Mariah Stackhouse, who sits just one-shot back at nine-under. Stackhouse shot a four-under 67 during Saturday’s second round, which included five birdies and one bogey.

The round of the day belonged to Marina Alex, who shot a five-under 66 to move into a tie for ninth and four shots back of Lee6. Alex’s round consisted of six birdies and just one bogey. She’ll be teeing off at noon on Sunday with Madelene Sagstrom.

Meanwhile, Lexi Thompson fired a one-under 70 on Saturday after her seven-under 64 on Friday and currently sits in a three-way tie for third place two shots back at eight-under. Thompson’s round was even more of a roller coaster than Lee6’s, as she carded four birdies, three bogeys, an eagle, and a double bogey on Saturday. She’ll begin her final round at 12:20 alongside Sandra Gal.