The inaugural Augusta National Women’s Amateur has become a head-to-head showdown between the two competitors in the final pairing: Jennifer Kupcho and Maria Fassi. No surprise, as both are among the best collegiate golfers in the game today. In fact, both players have earned cards for status on the LPGA tour.

Kupcho is the reigning NCAA champion and top-ranked amateur in the women’s game. She’s also obliterated multiple records at Wake Forest. Fassi is ninth in the amateur standings, a first-team All-American and was the 2018 SEC Player of the Year. In other words, neither of these ladies is a fluke. It wouldn’t be a surprise if this is the final Augusta National Women’s Amateur for both players.

Kupcho began the day with a one-shot edge over Fassi. But Fassi claimed the lead with a birdie at the par-5 8th. Kupcho eagled the famed 13th to tie Fassi at eight under, but Fassi drained another birdie putt on 14 to reclaim the lead. Both players are five shots clear of their nearest competitors, so expect the final hour at Augusta National will be match play. And expect and exciting finish.

Here’s the tale of the tape between these two talented amateurs who are vying for the title at Augusta National. 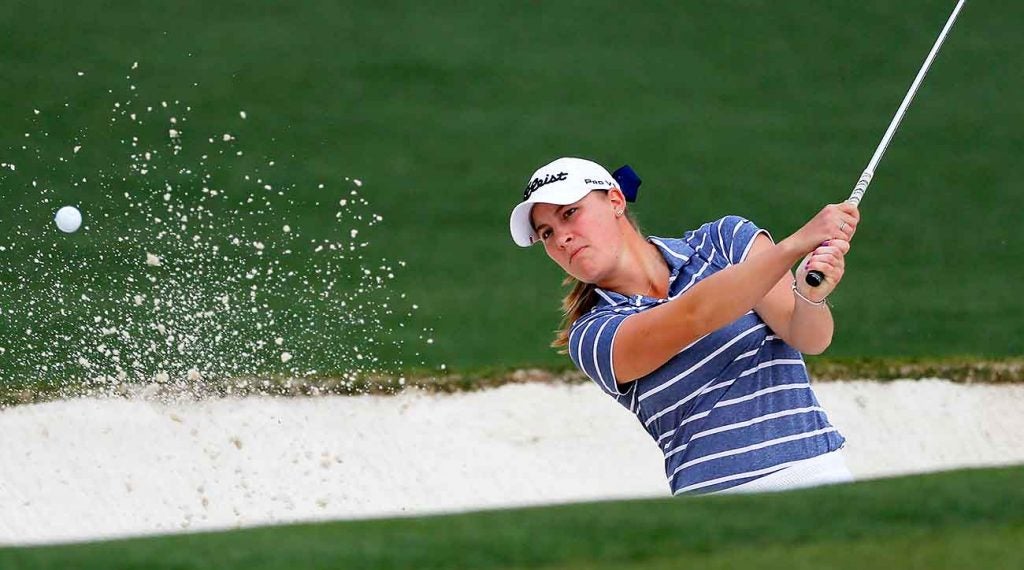 —Holds eight school records at Wake Forest
—Finished 21st at 2017 U.S. Women’s Open
—Earned full status on LPGA at Q-Series: 2018
—First player in Colorado history to be named both the Colorado Women’s Golf Association Player of the Year and Junior Player of the Year in the same season

"Living is like playing Tetris when you fit in you disappear"