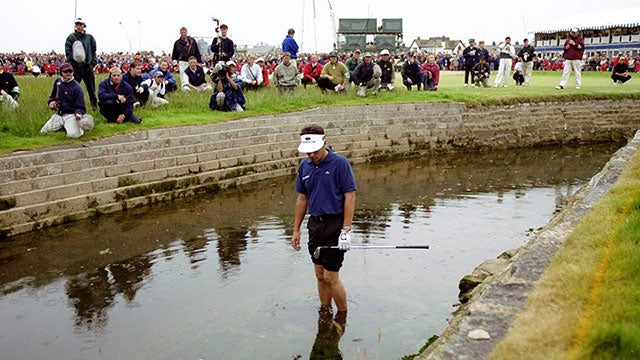 The affable French golfer Jean Van de Velde has a score to settle with Carnoustie.

Van de Velde, who turns 50 on May 29, will make his senior debut at the Senior Open Championship held at Carnoustie on July 21-24. It’s the same course where Van de Velde fell apart on the final hole of the 1999 Open. Leading by three shots, he scored a triple-bogey 7 on the 18th and later lost in a playoff to Paul Lawrie.

Van de Velde said in an interview with the European Tour that he hasn’t gotten tired of strangers asking him to relive those painful moments from 17 years ago.

“I am lucky enough to still be involved in golf,” he said. He added that he was looking forward to competing with peers who struggle with the same problems he does: “When they wake up their knee hurts, their back hurts, and so does their neck.”