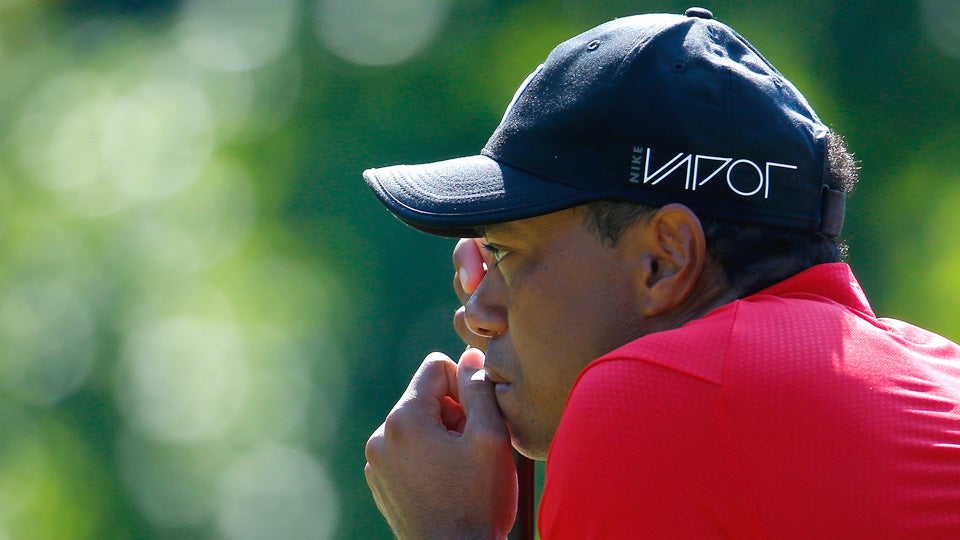 Ah, the gimme. It’s such an anachronism in big-time sports. Only in golf can an opponent gift, or not, an integral part of the competition. In a game where the rules run to over 100 pages due to their extreme specificity, concessions of short putts is based entirely on unspoken and unwritten traditions, which are supposed to transcend numerous situations, cultures and competitive makeups. So it’s not a surprise that an intense international competition was set ablaze by a contested gimme. No, the surprise is that it doesn’t happen more often.

2. Angela Stanford. How does one of the worst Solheim Cup players of all time beat one of the best, Suzann Pettersen, in a match that turned the tide? That’s sports, man. Amazing.

3. Cristie Kerr. Eight birdies in the span of nine holes? I believe that’s the very definition of redass.

4. Kevin Na. Loved seeing this scrappy competitor pour in a 72nd hole putt and then offer a tasty fist-pump. For the Tour rank-and-file, making the Tour Championship remains a very big deal.

5. Alison Lee. To be sure, she was way too hasty in picking up her ball – you gotta be certain in that situation. But for this UCLA undergrad to shake off all that juju and come back and win a huge match in singles was mighty impressive. 1. Sandra Gal. Lost in all the controversy – and the huge U.S. comeback – is that in the final match hometown hero Gal could’ve still delivered the Cup for Europe but she got dusted by the heretofore struggling Paula Creamer.

2. Pettersen. I respect her for (belatedly) admitting her folly. And let’s not forget, the rules were on her side. The problem here was Pettersen’s stridency and general tone-deafness. We’re talking about a putt of less than two feet – is this really the hill you want to die on?

3. Tiger. This latest back surgery marks another glum milestone in his decline. Sigh. 4. Marty Kaymer. He blew a three-stroke lead at the Italian Open then lost in a playoff to someone named Rikard Karlberg, continuing a winless year. Remember when Kaymer was going to be Rory’s biggest challenger to see who owned the game? Seems like a loooooong time ago.

5. The First Tee Open. It’s a great tournament played on America’s best golf course. So what’s the problem? I’m gonna be making my PGA Tour debut as one of the ams playing alongside the Seniors and First Tee kids. Fore, left!