Jason Day on Winning Majors, Battling Vertigo and His A-Team 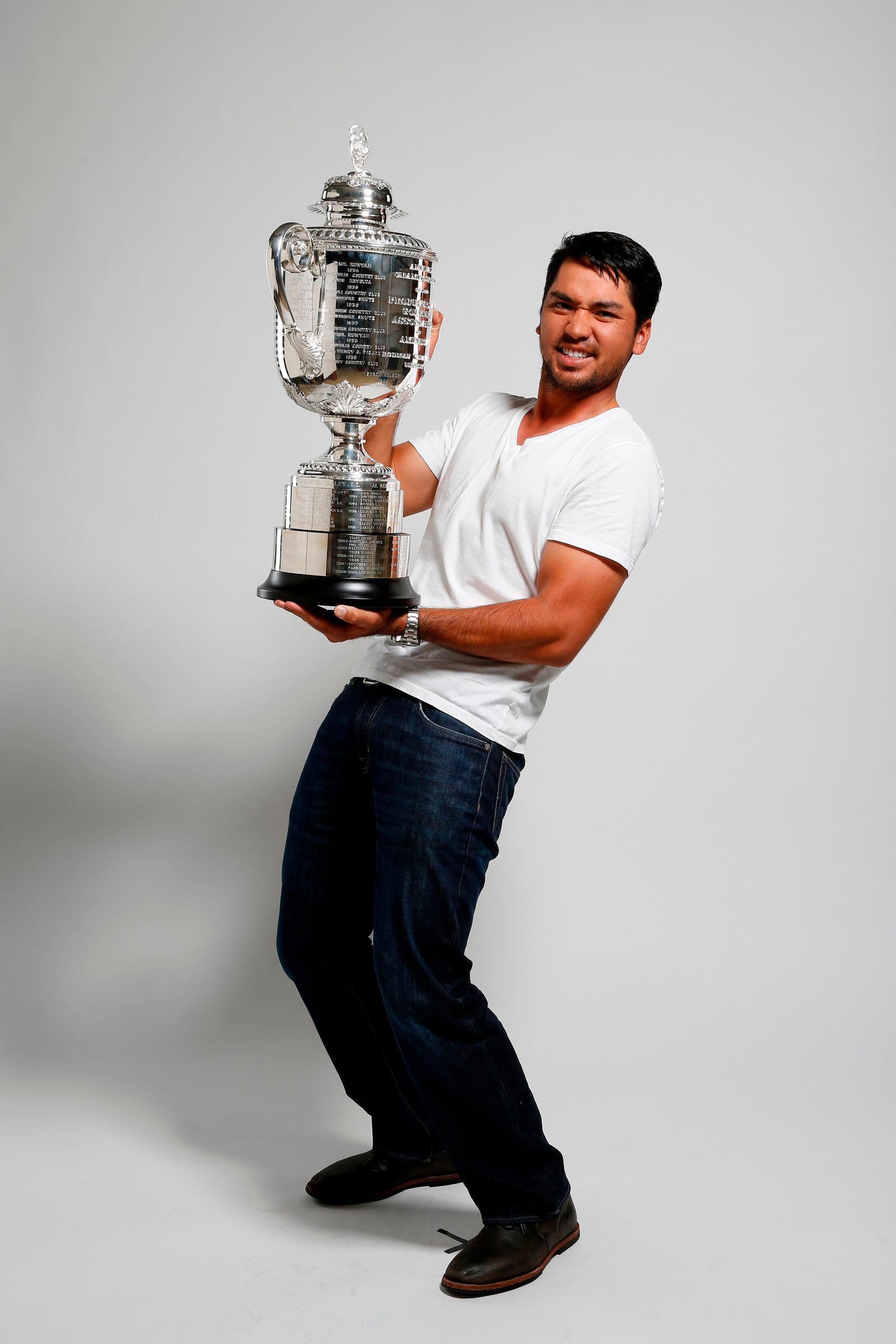 The best swing I made at Whistling Straits was my drive on [the par-5] 16th on Sunday. I led Jordan [Spieth] by three. I had to get it in the fairway, because I knew Jordan would birdie and get right back in it. I crushed it 325 down in the fairway. I was pumped for that second shot, a 4 iron from 230 yards. I hit a high, towering 4 iron to the green. Two-putt for birdie to keep that lead. That drive set everything up.

Fearful thoughts pop in. I don’t care who you are — Tiger in his prime, Rory, Jordan, me. At one point Sunday at the PGA, I was thinking about what I’d say at the trophy presentation. And on 18, I’m thinking, “Don’t hook it left.” You just have to stamp those thoughts out and visualize the shot.

My favorite moment with Jordan on Sunday was on 11. He hits a good drive, about 300 yards. Then I absolutely crush it 382 yards down the fairway. He gets up to [his shot] laughing his head off. He says to me, “Holy s—! Do you know where you hit your ball?” I just gave him a little bicep curl.

Some players don’t like stress. I do. It’s something that you’re born with, but that you also have to learn. I thrive under pressure. You have to love the fight. Hitting the big shot under major pressure is addictive. I can get used to hitting those big shots. I can get used to winning majors.

I’m on the 16th tee at the Masters in 2013. I have the lead, and I can’t breathe. My muscles are tight, tense, like I’ve just worked out. In my mind, I’m slipping on the jacket, not hitting the shot I need to hit. The pressure builds and builds. I’m so pumped that I hit the ball 15 yards too far. I bogey 16 and 17 and finish third. I wasn’t prepared for that pressure. The lesson? Stay present in the shot, the moment.

With vertigo, everything shakes, becomes blurry. You feel nauseous. At Chambers Bay on Friday, I was fine. No problems. Then on nine, my 18th hole, I turn to [my caddie] Col [Swatton], and he’s a blur. I feel like I’m moving 100 miles per hour. I have to find the ground—I feel like I’m going to be thrown off the earth.

Paramedics come, but I have to finish. [My ball] is in a bunker, with a stone behind it. I can’t reach down and remove it; my hand is shaking too much. An official grabs it for me. Everything — the green, the ball, my hands — is shaking. I don’t know how I can swing. I just find a way.

They pump a liter and a half of liquid into me, and I get some medicine. The next day, Saturday, I feel terrible. I tell myself, “Okay, just 17 holes left…now 15 holes left…now seven.” I shot 2-under. How? I don’t know. [Laughs] Muscle memory, I guess. I wanted to quit, but it’s the U.S. Open. It turns out that I can push myself further than I ever realized. And I took that with me to the British and the PGA.

You have to take risks and be okay with failure. Sometimes you’ll win in style, and sometimes you’ll lose big. Accepting either result gives you a sense of calm.

We didn’t have money growing up. I remember watching my mom cut the lawn with a knife because we couldn’t afford to fix the mower. We didn’t have a hot-water tank, so we had to use a kettle for hot showers. To think back on that, and to be sitting next to the Wanamaker Trophy, it’s an incredible feeling.

I get my work ethic from my mom. I slack off now and then, but you find out fast in golf if you’re not performing.

I have the most incredible team: Colin, Bud [Martin] my agent, and my wife, Ellie. They want me to be the best I can be. We have the same goals: We all want us to get to World No. 1. I don’t have yes-men. I have truthful people who tell me when I’m slacking. In 2012, they said to me, “You’re not working hard enough.” They were right. You can draw a line from that conversation to what I’ve done this year.

I guard against getting lazy. The moment I relax is when I start to go backwards.

I became a dad in 2012. I wasn’t totally prepared for parenting. It’s hard, difficult work. At the start, you get less sleep than you ever thought possible. You walk around like a zombie. And Ellie was dealing with postpartum depression, so to play [good] golf on top of that was hard. It affected our relationship and my game, but it made us even closer.

Dash is 3. Someday, when he’s grown, I hope he’ll say that his dad was a good man — that regardless of how much money he earned or how many tournaments he won, he treated people well. It’s good to be nice and friendly. Everyone has a story. Everyone is interesting in their own unique way. When you know in which direction your ball is going, golf is pretty fun — and it’s been a lot of fun for me lately.

There’s so much young talent, with Rory, Rickie, Jordan. I guess I’m the old man of the group. [Laughs] But when I play my absolute best, no, I don’t think anyone can beat me.

I’ve taken some leaps of faith to get here. Sometimes when you leap, you have to do it with your eyes closed.

I’m blessed to play golf, to be here talking about the good times and the hard times. I worked my butt off to make it this far, to finally win that first major. But I’ve also been so fortunate.

BIGGEST NON-GOLF TALENT: I don’t have any other talents. I’m not a jack-of-all-trades. I’m just really stinkin’ good at golf. [Laughs] That’s about it.

BRO CRUSH: I like Dwayne Johnson, the Rock. I used to watch WWE on TV in Australia, and I always rooted hard for him.

SUCCESS SECRET: Always play to win. It doesn’t matter what it is: golf, shuffleboard, playing cards. You might beat me, but I’ll do my very best to win.

ONE & DONE: If I could only win one tournament in 2016, I’d take the Masters. Watching Tiger win there in 1997 was what really got me going in golf.

MOVIE-STAR STRUCK: Who’d play me in The Jason Day Story? Good luck finding an Asian Aussie! Let’s go with the Rock again: someone chiseled, a good-looking cat, like me. [Laughs]