Jason Day closing in on victory at Australian Open 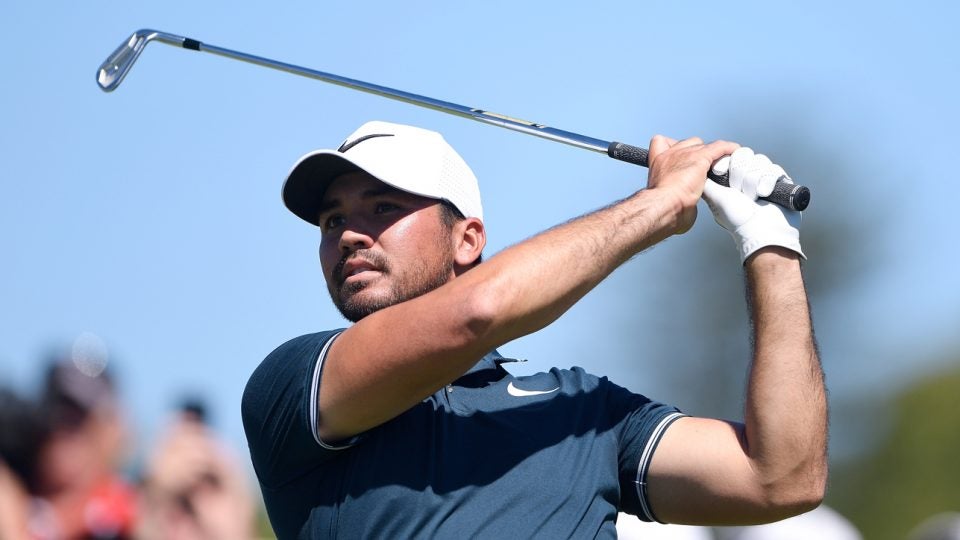 SYDNEY — Jason Day is prepared for a pressure-filled final round at the Australian Open on Sunday.

Day moved into position for his first Australian Open title after shooting a 2-under 69 Saturday to take a one-stroke lead. Jordan Spieth didn’t move up the leaderboard much after a 70 but still feels he still has a chance to win his third title Down Under.

Day, making his first appearance back home since 2013, birdied the 18th for a 54-hole total of 203, 10-under par, after a tough, windy day that made low scoring difficult.

He’s expecting more of the same on Sunday.

“It’s going to be just as tough, or if not tougher,” Day said. “So a lot more patience and hopefully I can pull through with a win.”

Day has a strong recent record of converting 54-hole leads into victories on the PGA Tour. He’s six for 13, but he’s converted five of his past six, including the 2015 PGA Championship.

Second-round leader Lucas Herbert was in second place after a 71. Jonas Blixt of Sweden shot 66 to move into a third-place tie with Australian Matt Jones (68), three behind Day.

Herbert had a two-stroke lead over Day, but on the par-3, 172-meter 11th, he pulled his tee shot into thick native bushes. He and spectators searched but couldn’t find his ball, so Herbert jogged back to the tee to hit his third shot, eventually making a double-bogey 5 to fall level with Day.

“I was actually really happy to make three with the second ball,” Herbert said. “I tried not to get too stressed about that and just make some more good swings coming in.”

Day, who hit only three of seven fairways on his even-par front nine, was in trouble off the first tee when he pushed his shot into the woodchips and trees. But he made a remarkable shot — between two trees and over another — and was just in front of the green for his third shot. He pitched to about five feet and made the putt for par.

“I think anything in the 60s tomorrow will seal the deal,” said Day. “I just need to focus on the golf course and not do anything too crazy.” Defending champion Spieth left himself a daunting task, sitting eight strokes behind Day.

Spieth bogeyed the fourth hole after three pars to open his round. He got that shot back with a birdie on the par-4 sixth, then needed putts of 12 feet and three feet to save par on the next two holes.

He hit wayward tee shots on the final three holes of the front nine, bogeying the ninth for a 1-over 36. On the back, he birdied the par-5 14th to get back to even par on the day, then added a tap-in birdie on the 18th.

When Spieth won his first Australian Open in 2014, he shot a then-course record 63 in the final round at The Australian to win by six shots.

“Yeah, that’s what we need,” Spieth said. “We need 8-under; that would probably be enough given the conditions for tomorrow, may not even need that much but it’s going to be so difficult tomorrow that I’ll go out and try and get under par early and just see what the golf course gets to.”

Spieth said six strokes was the largest deficit he’d made up in the final round of a tournament as a professional.

“So, if there’s any place to come from way behind, it’s here, from where I’ve seen,” he said. “Tomorrow’s going to be a grind for the leaders, going off even later. If I can sneak a few breaks in, get a couple of long putts to go or chip in or something like that. I’m going to have to have some magic.”