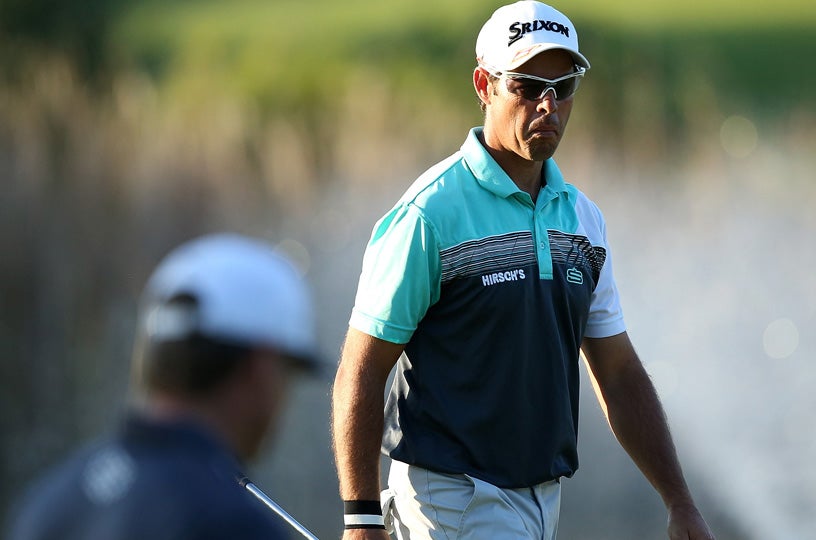 ANTALYA, Turkey (AP) — Jaco van Zyl made nine birdies and an eagle for an 11-under 61 Thursday to take a three-shot lead after the first round of the Turkish Airlines Open.

The South African’s eagle came on the par-5 11th hole and he then added five birdies on the last six holes for a score that would have been a course record if not for preferred lies being used.

“I played really nicely and honestly I thought four under par around here was a good score,” Van Zyl said. “I got it going early in the round and just kept it going. It was really good fun.”

Rory McIlroy made four birdies on his back nine and was in a group tied for fourth after a 67.

“I feel like my game came together a lot more on the back nine,” McIlroy said. “I was trying to find my rhythm for the first few holes and made a good par save on 18 which gave me some momentum going into the back nine, so overall I’m pretty pleased.”

Lee Westwood was second after a bogey-free 64, his lowest score in more than a year. Westwood made four straight birdies from the 14th but only picked up one shot on the five par-5s, which Van Zyl played in 6 under.

Westwood has slipped from No. 1 to 46th in the rankings after a disappointing season but said he feels like “something has finally clicked.”

“It’s stuff I’ve worked on before, but just a slightly different idea to give myself the same feeling as I got when I was playing well,” Westwood said. “I’m no spring chicken anymore. I’ve been training my hips to work in a certain way the last couple of years, but not playing very well and with not a great hip and leg action. I’m trying to train my way out of it now and get it back to where it was.”