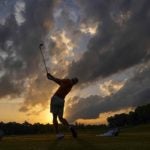 From a group of 25 finalists, the Jack Nicklaus Award winners will be announced in July.

It has been a quiet spring for college golf, just as it has been for just about every other sport confronting the fallout from the coronavirus.

But this week, 25 collegiate golfers (see below) received some good news when the Golf Coaches Association of America announced its finalists for the 2020 Jack Nicklaus National Player of the Year Award Presented by GOLF.com. (This is GOLF.com’s first year a presenting sponsor.)

The award, given annually to the nation’s top collegiate golfer across Divisions I, II and III, plus the NAIA and NCJAA, is one of college golf’s most esteemed honors. Past winners include Tiger Woods, Phil Mickelson and Justin Thomas. In 2019, Oklahoma State’s Matthew Wolff claimed the award just weeks before winning the 3M Open in his third-ever professional start.

Nicklaus and the GCAA worked in tandem to select finalists for the award after the coronavirus prematurely ended the 2019-20 collegiate season. The winners will be announced during the Memorial Tournament presented by Nationwide, scheduled for July 13-19 at Muirfield Village GC, in Ohio.

“I have a special place in my heart for this award, and it’s always been a highlight for us at the Memorial Tournament when we have the opportunity to recognize these young men,” Nicklaus said in a statement. “Like so many student-athletes around the world, these golfers have been stripped of competition, championships and other moments to create lasting memories. I am delighted to see that the GCAA and GOLF.com have worked to keep this well-deserved honor moving forward.”

Nicklaus was a decorated college golfer at Ohio State in the early 1960s. He won a pair of U.S. Amateur championships and an NCAA Championship before turning pro shortly after graduation.