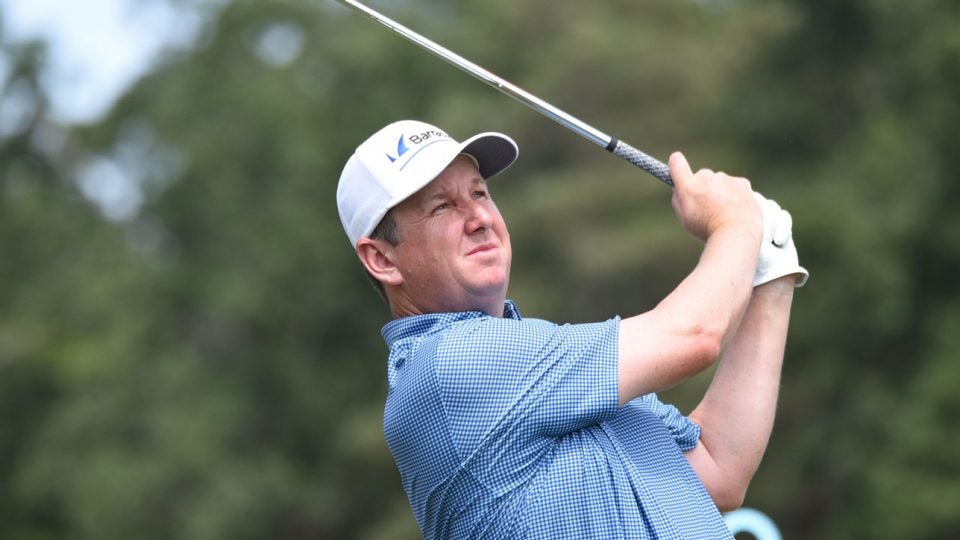 Standing on the 18th hole in the right rough, 185 yards from a back left pin, J.J. Henry hit the iron shot that saved his season. Henry’s approach landed on the front third of the green and chased all the way to the hole, settling pin-high just 5 feet away. His putt caught just enough of the right edge of the hole to fall in, pushing him into 125th on the FedEx Cup points list—the last man in—by just a single point.

ANOTHER birdie on 18 to get inside the top 125 of the #FedExCup.

These Guys Are Good. #QuickHits pic.twitter.com/YypozE2liu

Henry, who also birdied the 16th, entered the week at No. 134, but his finishing birdie pushed him into a tie for 16th at 11 under par. His 365 FedEx Cup points left him a single point ahead of Zac Blair, who began the week at No. 120 but will now head to the web.com tour Finals to improve on his conditional status for next season. Blair actually made the 36-hole cut, but was eliminated in Saturday’s secondary cut.