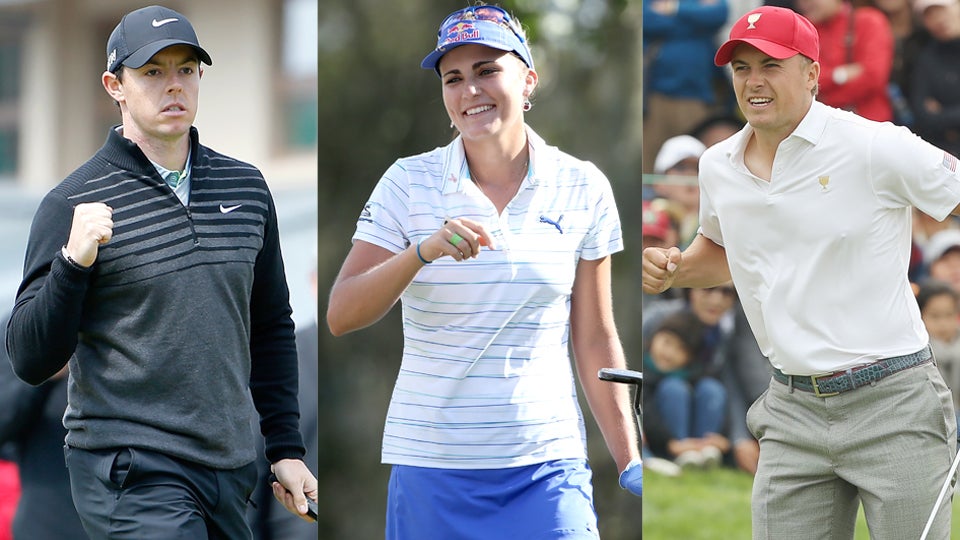 An aerial view of the construction site of the golf course for the 2016 Olympics in Rio.
YASUYOSHI CHIBA/AFP/Getty Images

The organization in charge of Olympic golf needs to up its game.

According to a first-of-its-kind report compiled by an initiative called Play the Game run by the Danish Institute for Sports Studies, the International Golf Federation (IGF) suffers from weak internal governance structures that leave the organization vulnerable to corruption. Among other duties, the IGF is responsible for the drug testing of potential Olympic golfers in the 13 weeks leading up to the the 2016 Rio Games.

The report evaluated the 35 Olympic international sports federations across four categories of good governance — transparency, democratic processes, checks and balances and solidarity with stakeholders — and calculated a score for each organization.

While the notoriously corrupt soccer association FIFA scored a 67.8 percent (out of a possible 100 percent), the IGF mustered only 27.8 percent, far below both the desired score for an organization of its size (75 percent) and the average score of all the federations (45.4 percent). Only the International Shooting Sport Federation (ISSF) separated the IGF from the bottom of list.

The report’s author, Arnout Geeraert, a post-doctoral researcher at the University of Leuven in Belgium, told GOLF.com that while IGF’s poor score was not indicative of any actual wrongdoing, its governance structure was still “very problematic.”

“If you don’t have robust international structures, there’s a higher likelihood of opportunistic behaviors and ineffective governance because those structures shape the behavior of individuals,” Geeraert said. “Everyone is looking at FIFA, but they should be looking at the other federations too.”

Geeraert pointed to a number of shortcomings in the IGF’s governance structure that demand “serious improvement,” including the lack of externally audited financials, term limits on federation officials, and rules on ethics and conflicts of interest. The IGF president, Geeraert says, is also the only federation president who is not elected, but rather appointed by a board.

Founded in 1958, the IGF is a Swiss-based organization recognized by the International Olympic Committee (IOC) as the world governing body for golf. But until recently, the federation did little more than organize world amateur team golf events like the Eisenhower Trophy.

When the IOC voted to return golf to the Olympics after a 112-year absence, however, the IGF became a major stakeholder in the growth of golf worldwide. Its members now include all the major professional tours and associations, and former R&A chief Peter Dawson serves as its president. Among its executive committee members are PGA Tour Commissioner Tim Finchem, USGA Executive Director Mike Davis and PGA of America CEO Pete Bevacqua.

IGF spokesperson Ty Votaw told GOLF.com that he wasn’t aware of Play the Game’s report and would not comment on its findings but stressed that the IGF is still “relatively new from an Olympic perspective.”

Only 16 of the 35 federations cooperated with the research. The IGF was among those federations whose officials, according to Geeraert, did not respond to multiple requests for participation, and the author says that might have been to their detriment.

“If they had cooperated with the research, we might have had a clearer picture,” Geeraert said.

The IGF isn’t alone in running afoul of Play the Game. A majority (26) of the federations scored below 50 percent, evidence of what Geeraert calls a “legitimacy crisis in international sports governance” that he believes the sports world has so far drastically underestimated.

The consensus among experts in sports governance is the root of the problem lies in Swiss law. According to Roger Pielke of the Colorado University Sports Governance Center, the IGF is one of about 60 international sports organizations headquartered in Switzerland, because the Swiss government enticed them with the prospect of tax exemptions and lax oversight when they were being recruited more than a century ago.

A series of reforms known as “Lex FIFA” have made it easier for Swiss authorities to reign in corruption at these federations, but as nonprofit organizations doing big business in a semi-unregulated environment, there’s still much that needs to be addressed, and Play the Game’s report could be an important first step.

“The reason we compiled this report was not to say, ‘Look how bad everyone is!’ but rather to stimulate debate with these federations,” Geeraert said. “I didn’t invent these concepts of good governance. They’re known to work, so maybe you should implement them.”