Inside the legendary Tuesday game: Mickelson unveils his favorite tale 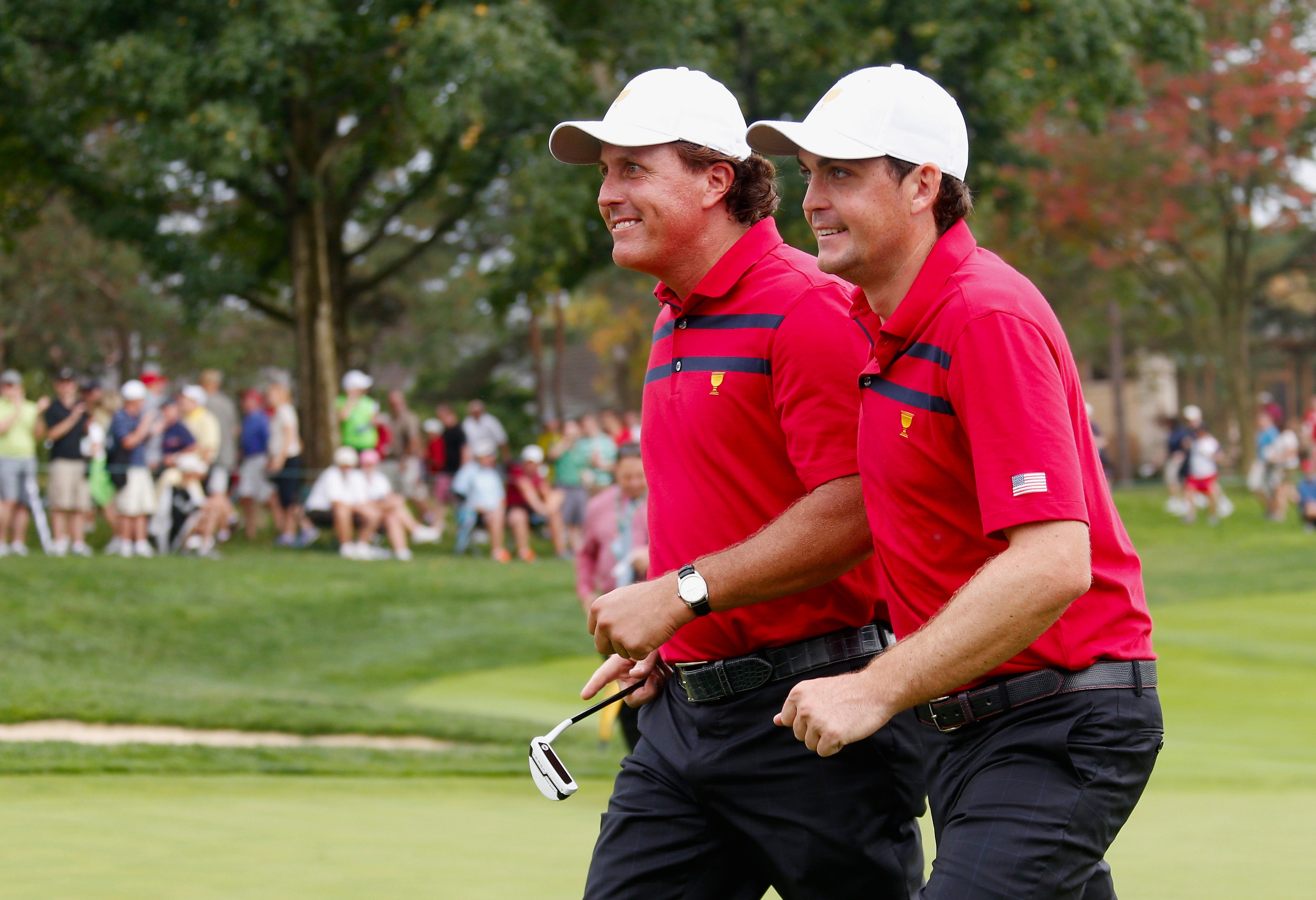 There have been many since they started about a decade ago, with Mickelson and a semi-regular crew playing for bragging rights (and some cash) at every PGA Tour stop.

Mickelson discussed the Tuesday games and more when he joined Sports Illustrated’s Alan Shipnuck for the GOLF.com podcast. During their hour-long chat, Mickelson talked in length about how the games started, how money changes hands and even unveiled his favorite story, which came during a Tuesday practice round at the Players Championship. (According to Shane Ryan, who previously reported on this same money match for a story in ESPN the Magazine, it was at the 2013 Players Championship.)

The teams were Mickelson and Rickie Fowler versus Keegan Bradley and Brendan Steele. Bradley, according to Mickelson, hadn’t won a Tuesday game in a year and a half.

The match started slowly, but Bradley caught a lucky break and took advantage on the 7th hole. His fatted wedge bounced off a sprinkler head 20 yards short of the green and nestled 15 feet from the hole. He made the putt.

“See, this is the day,” Bradley said.

That birdie putt put Bradley and Steele 2 up, and the match stayed that way until the 12th green, when Mickelson decided to play some head games. With Fowler and Steele out of the hole, Mickelson was next to play with a putt 16 feet away. Bradley was 14 feet out. Then Mickelson backed off his putt.

“Oh my goodness,” Mickelson said, pausing for emphasis. “This putt is the entire match.”

“And Keegan bit,” Mickelson said. “He goes, ‘Oh yeah, how so?’ Which is what I was hoping he would say.”

Seconds later, Mickelson rolled in his putt. Bradley quick-peeled his on the low-side, just as Lefty said he would.

Steele and Bradley each bogeyed the next hole to square the match, and Fowler and Mickelson made birdies on 15, 16 and 17 to win — you guessed it — 2 and 1.

“I just chuckle about that story every time I hear it,” Mickelson said.

Mickelson said Bradley took a “one-year sabbatical” before coming back and finally finding some success in the Tuesday game.

Check out the rest of the podcast below for more about the Tuesday game (and find out why Mickelson once handed Jimmy Walker a one-match suspension), plus how Mickelson thinks Tiger Woods has changed over the years and if he can win again, and so much more. You can subscribe to the GOLF.com Podcast here.