‘I miss competing so much’: Pro golfers are trying to keep busy but getting antsy

How are professional golfers using the unplanned sabbatical necessitated by COVID-19? Judging by social media, they’re doing a lot of pushups, cooking Insta-worthy meals and playing golf left-handed. But interviews this week with more than a dozen touring pros from all strata of the game paints a more nuanced picture. (And Jon Curran, of the Korn Ferry Tour, has begun painting again, an old hobby he had abandoned.)

Like the rest of us, pro golfers are confronting the challenges of working from home while also dealing with the uncertainty, fear, and boredom that has come with everyday life being upended by coronavirus. One of the most tireless workers in the game’s history, Tom Kite, has maybe for the first time ever let his clubs collect dust as all of the courses in his native Austin have closed down. “I’m waiting for a light at end of tunnel before getting after it,” he says. “I just miss golf. Not being able to hit balls, not being able to play golf with my buds, not having anything to prepare for and no tournaments on the horizon is really disheartening.”

Other players have taken a completely different approach, losing themselves in familiar routines even amidst these unusual times. Says Webb Simpson,”I am treating each week as a normal in-season off week so I’m trying to stay current with my workouts, mental preparations, and I’m playing as much as I would normally in an off week.”

Simpson’s home course in Charlotte, Quail Hollow, remains open. Access has become a paramount issue for the pros as state, county and local governments across the nation are taking different and often contradictory stances toward allowing golf to be played. In Las Vegas, LPGA vet Alison Lee has been clocking in regularly at TPC Las Vegas and Southern Highlands. “I’ve been playing friendly matches with friends and other pros who live in the area,” she says. One of Luke List’s clubs in Southern California closed but another is offering modified access. “You can use the short-game area and play the course, walk and carry your own bag,” he says. “So the upcoming weeks will bring me back to junior/college golf days looping my own bag. I know I won’t have it loaded down with all the ‘essentials’ like a big-ass staff bag!”

Many of the courses around Atlanta remain open but Stewart Cink has little interest in playing. “For the moment just being smart and protecting myself and my community feels like the right thing to do,” Cink says. “My wife [Lisa] is in an almost four-year battle with cancer. She’s doing great and has been in remission since late 2016 but is still in a higher risk group due to her ongoing treatments. So we are just mostly holed up here at the house like most others. Doing our part.”

Pros whose courses and gyms have closed are suddenly being confronted with some harsh realities. “I don’t even have access to a simulator or a net,” say Latinoamérica Tour veteran Mike Buttacavoli. “I assumed living in Miami would prevent me from ever truly needing those things. I guess I was wrong.” But he adds that he won’t be venturing out any time soon to hunt for golf training aides since his fiancé has lupus. “The last thing in the world I want to do is get her sick,” Betta says. Brian Gay is another pro who has been caught off-guard by the shifting landscape. ”I was planning on working out a bunch but there’s nowhere to go,” he says. “Wishing I had set up my gym at home but now the equipment is hard to find.”

Done! Personal best for 45min ride! @onepeloton @alextoussaint25 @rorymcilroy @mpressel @charleyhoffman @tourwifetravels What other Tour pros want to throw their name in!?! If you did this ride, post your results! Love to see everyone getting after it! Also, calories on my bike read high. My @whoop says I burned 632. My heart rate monitor comes today so it should start reading a little more accurately.

Other players are better appointed. Scott McCarron has a full simulator, practice green and a Peloton bike, the last item suddenly having become a new kind of currency in golf circles. Justin Lower, a Korn Ferry player hunkered down in Ohio, says,“Our basement is tall enough, ceiling-wise, to where I can swing. I have a net down there and a little makeshift putting green. Runs probably 10 on the Stimp but I can’t hit more than 6-footers.” With a laugh, he adds,”So I should be good from 6 feet and in.”

Peter Malnati has discovered that when life gives you lemons you order the lobster tail. “I have a basement golf room with a simulator and some mirrors,” he says. “I’ll be swinging it like Adam Scott after this break!” Kelly Kraft has spent many hours chipping in his backyard. “It’s mostly for fun to pass the time,” he says. “I wouldn’t say it’s real practice. It’s hard to simulate a real situation off the fake turf. I do have a putting mat that I use inside to keep my eyes sharp and seeing the line okay. For me, my aim is always the first thing to go so it’s nice to keep that sharp.” Carlos Ortiz is looking for stimulation any place he can find it: “I’ve been playing 18 holes on the PlayStation to keep my mind fresh.”

But with no tournament golf in the foreseeable future plenty of players are finding motivation in short supply. “Self-improvement, what’s that?” cracks Jane Park. Kevin Na has shifted his focus from golf to more important things: “I’m trying to see this as an opportunity to rest and spend time at home with the kids. I’ve been a pro golfer for 19 years and never experienced time off like this. I always wanted more time at home so I’m trying to look at this as glass-half-full. [My daughter] Sophia sure likes it because daddy’s home every day.”

Brett Quigley, who picked up his first PGA Tour Champions win earlier this year, has been enjoying helping his kids with their at-home learning. “I have been reading my daughter’s seventh grade lit books,” he says. “The series that I’m on now is Blackthorn Key. It is fantastic and I would highly recommend it.” Brian Davis, too, is relishing the family time: “One of the best things is having teenagers who think I am so uncool but now they’re forced to be with me. Between shooting hoops, walking the dog, playing board games and blackjack, it’s actually been great to have this time with them.” Chuckling, he adds,”Now ask me in two weeks time — we may need a break from each other!”

Indeed, family life can be fraught. Just ask Brendan Steele, who tweaked his back while pushing his daughter in her stroller. “She dropped her stuffed animal and I lunged for it,” he says. Not all heroes wear capes…and some carry treats in their pocket. “The dog is very happy we are home,” McCarron says.

How else are pro golfers passing the time? Davis Love (two days before his house on Sea Island was lost to a fire) offered a laundry list: “Turkey hunting, projects in my barn and at the hunting property, entertaining three granddaughters and improving my heavy equipment operating for the course design business.” Luke Donald says, “I’m trying to use the time wisely — as Churchill once said, ‘Never waste a good crisis.'” His current pursuits include cycling, meditation, cooking, reading more (Whole New Mind by Daniel Pink and Digital Minimalism by Cal Newton), and “breathing exercises for my mind and my back.”

Alison Lee has formed a long-distance book club with her old UCLA friends and is currently tearing through Little Fires Everywhere and The Red Tent. Buttacavoli is helping to plan his wedding and has taken up day-trading during a period of unprecedented stock market volatility. “I’m devoting time to it every day,” he says. “I would say using my brain again outside the golf course is the best part. It’s going pretty well so far. It’s definitely teaching me discipline. I studied economics in college but that was 10 years ago — you don’t really learn this stuff in a classroom but it’s nice to have to think this way again. Learning to be disciplined and not try to hit a homerun every time has allowed me to make a little each day.”

For all the ways these pros are filling up their time, a huge void remains. “Other than sleeping and eating, all I want to do is compete,” says Christina Kim. “I miss my friends on tour, I miss the travel, I miss the sense of calm and oblivion that being on tour provides me. I miss being able to see my fans, friends I’ve made over the years, getting to eat at my favorite restaurants, to see some of the amazing places this country has. The list goes on. But I miss competing so, so much.”

Adds Ortiz, ”I love being able to spend so much time with my girls but I would give anything to get back out there and compete. That competitive drive in us doesn’t just quiet down because we can’t play. I’m sure you’ve seen all the golf swing and action shot challenges circulating on social media … we’re getting desperate!”

Curran misses golf, too, but the harsh realities of the fight against coronavirus hit home; his wife Valerie works at an urgent care facility in Jupiter, Fla. “We’re staying the course,” he says. “She’s pretty good about not getting stressed so I follow suit.”

Unlike medical supplies, perspective is not in short supply these days. With plenty of time to reflect, Luke List says, ”I feel very fortunate for all that we have and know there are so many others struggling. I’m hopeful for the return of our sport, our economy and general human wellness.”

The abrupt interruption to the season has left fans everywhere pining for golf. Turns out the players are missing the fans, too. Na wanted to end his conversation with a special message: “To all the golf fans, I hope everyone is safe and healthy.” 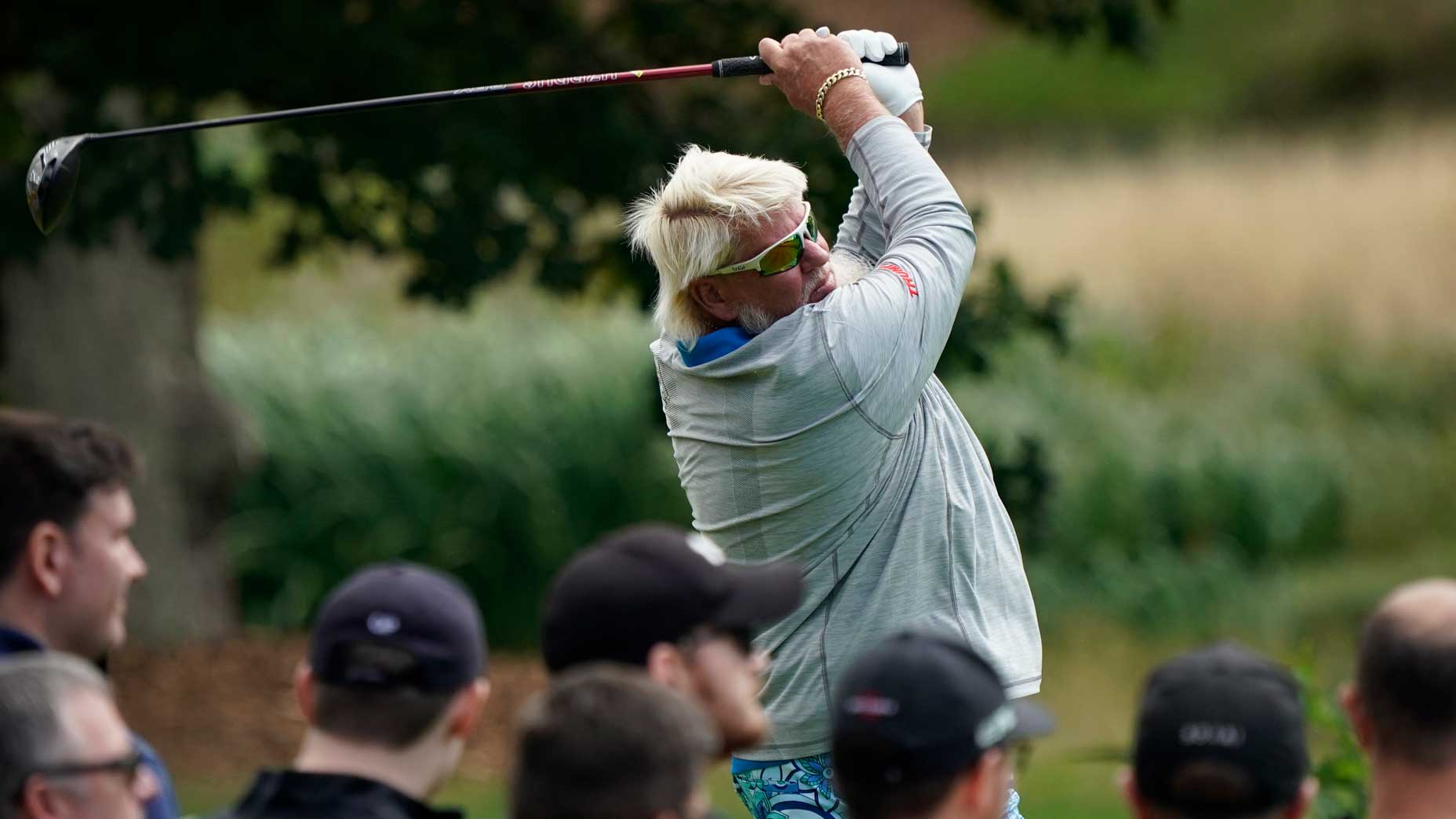 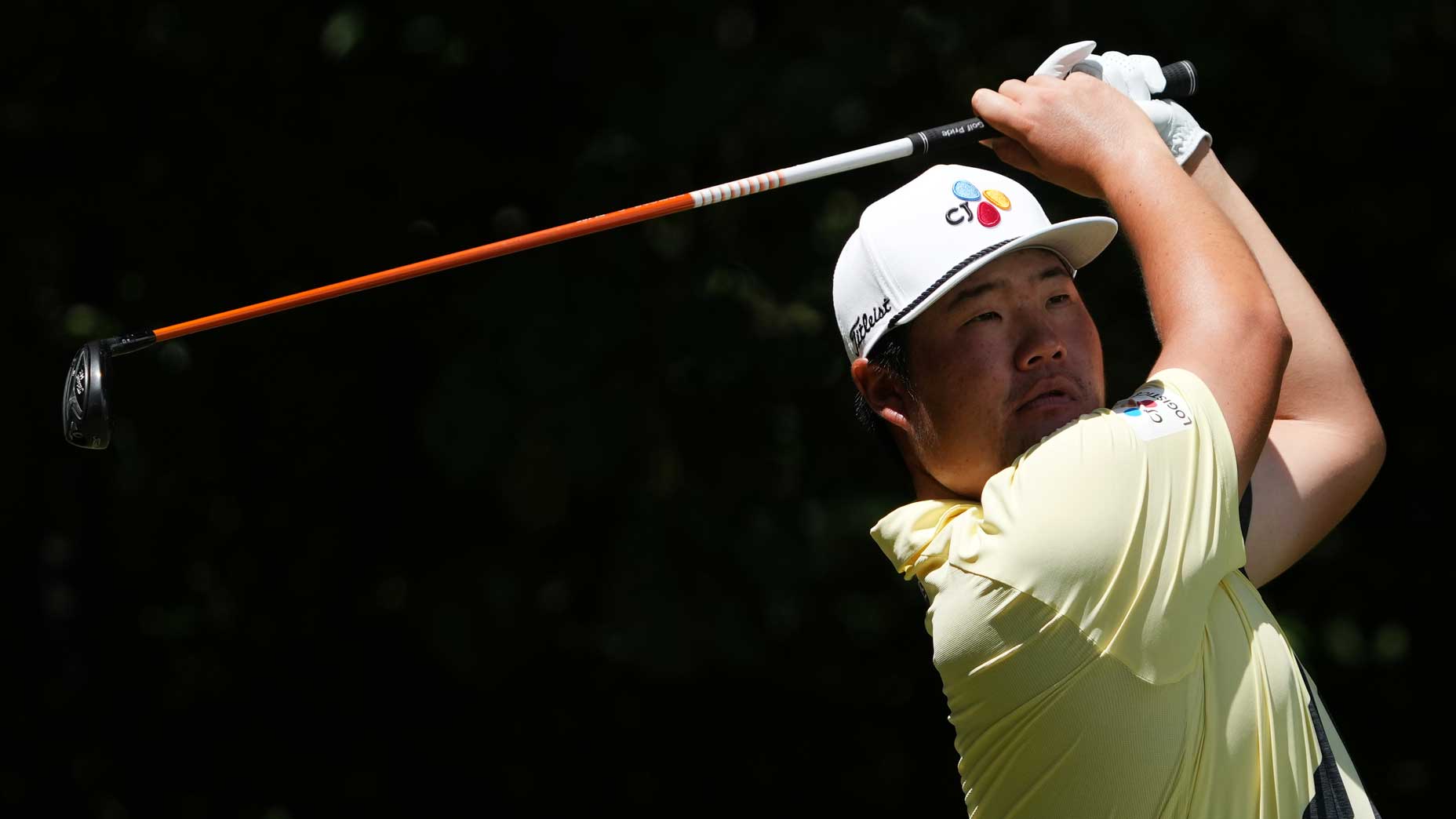 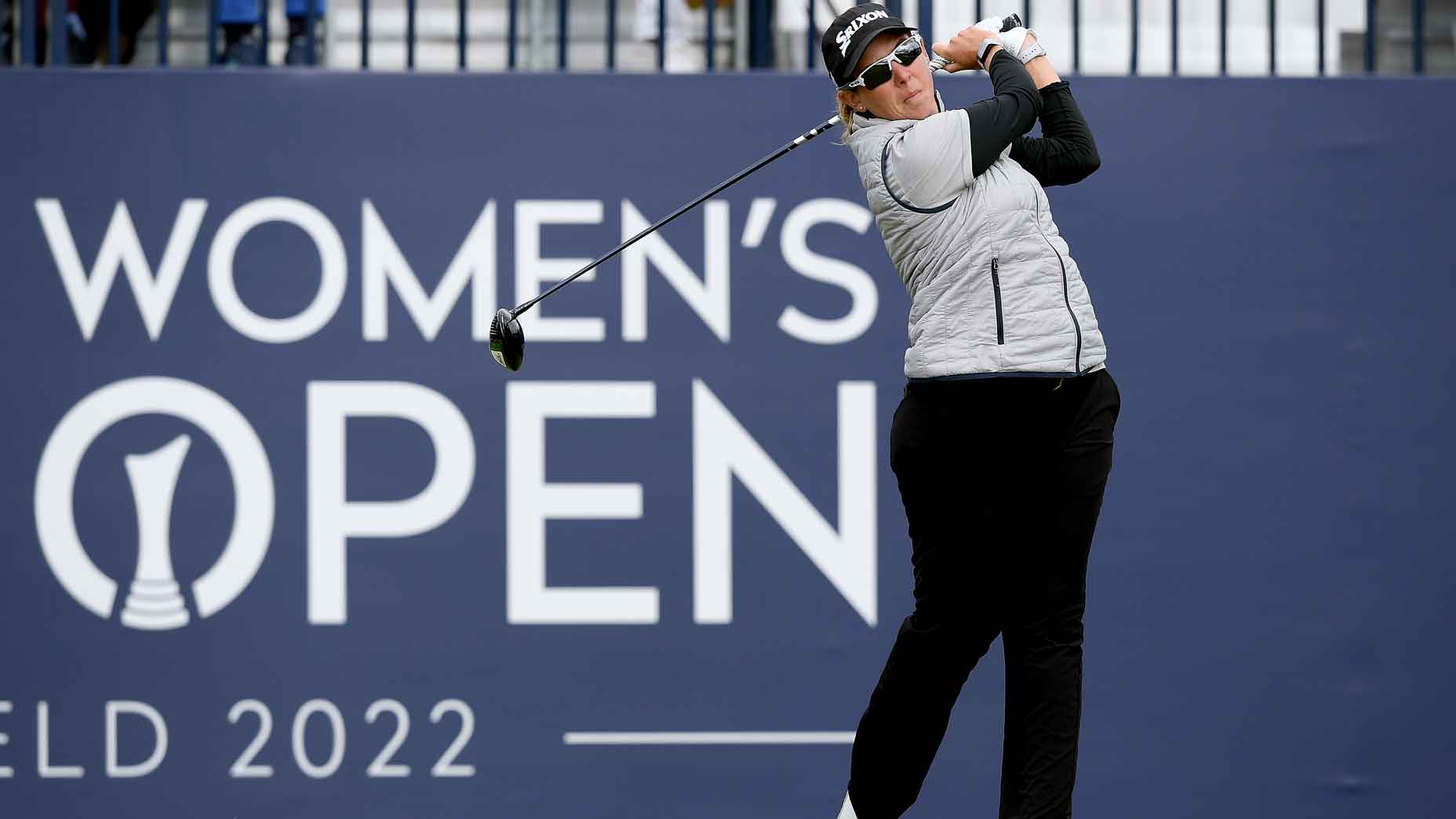 A near-perfect round at Muirfield, plus 2 other things to know from the AIG Women’s Open
Go to mobile version