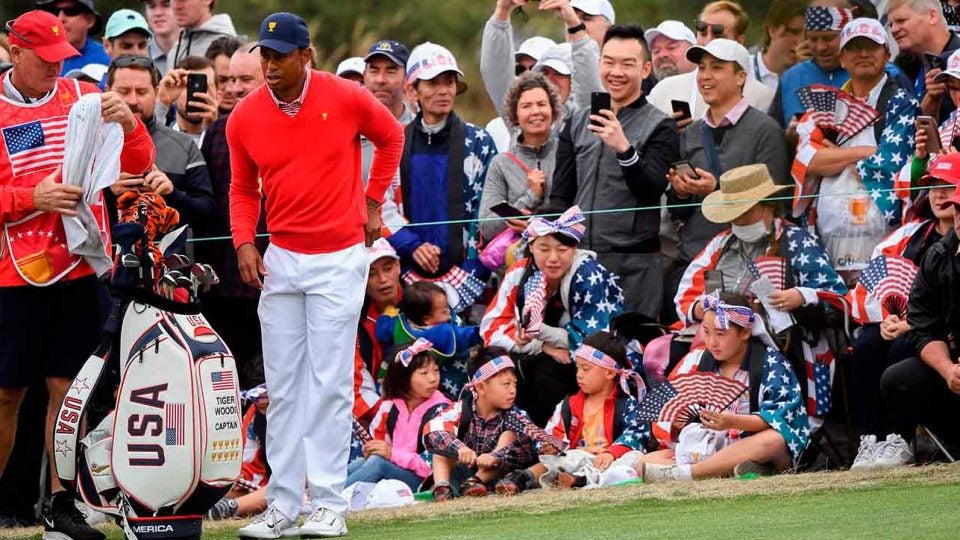 Tiger Woods played lights-out in Match 1 one, helping bring home the only win of the day for the Americans.
Getty Images

Day 2 of the Presidents Cup at Royal Melbourne Golf Club in Australia is upon us. The U.S. heads into the second session trailing for the first time since 2005, 4-1. Here’s everything you need to know about how to watch the day’s action.

How to watch the Presidents Cup: Day 2

The Presidents Cup is in Australia this year, which means the matches will be played in a time zone 16 hours ahead of the east coast of the United States. While the event runs from Thursday to Sunday at Royal Melbourne, the time difference means that for viewers in the United States, Day 2 actually starts on Thursday night.

The second session on Friday in Australia (Thursday night in the U.S.) features five foursomes matches. In a foursomes match, each foursome is split into two teams. Each team then plays one ball, alternating shots until the ball is the hole, with the lower score of the two teams winning the hole.

News
Tour Confidential: Facing a three-point deficit after one session, is this U.S. team already doomed?

Els elected to ride the hot hand, starting Adam Scott and Louis Oosthuizen against Dustin Johnson and Matt Kuchar in Match 1. That match is set to begin at 11:02 a.m. on Friday morning in Melbourne, which is 7:02 p.m. ET Thursday night.

The Tiger Woods and Justin Thomas pairing that earned the U.S. team’s only point during Day 1 play faces off with Ben An and Hideki Matsuyama in Match 4. That match tees off at 7:41 p.m. ET. After the second session, eight more matches (four fourball and four foursomes) will be played in Saturday’s third session and 12 matches of singles will be played in Sunday’s final sessiom.

All four remaining sessions will be broadcast on Golf Channel in the United States, so that’s where you’ll need to tune in to watch the action. You can watch online at NBCSports.com with cable credentials, or by signing in to your PGA Tour Live account. Check out the TV schedule and full list of Day 2 matches and tee times below. 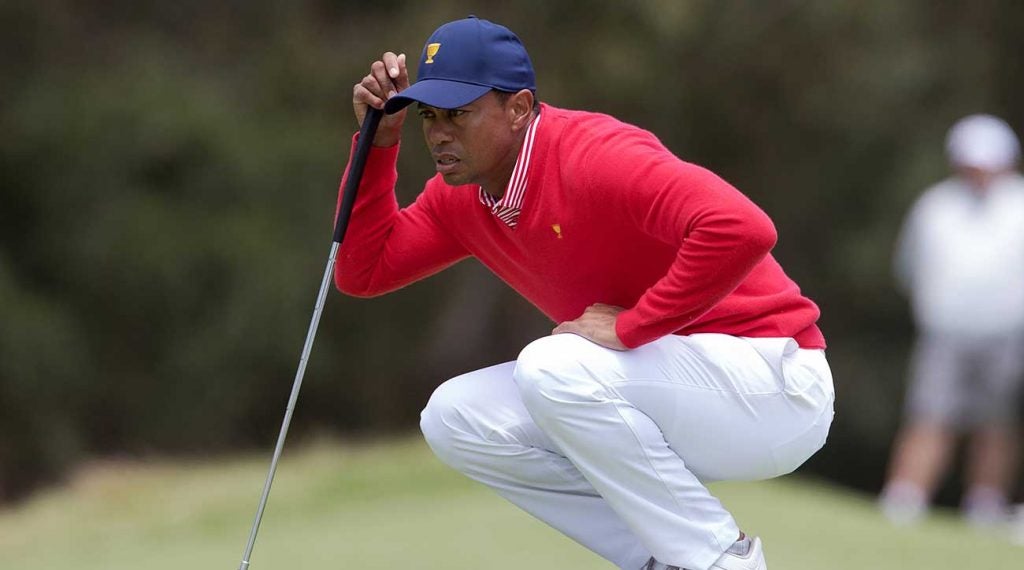