Money Game Mailbag: How much does it *really* cost to be a Tour pro? 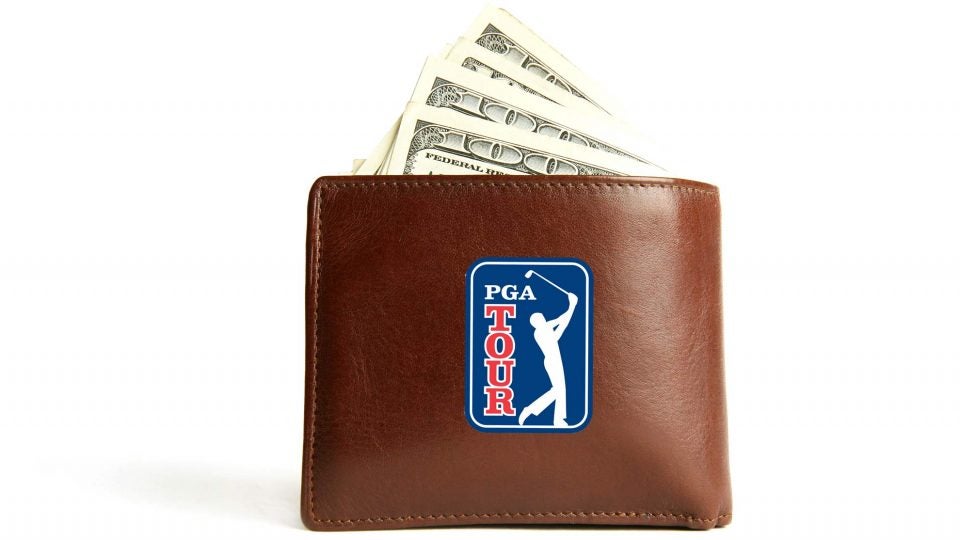 After travel and taxes, the pros don't make as much as you might think.
Getty Images

Editor’s note: Welcome to the Money Game Mailbag, a new GOLF.com column in which we’re fielding all of your burning questions at the intersection of golf and, you guessed it, money! Have a query for us — on your personal (golf) finances, the economics of golf, or if jumbo winner’s checks are actually cashable — and our resident golf-and-finance whiz, Paul Sullivan, might just answer it in an upcoming column. Email your queries to him at moneymailbag@golf.com. This week, Sullivan tackles your questions on club memberships, Tour pro costs and how much of your budget you should spend on golf.

Does a golf club membership ever pay for itself in a strictly financial sense? — tpowers319, via email

Did my wife submit this question? (You’re the best, honey!)

If you think in strictly financial terms, the answer is almost always no. But let’s parse this one.

The math first. Your initiation fee could range from a couple of thousand dollars to hundreds of thousands of dollars. When Liberty National opened in the pre-crash boom time of 2006, it charged an initiation of fee of $500,000, but the story was that sum came with a “free” set of clubs. Whatever the price, consider the initiation table stakes — even if it’s the equivalent of a downpayment on a house.

The dues are where you want to look to understand the difference between joining a club and using that same pot of money to play a rotation of nice public tracks. Let’s say dues are $10,000 a year and the greens fees for a guest are $150. If you were that guest, you’d need to play 67 rounds to get your $10,000 worth. That’s a pretty full season up north, and it doesn’t account for the times people invite you to their clubs.

Travel
If you had bought stock in Pebble Beach 20 years ago, here’s what it would be worth today

If you can play golf year-round, the strictly mathematical value proposition is easier to make, but if you’re up north — and even if you have the most loving, understanding golf spouse like I do — there’s no way you’re getting to 80 rounds, at least if you want to stay married, see your kids and hold down a job.

But there is a better way to look at this — at least it’s how I look at our club membership. In addition to golf, does the club have tennis, a pool, maybe a beach club? Is there a paddle program in the winter? What about activities around the holidays for children? Those non-golf extras should be considered in determining the worth of a club membership. After all, a membership can force you to get out and enjoy yourself. You’re paying for it anyways!

What does it really cost to be a tour pro? — Josh LeClair, Seattle

Travel and taxes are going to be the big expenses, with caddie fees coming in third. They easily eat up close to 60 percent of a player’s winnings — even more if you’re Phil Mickelson living in super-high-tax California versus all the other pros living the good life in low-tax Florida or Texas. (Mickelson griped a few years back about paying 63 percent of his income in taxes alone, and that was before taking care of his then-caddie Bones Mackay and jetting around to tournaments. He has since announced he has plans to move to Jupiter, Fla.)

But for players not making millions those expenses become more of a factor. Take Mike Goodes who has had great success on the PGA Tour Champions, with more than $6 million in winnings from his decade on tour. (It’s an even more impressive accomplishment when you consider that not only did he not play on the PGA Tour, but he also didn’t play collegiately.)

As he told me recently, it’s expensive — and getting more so — to be on tour. “What it used to cost me to go to Hawaii it now costs me to go to Iowa,” he said. “You look at your prize money, the government takes almost half. Your caddie takes almost 10 percent. Then your travel could easily be another 10 percent or more depending on what you make. It’s 60 to 70 percent of what you make before you ever go home.”

So, while the earnings may look better than any day job, there are considerable expenses that have to be paid whether you make the cut or not.

There’s an old adage that says you shouldn’t spend more than 25 to 30 percent of your income on housing. Is there a similar calculus for golf? — Stephen Alvare, Sante Fe, N.M.

This is a fantastic question and it could be applied to any discretionary expense.

Housing is a fixed expense that we all need, which is why that 25 to 30 percent of our income guide works well. But golf, presumably, is just one discretionary expense among many. Let’s say a couple earns $200,000 a year. About 40 percent of that will disappear in taxes. Of the $120,000 that’s left, put aside the 30 percent for housing. That leaves you $84,000, or $7,000 per month, to spend however you want. Of course groceries, utilities, car payments have to get deducted from that, so maybe you really have $5,500 a month. And while I’d like to see you enjoy as much golf as you’d like, you really should save some of that money for the day when you retire and want to play golf whenever you’d like.

Just looking at my own math here, I’d venture something on the order of 5 to 10 percent wouldn’t be crazy to spend on golf. But again, you have to know what the other discretionary expenses are. There are dinners out, non-golf vacations, maybe a ski or fishing trip. It adds up. But at the end of the day the best advice is to know your fixed costs, figure out how much of what you have left you want to spend on golf and then be realistic about sacrifices you may need to make elsewhere.