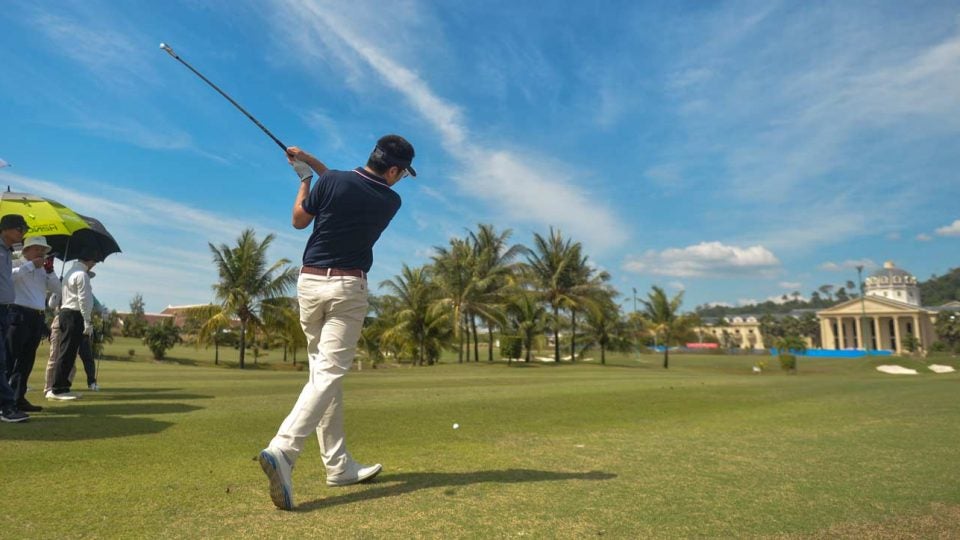 Amateur golfers average over 80 yards less off the tee than pros.
Getty Images

This morning the USGA and R&A released their long-awaited Distance Insights project, a joint effort by the two governing bodies of the sport to study distance and its past, present and future impacts on the game.

While the report contained plenty of valuable data regarding distance in golf, it stopped short of offering any concrete solutions to the distance problem. An interesting section of the report studied average driving distance of amateur golfers.

Tournaments
Here’s the *real* goal of the new distance report, according to Nick Price

Now to the nitty gritty.

In 2019, the average distance for male amateur golfers was just 216 yards. This data was collected across 1141 shots of players with varying handicaps. It’s unsurprising to see that lower handicap players have longer average driving distances when breaking it down by handicap. Players with handicaps less than 6 average 239 yards, compared to 177 yards for 21+ handicappers.

Female golfers had an average distance of 148 yards in 2019, and the discrepancy between high and low handicap players is even more drastic. Low-handicap players (<6) average 197 yards off the tee, while players with handicaps 29+ average just 120 yards. The full breakdown can be seen in the charts below. 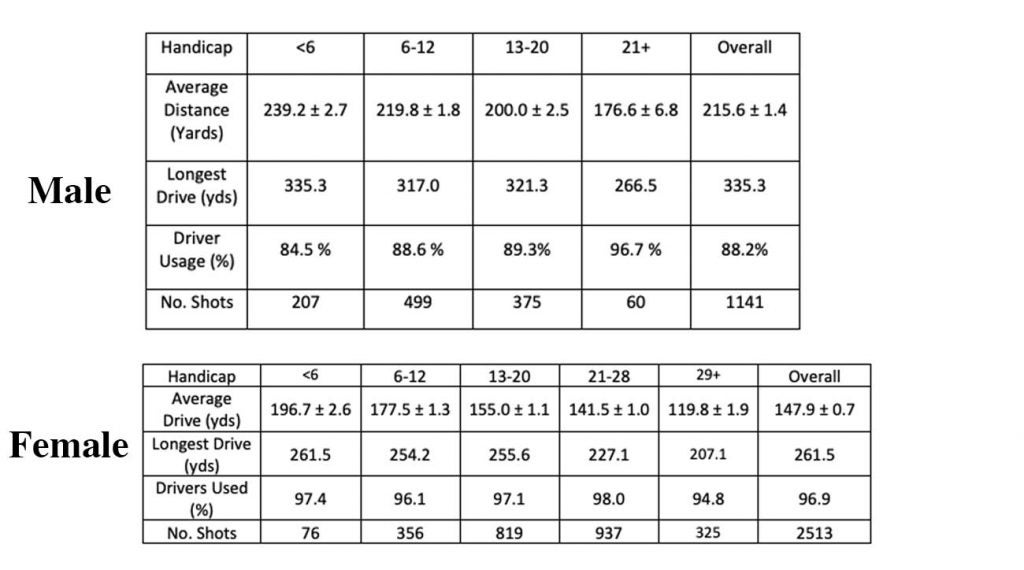 The report also shares this data in the chart below illustrating changes in amateur distances for male golfers from 1996-2019. Average driving distance across all handicaps was 200 yards in 1996 with steady increases until 2005, when the average topped out at 217 yards. There are two important jumps in driving distance during this 10-year stretch: between 1999 and 2000, and between 2004 and 2005.

Technological improvements in equipment can (at least partially) be attributed to these two jumps. The jump at the turn of the century coincides with the beginning of the shift away from the liquid-filled golf balls to the contemporary solid construction that is still used today. While the steady increase and eventual jump to the ceiling in 2005 is when club manufacturers were adjusting clubface thickness and introducing adjustable weights for their products. There are a handful of other reasons for these increases, but those are two main contributing factors. 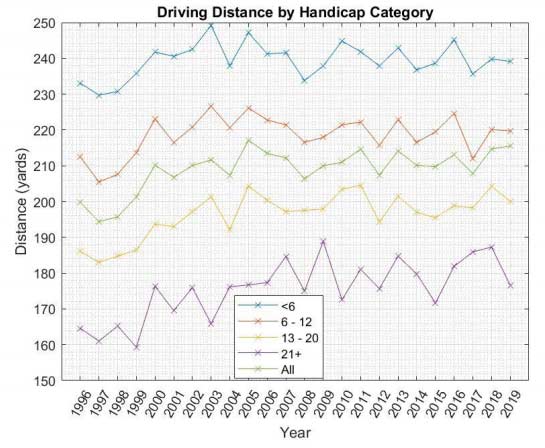 As if amateurs needed any more reminding, this data reflects just how large the gap is between them and professionals. This season, the PGA Tour average driving distance is 297, while the leader in that category is Cameron Champ at 322 yards, over 100 yards longer than the average male amateur.

But worry not, there is hope for short hitters. Graeme McDowell, who averages *only* 273 yards off the tee is a major champion, and he just won the Saudi International over the weekend. So just add some 58 yards to your drives and you’ll be well on your way to becoming a pro. Just don’t forget about your short game.