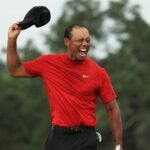 A fall Masters brings new weather, new storylines and, of course, new TV challenges. During a conference call with reporters on Tuesday, CBS Sports Chairman Sean McManus broke down how the new Masters date will fit into the network’s weekend programming come November.

If the Masters was held during its typical April spot, its third and fourth rounds would end around 7-7:30 p.m. ET. But now golf’s biggest major is competing with CBS’ other big-time money-makers in the NFL and college football. How will they all get along? McManus explained.

The third round of the Masters on Nov. 14 will see a small change, as the SEC moved its Alabama vs. LSU matchup from a 5 p.m. to 6 p.m. start, which means the Masters will finish around 5:30 p.m. ET.

The final round of the Masters on Nov. 15 will see the most notable change, as it’s now scheduled to start at 9 a.m. and finish between 2-2:30 p.m. That gives CBS enough time to accommodate a potential playoff and still get to its NFL broadcast at 4:05 p.m. ET.

McManus said the scheduling tweaks will be beneficial for all parties. “It’s a really good example of how a partnership in the world of sports television can work out so everybody benefits,” he said.

The final round of the Masters will actually be broadcast in a similar window as 2019’s version, when Tiger Woods won his fifth green jacket. Tee times were moved up to get the last round in before storms entered the area, and Woods finished around 2 p.m.

The Masters, which won’t allow fans on site this year, begins on Nov. 12 at Augusta National Golf Club in Augusta, Ga.