Here’s what you missed from Round 3 of the WGC-FedEx St. Jude

Some of the game’s biggest names took Moving Day to heart on Saturday, making big jumps up the leaderboard to get into position for Sunday’s final round at the WGC-FedEx St. Jude Invitational.

Here’s everything you missed from the third round action in Memphis.

What a statement from the World No. 3. After two solid rounds of 69-67, McIlroy lit it up on Saturday, matching Jon Rahm’s low score of the tournament with a sizzling nine-birdie-one-bogey 62.

A win this week would mark 17 total career Tour victories for McIlroy, in addition to being his third win of the year. He also has an incredible 11 top-10 finishes thus far thus far this season.

He currently leads Brooks Kopeka by one shot. 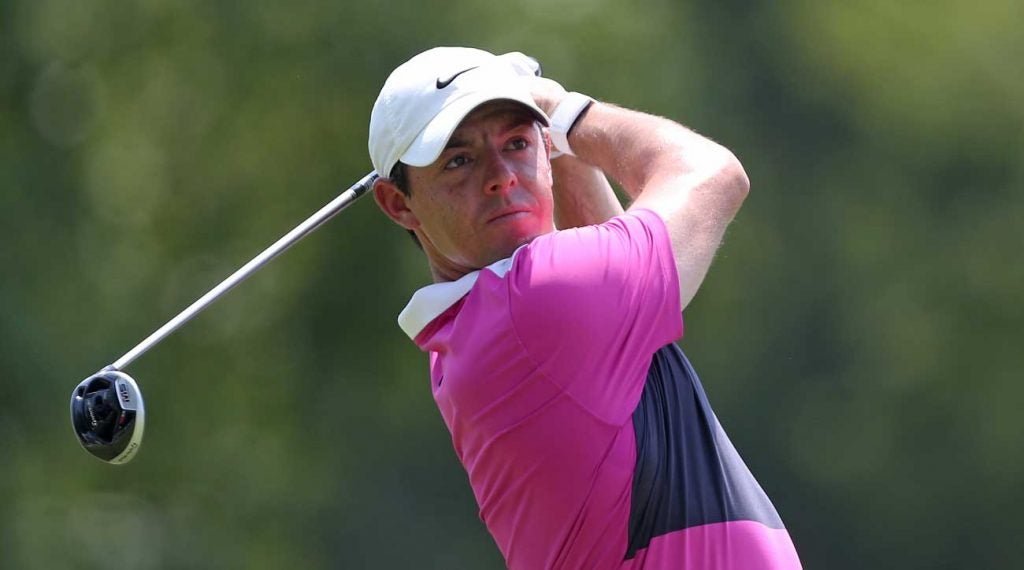 Rory McIlroy is hoping to claim his 17th career Tour victory at the WGC-FedEx St, Jude Invitational on Sunday.
Getty Images
And speaking of Brooks ...

A super-stellar round by Brooks Koepka was overshadowed by McIlroy’s charge. But like McIlroy, Kopeka has been getting better every day: 68-67-64. His seven-birdie-one-bogey performance on Saturday sets up what will hopefully be a memorable Sunday showdown with McIlroy for the title.

Rising up the leaderboard.

News
‘Overwhelmed’ McIlroy says he had to stop himself from crying several times during Friday’s British Open run
Who else has a chance?

Besides Rory and McIlroy, there are 11 other players who are within five shots of McIlroy’s lead at 12 under par, including second-round leader Matthew Fitzpatrick at 10 under, first-round leader Jon Rahm, Marc Leishman and Alex Noren at 9 under, and Tommy Fleetwood and Justin Thomas at 7 under.

Putt ?
Celebration ?@JonRahmPGA birdied the last to get to just three shots off the @WGCFedEx lead heading into Sunday.#LiveUnderPar pic.twitter.com/mz6xW4hdPp

Putters
Hideki Matsuyama’s new Scotty Cameron putter will make you nostalgic
And one other fun storyline ...

Wells Fargo champ Max Homa hasn’t had his best showing this week (he’s second from last heading into the final round). But after he endured some flak for his poor play from fantasy golf participants on social media, something cool happened: Twitter users started pledging money to St. Jude for every birdie Homa makes.

Despite suffering his worst score of the week on Saturday — a seven-over-par 77 that included a triple and two doubles — Homa did card three birdies to add a bit silver lining to the day.