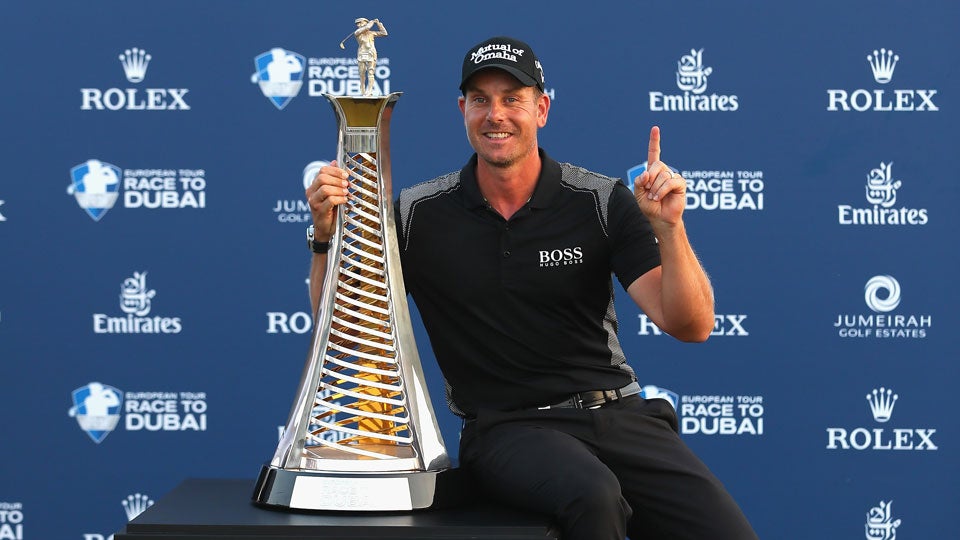 DUBAI, United Arab Emirates (AP) — Henrik Stenson won the Race to Dubai title for the second time in four years on Sunday, and Matthew Fitzpatrick claimed the biggest victory of his short career at the World Tour Championship.

Fourth-ranked Stenson shot a 7-under 65 in the final round in Dubai to stay ahead of his rivals in the year-long race. The Swede earned a bonus of $1.25 million as the European Tour’s top player.

Stenson’s closest rival in the race this year, Masters champion Danny Willett, remained second after finishing tied for 50th in the tournament.

Fitzpatrick, who earned his card exactly two years ago, shot a final-round 67 to finish on 17-under 271. The 22-year-old Englishman finished one ahead of compatriot Tyrrell Hatton (68), who had a bogey on the final hole.