FARMINGDALE, N.Y. — Even after suffering through a Sunday 81, the highest final-round score in the field, Harold Varner III had plenty of good to say about the New York crowds. But he wasn’t a fan of the way they treated his playing partner, tournament leader (and eventual winner) Brooks Koepka.

“It was a pretty crazy day,” Varner said afterwards. “I thought it was pretty weird how they were telling Brooks to choke. I feel like that’s kinda — that’s not my cup of tea. But I’m just happy that – I was pulling for him after that.”

As Dustin Johnson drew within two shots of the lead with a birdie at No. 15, the crowd at No. 14, where Varner and Koepka were teeing off, got rowdy. The chaos of the moment inspired some chants of “DJ, DJ, DJ” while other spectators actively rooted for Koepka to fail. 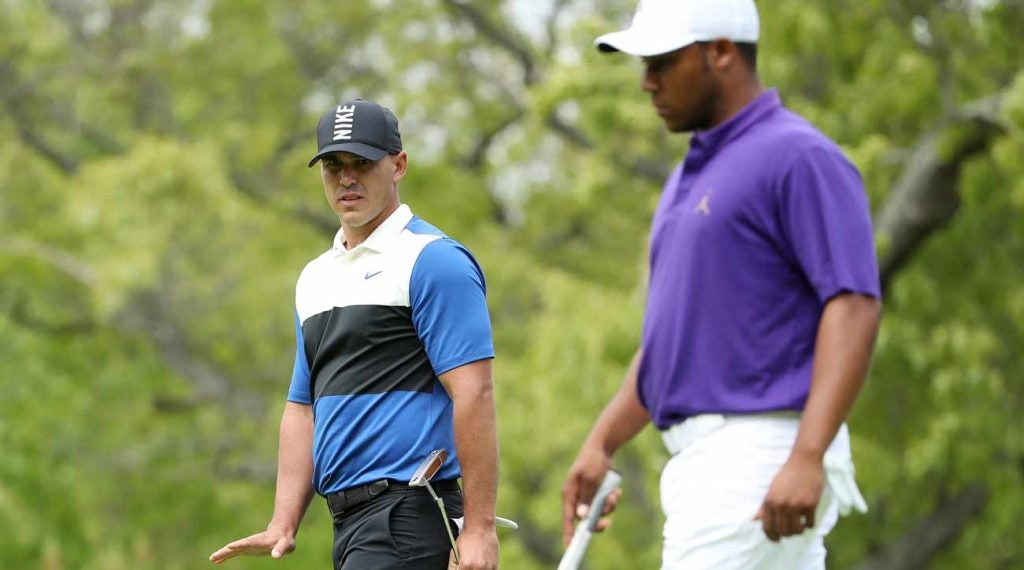 Harold Varner said he was rooting for Brooks Koepka even more so after seeing fans cheering for him to fail at No. 14.
Getty Images

For his part, Koepka let the jeers fuel him. “I think it helped me kind of refocus and hit a good one down 15,” he said. “I think that was probably the best thing that could have happened.”

After a fourth consecutive bogey at No. 14, Koepka pummeled driver down the 15th fairway. Johnson would go on to bogey 16 and 17, giving the leader some breathing room even as the fans continued to root for chaos.

Koepka bogeyed 17 and made an impressive up-and-down on 18 to seal a two-shot victory. Varner’s 81 left him in a tie for 36th.

Features
The moment the 2019 PGA Championship turned to pure pandemonium