Happy birthday, Jordan! Here’s cake you can eat off the claret jug 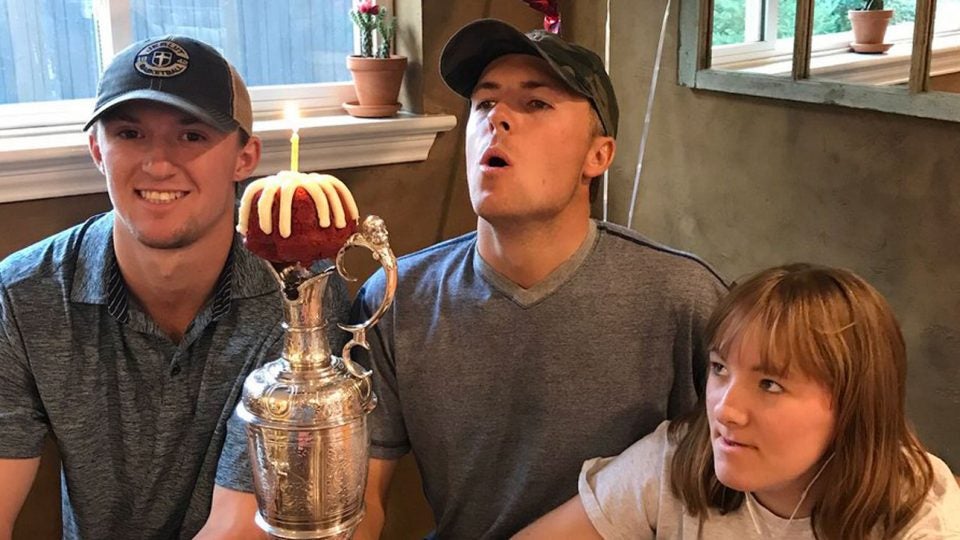 The claret jug sure has had its adventures in the past, but Jordan Spieth has been giving it a whirlwind tour since winning the British Open just a few days ago.

Spieth celebrated his 24th birthday Thursday at home with family, as pictured in the photo below, taken by his mother Christine. Spieth, as you can see, is blowing out a candle on some birthday cake resting atop the spout of the trophy.

We’ve seen all kinds of drinks and food eaten out of the jug in past years, but this one really takes the cake. At least it isn’t corn on the cob again, right? This came just days after Spieth was spotted at a concert drinking out of the jug up on stage.

Can he (and the jug) keep this pace up? The adventures will surely continue, but for now, Spieth is having his cake (and eating it too).