WATCH: This 2-year-old golf prodigy wants to be the next Tiger Woods 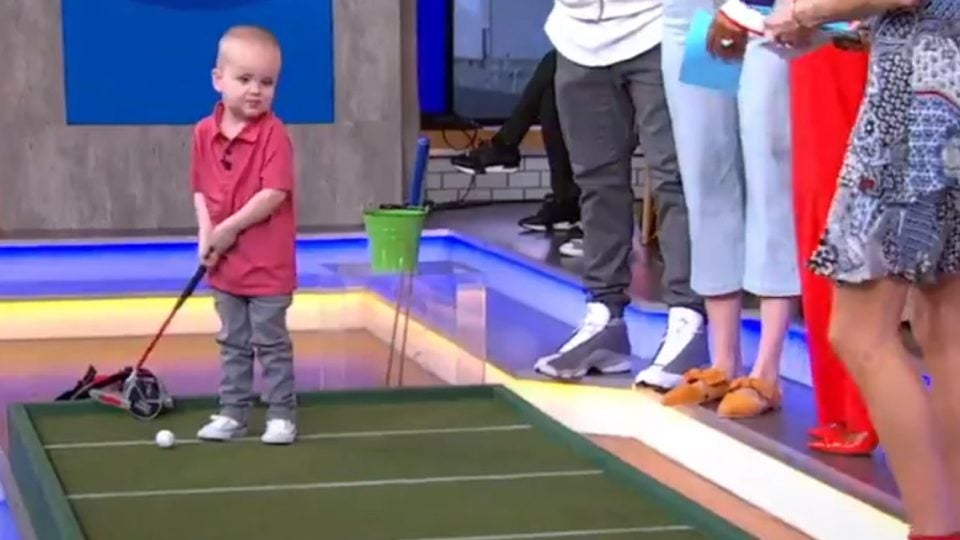 Move over, Tiger. There’s a new golf prodigy in town, and he’s eyeing his own major victory at the 2038 Masters. His name is Dax Whittaker, and though he’s only 2 years old, he’s already making waves with his impressive golf swing on national TV.

Dax and his parents, Brooke and Dan, made an appearance on Good Morning America this week to show off Dax’s golf gifts. While he put on a quality performance for the studio audience, the real story is how he got interested in the game at such a young age.

The answer to that is not much of a surprise: Tiger Woods.

His mom says that Dax “became obsessed” with Tiger after she showed him a highlight reel when he was just 15 months old.

“He honestly started walking and we gave him a club. He just keeps getting better,” his mom told the GMA hosts.

Check out this video showcasing some of Dax’s skills:

Once he was bit by the golf (and Tiger) bug, his parents let him watch more videos and highlights of Tiger to work on his game.

According to Dax’s dad, “Right from the second he held the club he had a good swing.” But while his interest in golf may have come from Tiger Woods, his abilities did not. His dad puts that credit squarely on the shoulders of his wife, who played golf in college.

If he truly wants to grow up to be the next Tiger, he’s following the exact tract Woods did in his youth. Tiger made his TV debut at the same age as Dax, wowing audiences on The Mike Douglas Show in 1978.