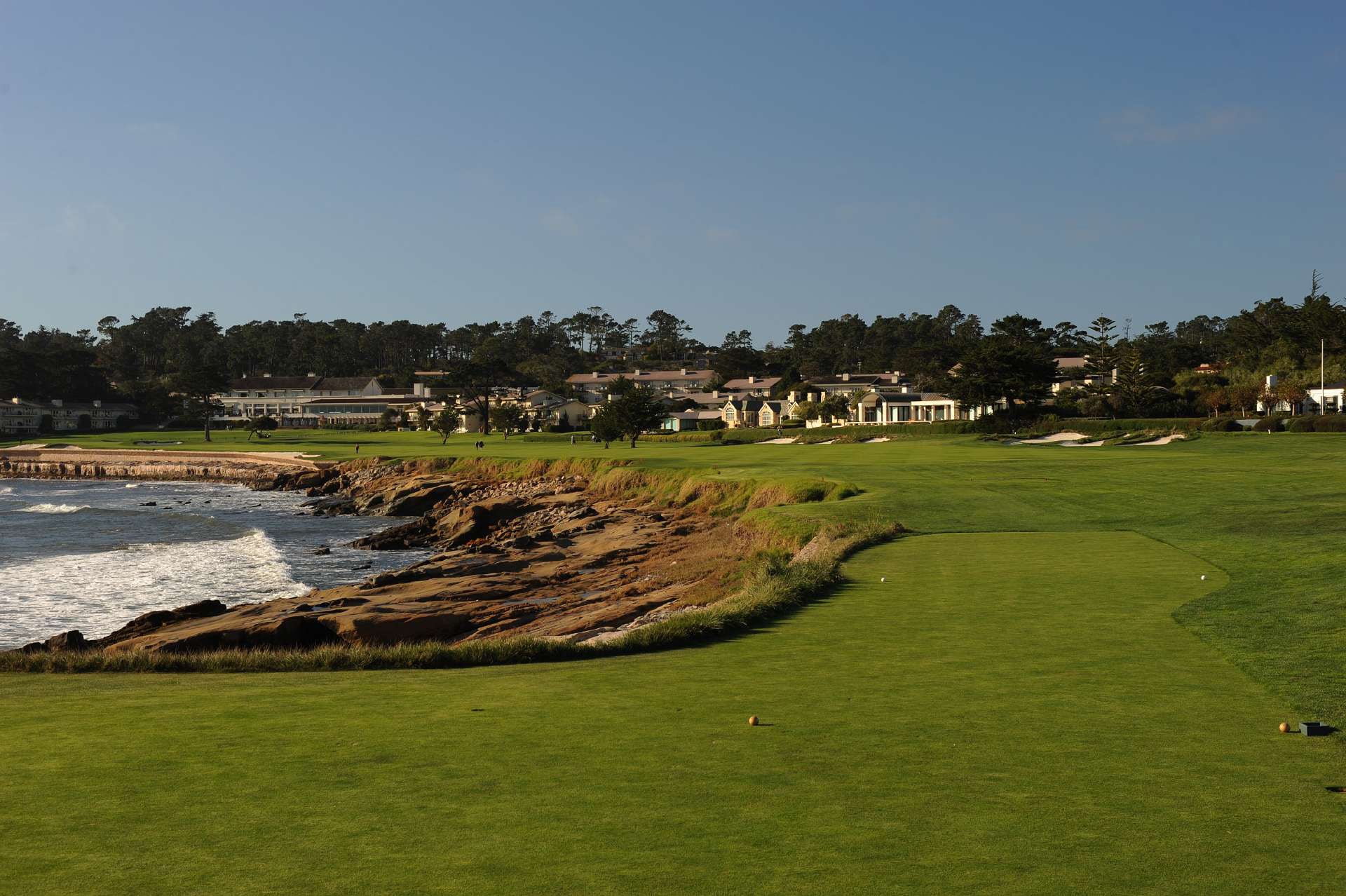 The most interesting aspect of the 18th at Pebble Beach is that it is actually a succession of challenging holes. It’s a great and endlessly beautiful par-5 as is, of course. But after a solid drive up the middle it becomes the equivalent of a terrific short par-4. It’s a fascinating birdie-three hole from, say, 330 yards out. And it’s a thought-provoking birdie-two hole from 130. Which is exactly what every strategically sound par-5 should be.

It all starts on the tee. The drive into the sweeping right-to-left fairway is always scary and never dull, as is the second shot. Which is part of the fun — coming up with good shots when uncertainty enters the mind.

Although the fairway is actually quite wide, the only way to reach the green in two shots is to first drive as close to the water as you dare. The hole plays a lot shorter that way. Plus, although a second shot hit from the left side might have to start over the water, by the end of its flight it is actually flying away from the ocean. So it’s a much safer approach from there, even if you are laying-up.

There’s another route from the tee. But the more you hit away from the water, the more complicated everything becomes. There are some trees on the right side. They are in the way if you go way right, less of a problem if the ball is right next to them. No one gets to the green in one shot from there, but around the trees it is all fairway. So there is nearly always a shot.

All in all then, the drive epitomizes perfectly a simple, but hugely effective strategic principle: the more you “take on” a hazard, the easier every subsequent shot becomes. But play away from the trouble and the angle for the next shot gets worse, something that is true on Pebble’s 18th both off the tee and for the second shot.

A bunker runs along the shore for about 100 yards, ending just short of green-high. So it is in play for anyone laying-up to wedge distance. But the more to the left that lay-up finishes — close to the bunker — the easier the approach is going to be. You can actually bounce the ball onto the green from the left side of the fairway — but not from the right. By playing safe, you lose that option. Plus, any second shot hit to the right will have a tree in the way and the big bunker fronting the green to negotiate. In other words, all the way from tee to putting surface, this hole uses the ocean properly.

In terms of strategic interest, Pebble’s 18th passes every test, as it does for its stunning beauty. Those are my two most important measurements when it comes to rating the quality of any hole. As the late, great Walter Hagen might have said here, “there are always flowers to smell.”

What did you think of Geoff Ogilvy’s breakdown of No. 18 at Pebble Beach? Join the conversation in the comments section below.