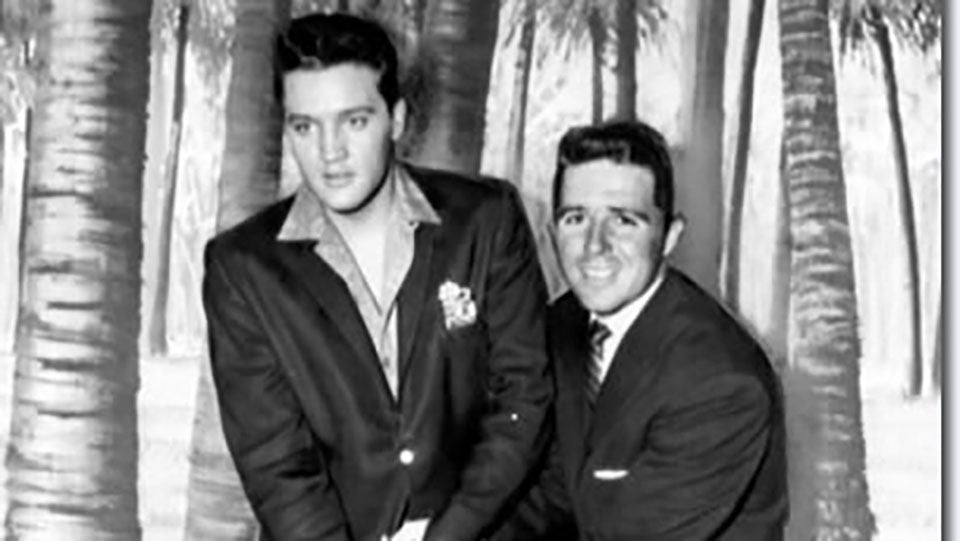 The King and the Black Knight, circa 1961.
Google Images/elvispresleyphotos.com

Once upon a time, the Black Knight met The King.

It sounds like the stuff of fairytales, but it actually happened when Gary Player visited the set of Elvis Presley’s 1961 film, Blue Hawaii.

Before the ceremonial tee shot at the 2014 Humana Challenge, Player recounted the story to a captive audience. The music-loving South African had previously done an Elvis-like guitar impression, which he said was eventually seen by the King.

Player, who was about 26 at the time and a big Presley fan, said that when he arrived on set Elvis stopped production, put on a jacket and approached the golfer.

Player said Elvis’ grip left much to be desired but he knew how to use his hips.

Watch Play tell the story below.