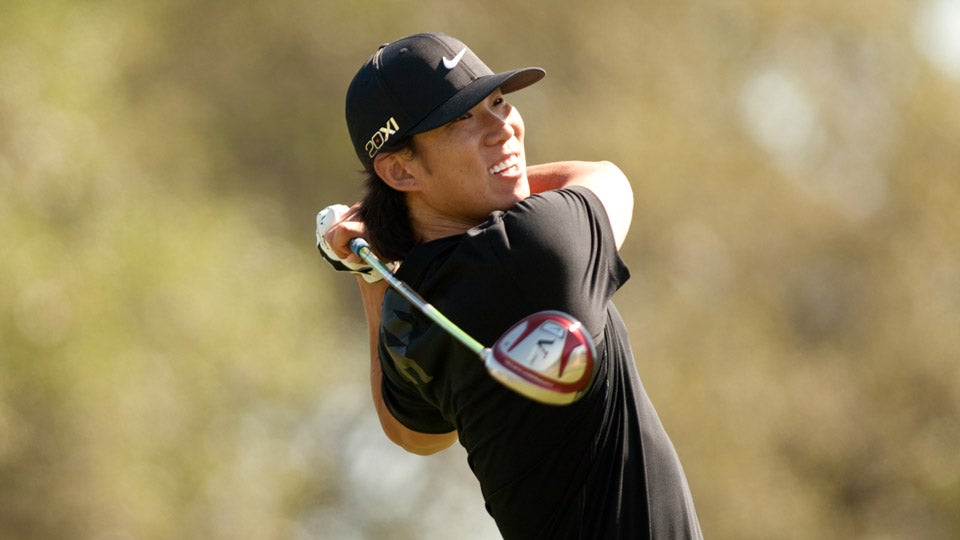 Anthony Kim plays a tee shot during the first round of the 2012 Valero Texas Open.
Getty Images

In the late 2000s, Anthony Kim was a rising star on the PGA Tour, seemingly destined to achieve greatness over the course of a long career in the game of golf.

But that was not to be. Kim constantly battled injuries in his early years, finally being forced from the game after the 2012 Wells Fargo Championship.

Four years have gone by and Kim has yet to tee it up on Tour again, and he has rarely been seen in public.

But on Saturday, a sports chiropractor and a Nike NG360 Golf Performance Specialist, Dr. Brian Mann, ran into the former PGA Tour star in a Dallas pet store and posted a photo of the two of them to Twitter.

Crazy running into AK today! Such a nice dude! pic.twitter.com/yr8VnUzOo3

In 2015, Kim granted a rare interview to the Associated Press, telling the AP that he had undergone several surgeries since his departure from professional golf and hadn’t hit a shot in many months. He also denied a claim reported by Sports Illustrated and GOLF.com that he was foregoing a return to the Tour to collect on a multi-million dollar insurance policy.