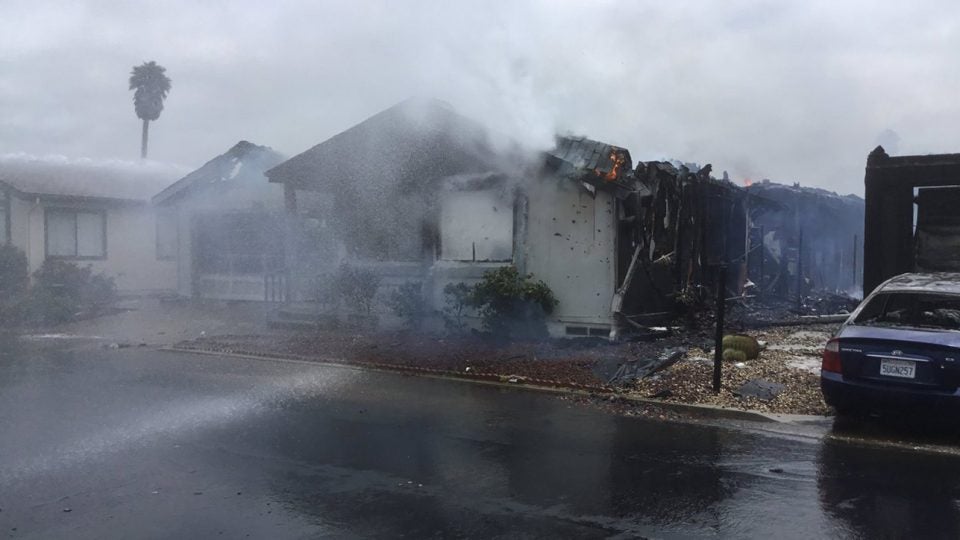 The fire spread to other mobile homes in the park.
Santa Marie Fire

An argument that started at a California pitch-and-putt golf course led to five people being killed in a shooting and fire, according to the Santa Maria Times.

Santa Maria residents and police said that a long-standing feud between three men boiled over on Friday at the Casa Grande Mobile Estates golf course, about 140 miles northwest of Los Angeles. After the three men were seen arguing, gunshots were fired. One of the men was shot inside the clubhouse, while another was found dead on the grass nearby.

“These three guys were threatening each other for a long time,” Keith Castro said to the Associated Press.

Police identified Kurt Backe, 70, and Richard Hansen, 78, as the victims who were fatally shot at the course. The shooter has yet to be identified.

Police believe the suspect returned to his mobile home after the shooting. The gunman’s home then went up in flames after a small explosion, and the fire spread to nearby homes before it could be put out. The situation was made even worse by ammunition exploding from the gunman’s home.

“All throughout the firefighting efforts, ammunition was cooking off,” Police Chief Phil Hansen said to the AP.

Their names will be made public after the coroner’s office confirms their identities, but neighbors believe one of the victims is likely the suspect’s son.

Santa Maria police have not released anymore additional information at this time.