Winning isn’t everything. Or the only thing.

There’s also losing, and there’s plenty to it. Enough, anyway, to inspire a new eight-part documentary series on Netflix. 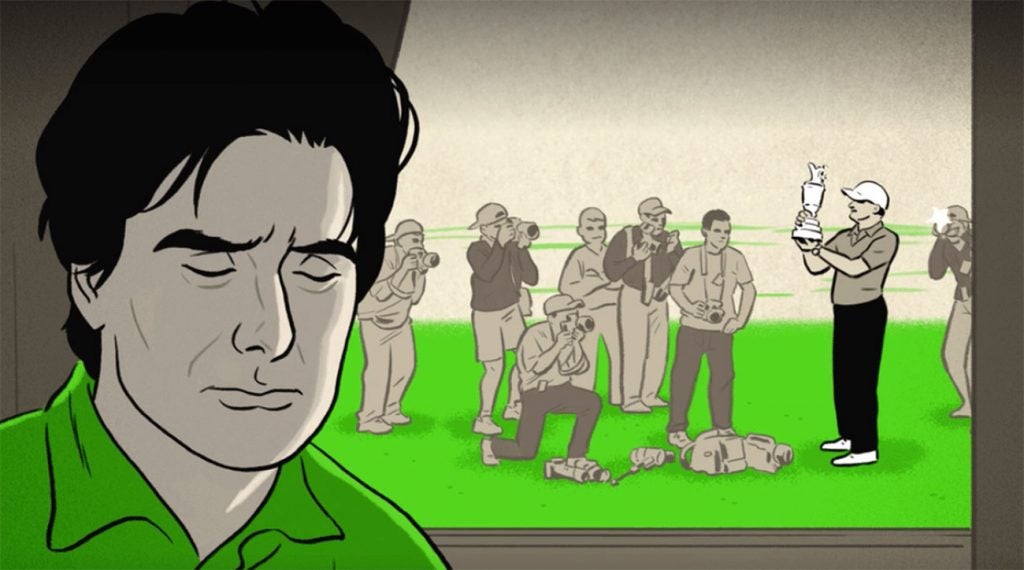 Jean Van de Velde's 1999 collapse at the British Open at Carnoustie is the subject of a Netflix documentary entitled "Losers."
Netflix.com

The scale of his collapse at an event of such prestige turned a little-known player into an international headline-maker (“Going, going, Jean!”), while prompting a mix of public reactions that ranged from scorn and pity and to praise and respect.

Van de Velde’s own feelings were also a muddle. What he learned while sorting through them is the film’s unifying theme.

Produced and directed by Mickey Duzyj, whose credits include an ESPN 30 for 30 short on the winless racehorse, Haru Urara, “Losers” tells Van de Velde’s story in a breezy 29 minutes. It does so with interviews and archival footage as well as through a series of animated segments that lend the film a quirky art-house feel.

Along the way, we hear from one of Van de Velde’s closest friends; one of his four brothers; and a number of eyewitnesses to the carnage, including Jimmy Roberts and Curtis Strange, both of whom covered the ’99 British Open for TV. From this collective input, the picture that emerges is of a sports-world archetype: the endearing underdog, swept up in a moment that, ultimately, proves too much for him.

To help set the stage, Strange reminds us that Carnoustie, a notoriously difficult course, was at its nastiest that week, lashed with rain and wind. (“It was the hardest test of golf I’d ever seen in my life,” the two-time U.S. Open winner says.) 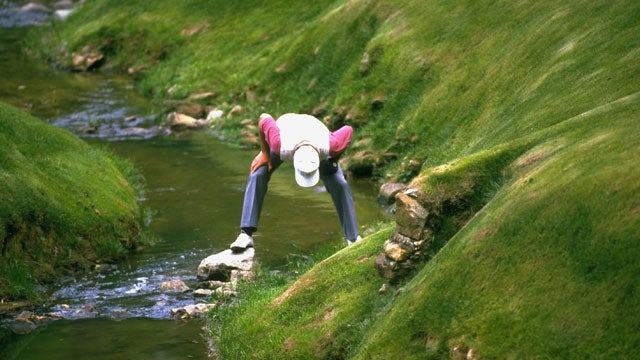 No wonder. The Frenchman came into the week as the 152nd-ranked player in the world, with one European tour win (the ’93 Roma Masters) to his name. “Losers” progresses briskly through the tournament itself, reliving Van de Velde’s surprising surge into the weekend lead, and the growing swell of media interest. Before we know it, we’re on the 18th tee on Sunday. “Curtis, he’s got a three-shot lead, I’ve got to play an iron,” we hear the on-course commentator Bob Rosburg say, as the imagery switches to animation.

That cartoonish treatment — an unusual choice for a sports documentary — turns out to be well-suited to the wackiness of what transpired. Van de Velde, after all, didn’t merely miss shots. He missed shots in outlandish fashion. Pulling driver (the film reminds us that Van de Velde had been playing aggressively all week), he sailed his tee shot so far right that it landed safely beyond the Barry Burn. His long-iron approach was a double-doink, bouncing off the grandstands and then the brick border of the burn before bounding back across the hazard and into the rough. His wedge from that grim lie kerplunked into the water, but the ball floated on the surface, only to sink after Van de Velde rolled his pant legs up and waded in to survey his chances at recovery. 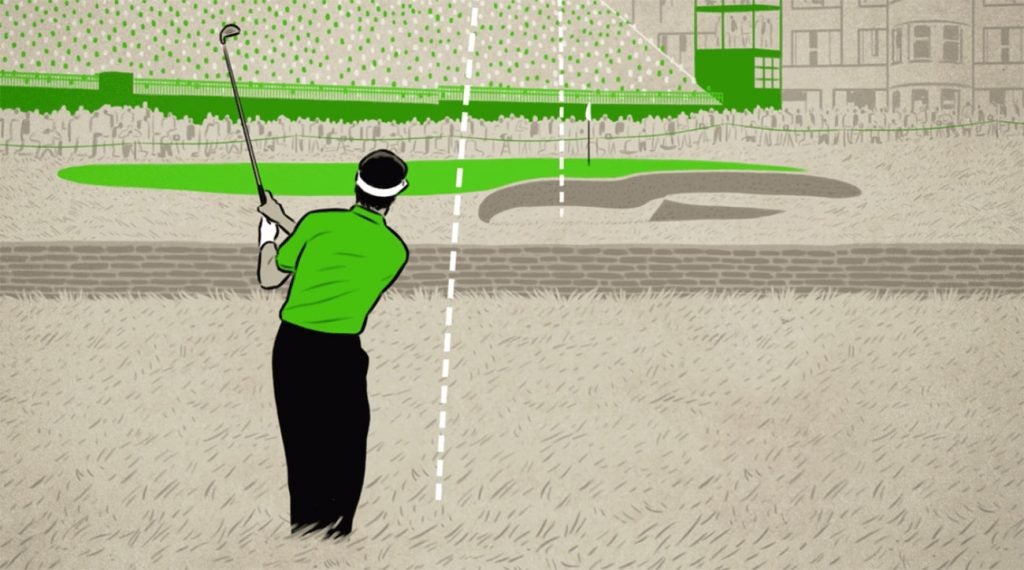 Van de Velde squandered a three-stroke lead with a triple bogey on the final hole in regulation. He then lost the ensuing playoff to Paul Lawrie.
Netflix.com

There was a tragicomedy to the proceedings that the animated snippets capture nicely. For anyone who watched live coverage of the ’99 British Open, the film will bring back memories of an afternoon that seemed unreal the first time around.

Fans might also recall that as it unfolded, Van de Velde appeared to find some humor in his own collapse. This made him seem to some like a French stereotype, shrugging nonchalantly in the face of misfortune. That impression was bolstered by a famous photograph of Van de Velde standing in the burn, his pants rolled up, a smile on his face. Though he looked like a man who was making light, he was actually responding to his playing partner, Craig Parry, who, trying to ease the stress of the situation, had jokingly suggested that they wait until the tide go out so Van de Velde could get a better lie.

Smiling? Yes. But inside, Van de Velde was burning up. “I was mad, sad, everything combined,” he tells viewers.

When the tournament ended, with his loss in a playoff to Paul Lawrie, Van de Velde concedes: “I was crying with disappointment.”

The casual-seeming Frenchman cared. A lot.

For all his agony, Van de Velde, like all practitioners of individual sports, was at least spared the burden of being a goat. The only one he let down was himself.

“I’m going to have to live with it, not you guys,” he tells a scrum of reporters gathered around him for a post-mortem.

I'm going to have to live with it, not you guys," Van de Velde told a scrum of reporters afterward.

Of course, living with oneself isn’t always easy, either. In that respect, though, “Losers” casts Van de Velde in triumphal light, his painful past contrasted with his contented present. In the film’s early scenes, we find our now middle-aged hero, strolling solo on the fairways of Hossegor Golf Club, the course in southwest France where he first learned to play, wearing a knit cap and a salt-and-pepper beard. The man who once competed for the claret jug now cuts the profile of a cafe poet.

Golf, he says, is a sport and a game, and should be treated as such “nothing more, and nothing less.” The adversity you face when playing it is an opportunity to find out “who are you really, what are you made of.”

By all appearances, Van de Velde is made of resilient stuff. Though the world might be intent on not letting him forget, Van de Velde made peace some years ago with the woulda-coulda-shoulda’s and found satisfaction in things as they are. He retired from professional golf in 2008, but still loves the game and teaches it to juniors. He serves as a UNICEF ambassador. He seems kind to himself, and, by all accounts, is kind to others.

He is, Roberts tell us, “a stunning example of how to behave the right way when things go wrong.”

For Van de Velde, there is, at this point, not much to be learned by rehashing the details of the ’99 British Open. But there are lessons for the rest of us in this film. Time goes by, healing most wounds while putting those it doesn’t in perspective.

“Do you remember who won the Open Championship in 1907?” Van de Velde asks in the final scene. It was Arnaud Massy, the last French golfer to claim a major.

If that fact eats at Van de Velde, it doesn’t show. 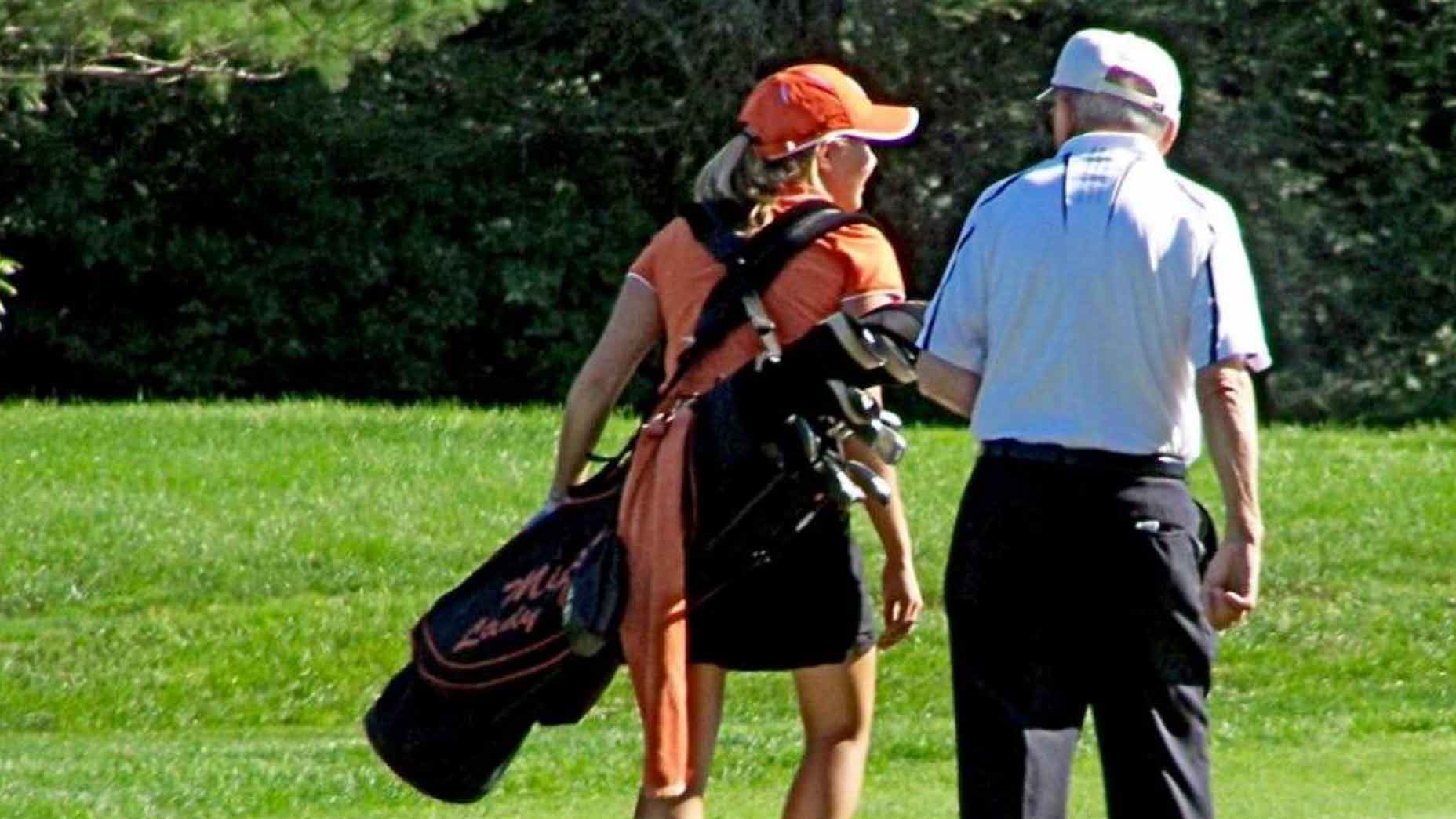 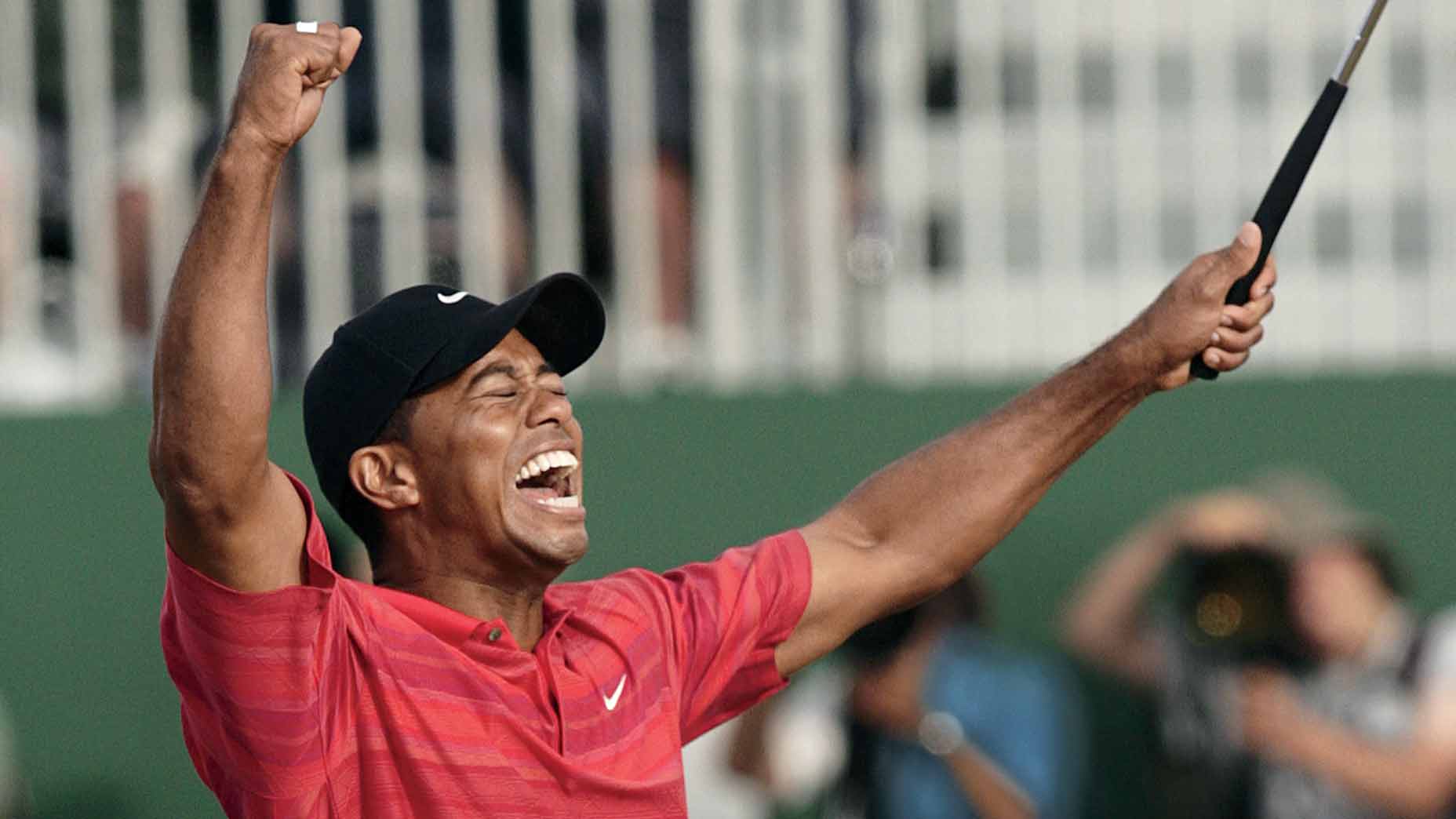 Mark Broadie: These are the hottest 5-event stretches of the modern PGA Tour era 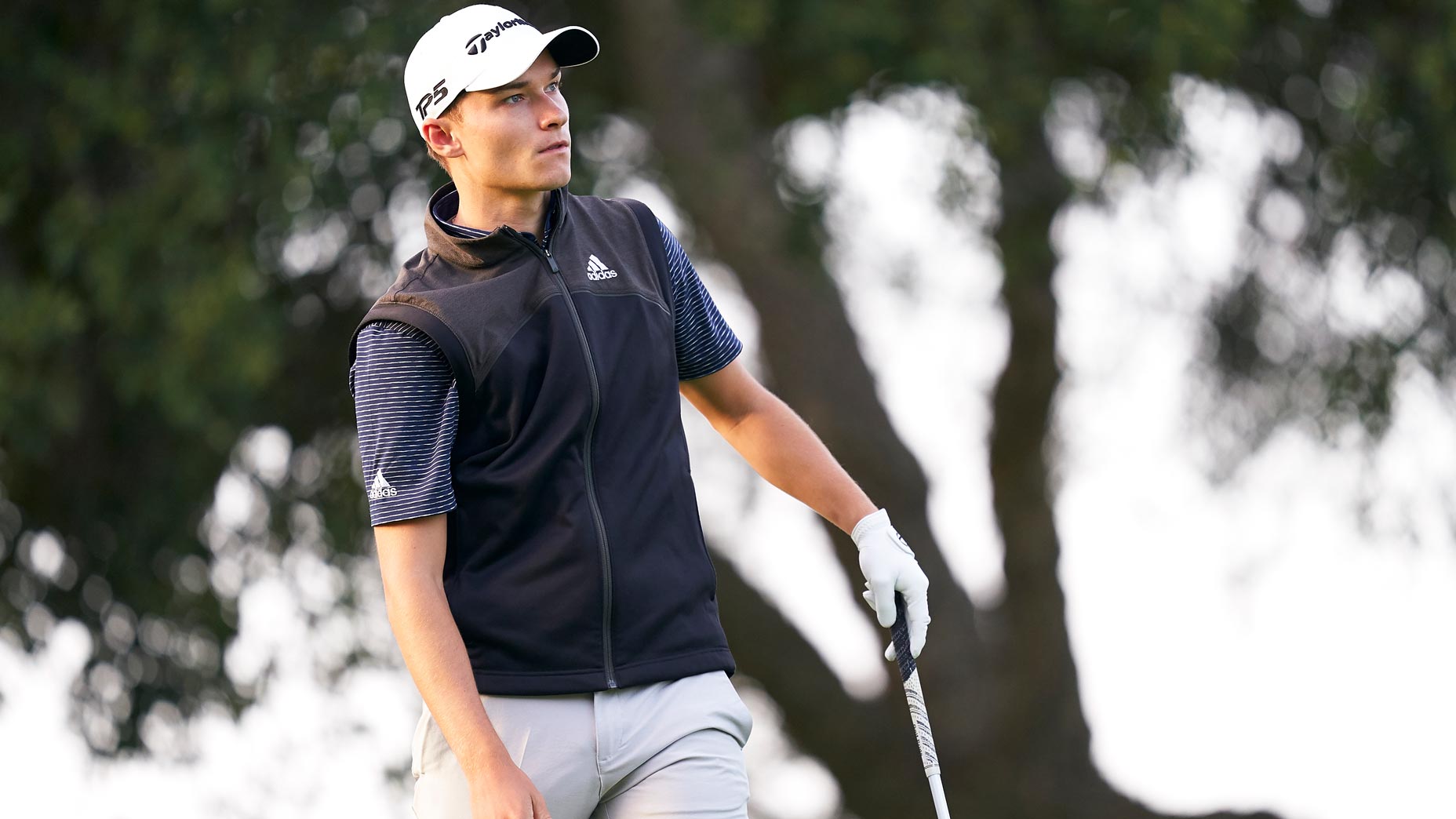