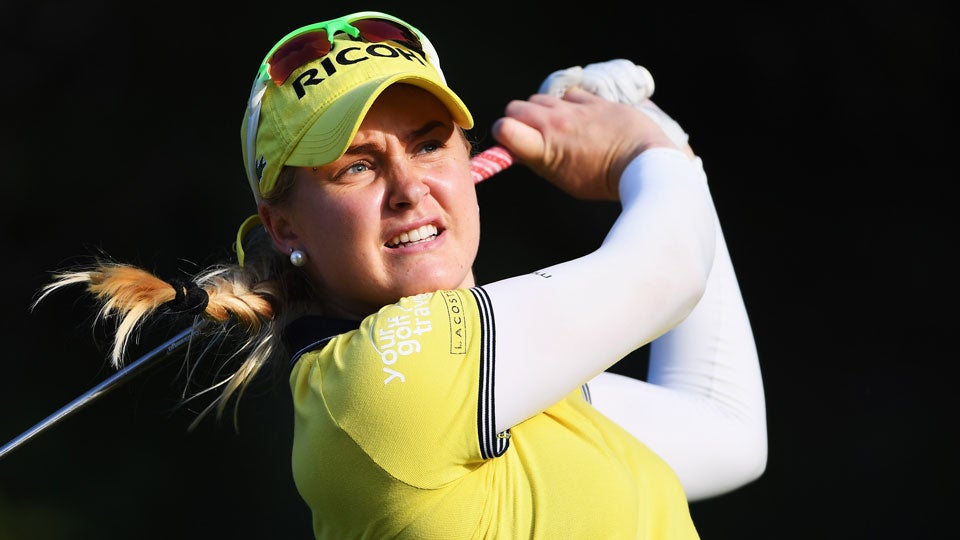 Charley Hull and Melissa Reid of England teamed up to defeat Ariya and Moriya Jutanugarn of Thailand on Saturday.
Getty Images

The records, published by the hacker group known as Fancy Bear, reveal that Hull, who suffers from asthma, had obtained a therapeutic use exemption (TUE) for a substance commonly used in an inhaler. GOLF.com is not identifying the drug for privacy reasons.

Hull, 20, has been open about her condition, which forced her to withdraw from a UL International Crown match earlier this year, telling Golf Channel that her asthma had worsened since switching to a steroid-free inhalant in order to comply with international anti-doping standards in advance of golf’s return to the Olympics at the 2016 Games in Rio.

Hull joins tennis stars Serena Williams and Venus Williams and gold-medal-winning gymnast Simone Biles among 29 athletes from eight countries who have been targeted by the group. Most of documents show test results of athletes who applied for a TUE, seeking approval to use a banned substance to address a documented medical condition without risk of being sanctioned for a positive test. Fancy Bear contends that TUEs are essentially “licenses for doping,” but nothing to this point has been revealed that implicates any of these athletes in any wrongdoing. Many of the substances identified are commonly used to treat pain or allergies.

When reached for comment, International Golf Federation vice president Ty Votaw told GOLF.com that WADA contacted the IGF on Thursday morning to advise them of the situation but anti-doping officials remain unsure whether more records, including those of other Olympic golfers, might be released.

“The IGF was contacted today by WADA informing us that confidential data from one golf athlete’s record had been illegally obtained from WADA’s ADAMS system and released into the public domain. The athlete was also notified of this breach by UK Anti-Doping,” Votaw said. “WADA is unable to determine the extent of the data breach and is receiving intelligence and advice from law enforcement and IT security agencies on this and will continue to keep the IGF informed.”

WADA believes the hackers infiltrated its Anti-Doping Administration and Management System (ADAMS) through the spear fishing of email accounts connected to the International Olympic Committee in an attempt to discredit the agency and its work. In a statement, WADA Director General Olivier Niggli expressed regret that “that criminals have attempted to smear [athletes’] reputations in this way” and said his organization’s previous recommendation that all Russian athletes be barred from participating in the Rio Games have likely made it a target.

“WADA has no doubt that these ongoing attacks are being carried out in retaliation against the Agency, and the global anti-doping system, because of our independent Pound and McLaren investigations that exposed state-sponsored doping in Russia,” Niggli said. “We condemn this criminal activity and have asked the Russian Government to do everything in their power to make it stop. Continued cyber-attacks emanating from Russia seriously undermine the work that is being carried out to rebuild a compliant anti-doping program in Russia.”