Everything you need to know about Vijay Singh v. the PGA Tour (but were afraid to ask) 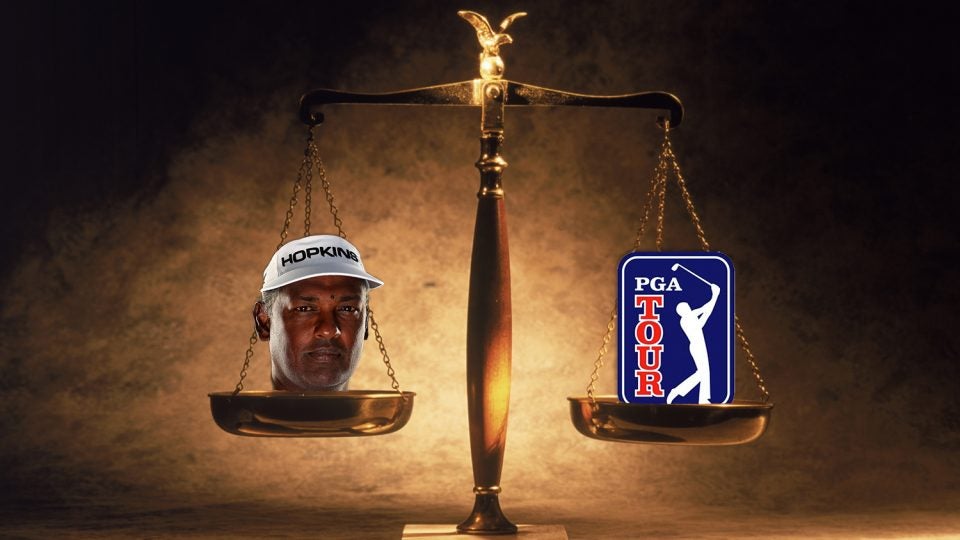 Singh has been battling the PGA Tour in court for more than four years.
GOLF.com

It’s been more than four years since Vijay Singh made what he believed to be an innocuous admission to two Sports Illustrated writers—David Epstein and George Dohrmann—in their reporting of a story about a company that sold performance-enhancing alternatives to steroids. Singh told Epstein and Dohrmann that he used deer-antler spray, a product that some health experts contend can help athletes build muscle while others dismiss as inefficacious. The admission prompted the PGA Tour to suspend Singh, a move that in turn triggered an appeal by Singh and then a lawsuit by him. Many observers believed that the lawsuit would eventually be settled out of court. A ruling Monday by New York Judge Eileen Bransten, however, paves the way for Singh and the Tour to face off in a trial.

The legal aftermath of an untimely admission

Singh never expected that telling SI about his use of deer-antler spray would lead to any adverse repercussions. After all, he maintained that the spray simply helped him treat assorted knee and back ailments. Singh also insisted he used the spray on the advice of his caddie.

Whether Singh used the spray to treat injury or build muscle—and whether the spray actually worked for its intended purpose—weren’t at issue. What mattered to the PGA Tour was that the spray contained a prohibited substance, Insulin-like Growth Factor-1—better known as IGF-1. Still, Singh had reason to believe that a public disclosure of using deer antler spray wouldn’t disrupt his career. He knew that Mark Calcavecchia admitted to using the spray a couple of years earlier and wasn’t punished. Singh also understood that many other golfers used deer antler spray and none of them were punished.

Singh remained angered by what he considered to be a character assault by the PGA Tour. He sued in New York state court, raising various claims that, in sum, asserted that the PGA Tour had tried to humiliate Singh in the golf community and paint him as a cheater. After several hearings and accompanying rulings over the last few years, the case now centers on Singh’s contention that the PGA Tour acted in bad faith, engaged in unfair dealing and wrongfully “converted” (took) his money and placed it into escrow. Singh maintains that the PGA Tour unfairly treated him differently from other golfers who used the spray. He also charges that the PGA Tour hastily reached a decision to punish him without first investigating the spray in consultation with WADA.

Judge Bransten’s order: A trial is now on the horizon

The net result: Judge Bransten has shrunk the scope of Singh’s lawsuit, but still green-lighted portions of it to proceed to trial. Unless the PGA Tour offers Singh an amount of money in a settlement offer that convinces him to drop the remainder of his case, PGA Tour officials can expect to testify before New York jurors at some point in the future. While under cross examination, they may be asked difficult questions by Singh’s attorney, Peter Ginsberg, about their drug testing policies and procedures and how they collect and share information.

For his part, Singh would also assume some risk by participating in a trial. For one, he could lose the trial and gain nothing from four years of litigation except legal bills. Second, golf fans who read about Singh’s trial testimony would be reminded of the allegations against him. Such reminders might themselves damage his reputation. Then again, Singh could persuasively testify and win the trial, which would enhance his reputation and financially enrich him, too

Judge Bransten has not yet set a trial date, but any trial would be months from now. Also, while the two sides might detest each other, they will likely have a series of settlement talks before any trial occurs. If settlements talks fail, however, a showdown in court is looming.

Michael McCann is SI’s legal analyst. He is also an attorney and a tenured law professor at the University of New Hampshire School of Law.