European Tour: What We Learned at the British Masters

By Will Medlock, Golf Monthly 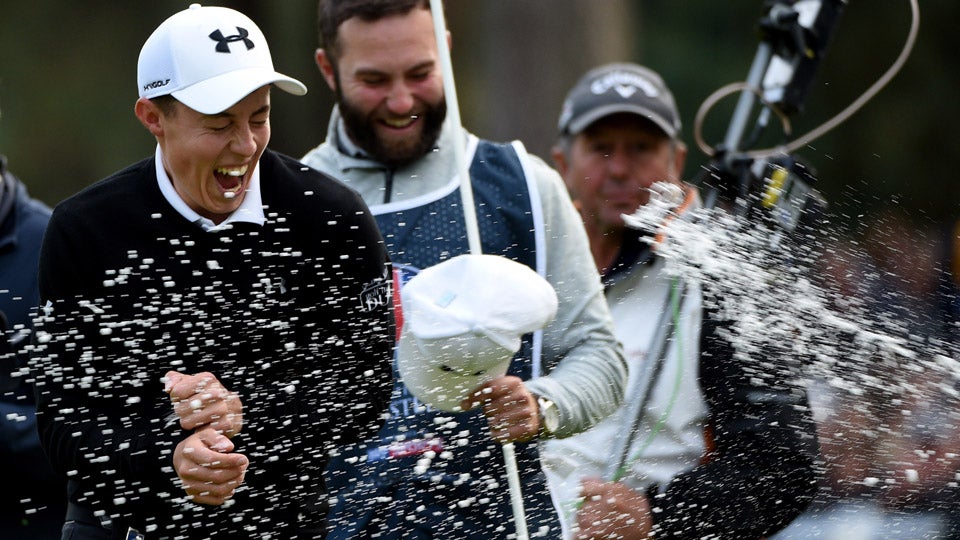 Matthew Fitzpatrick won his first European Tour title by sealing a two-shot victory in the British Masters at Woburn.

The 21-year-old Englishman came into the final round tied for the lead and made five birdies on Sunday to finish -15, ahead of Shane Lowry, Fabrizio Zanotti and Soren Kjeldsen at -13.

Zanotti had shared the lead with Kjeldsen after the front nine, but the Paraguayan bogeyed three of his last six holes to allow Fitzpatrick to reclaim his lead.

With two shots in it heading onto 18, Zanotti and Fitzpatrick both made bogey after sending their approaches into a bunker to the left of the green.

Fitzpatrick sunk his 3-foot bogey putt to become the youngest winner of the British Masters.

RELATED: Catching up With Matt Fitzpatrick

Four things we learned at the British Masters:

1. Matt Fitzpatrick. With his youthful looks it would have been easy to have looked past the Englishman when it came to picking a winner on Sunday. The more experienced Shane Lowry and Kiradech Aphibarnrat were also in contention and have wins in 2015. However, Fitzpatrick was nerveless as he made four birdies in seven holes to secure his first European Tour win. Even after Zanotti hit a perfect drive on 18, Fitzpatrick split the fairway with an even longer drive. Don’t be surprised if he’s contending at majors in years to come. 2. Experience pays. A 21-year-old might have won the title, but five of the top eight were all over 30. While Denmark’s Kjeldsen, who won the Irish Open in May, is now 40, Zanotti, Marcus Fraser, Mike Lorenzo-Vera and Luke Donald are all into their 30s. Anthony Wall, also 40, finished T9 with 37-year-old Lee Slattery, a winner in Russia this year, finishing T22. Miguel Angel Jimenez proved yet again that he can mix it with the younger men as he made another cut and even shot the same score as Fitzpatrick in the final round.

3. French uprising. France will host its first Ryder Cup in 2018 and, judging by the final leaderboard at Woburn, there are plenty of natives who’ll be hoping to make the team. Alexander Levy and Romain Wattel are among those with work to do if they want to get close to the European team in three years, but they put in impressive performances at Woburn to finish T17 and T22, respectively. Fellow Frenchmen Lorenzo-Vera, Julien Quesne and Edouard Espana also finished T22 or better.

4. Paul Dunne. The Irishman continues to go from strength to strength. After stealing the show at The Open earlier this year, Dunne then went on to be a part of the victorious Walker Cup team at Royal Lytham & St Annes. He finished T25 on Sunday ahead of players who were winning major tournaments when he was still an unknown. He won’t want this year to end, particularly after his stunning performance at St Andrews, in which he was the joint leader heading into the final day. He made five birdies Sunday to continue looking every inch a future Ryder Cup player.