European Tour: What to Watch For at the Trophee Hassan II 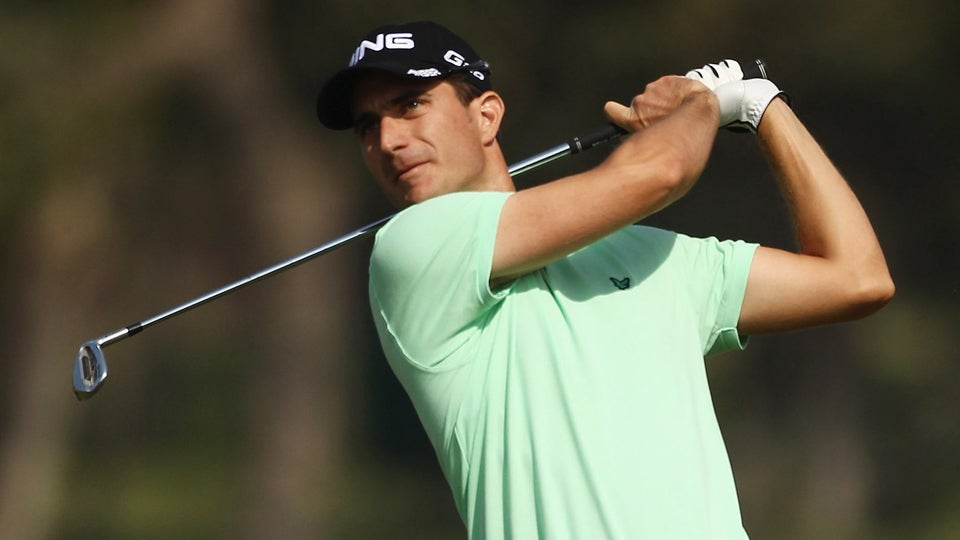 Alejandro Canizares of Spain defends his title at the Trophee Hassan II this week.
Getty Images

The European Tour visits North Africa this week for one of the circuit’s most interesting and characterful tournaments. Alejandro Cañizares of Spain defends the title in the Trophée Hassan II at the Golf du Palais Royal in Agadir, Morocco.

Although this tournament was first contested back in 1971, this will only be the sixth season it has been featured on the European Tour schedule. Before it became a fixture on the circuit, the event was won by some notable players, including Billy Casper, Lee Trevino, Payne Stewart, Vijay Singh and Ernie Els. This is Morocco’s longest running sports event.

Last season, Spain’s Alejandro Cañizares won the tournament with something to spare. He opened with a superb, 10-under-par round of 62 and never looked back. He took the title by five shots from England’s Andy Sullivan.

RELATED: Andy Sullivan Explains How to Hit a Punch Shot.

A strong field has assembled in Agadir for this event. Many of the European Tour’s form players will start, including a few who will be hoping to secure a late place in the field at the Masters. There’s also a legend of the circuit with great experience at Augusta on the entry list. Two-time Masters champion Jose Maria Olazabal will be one of the star attractions at Golf du Palais Royal.

Four things to watch for at the Trophée Hassan II:

1. The course. The course at Golf du Palais Royal is one of the very best to be visited by the European Tour. A Robert Trent Jones Sr. design, it dates from 1987. Situated close to the shoreline, it’s a testing layout with small greens. It may not be hugely long at 6,951 yards, but the wind is often a factor here and can turn holes that look innocuous on the card into brutes. Located within the walls of the Royal Palace of Agadir, it’s only ever used by King Mohammed VI and his guests outside of tournament week. As such, it’s maintained in immaculate condition.

2. The Masters. Alexander Levy of France, Englishmen Andy Sullivan and Tommy Fleetwood, Marcel Siem of Germany and South Africa’s George Coetzee would all move into the top 50 on the Official World Ranking if they could win in Morocco. That would earn them a late invitation to the Masters. With that extra incentive on the line, this could be a thrilling week of competition.

3. The weather. After the disastrous weather that forced the cancellation of last week’s Madeira Islands Open, tournament organizers in Morocco will be relieved to see this week’s forecast. It looks likely to be set fair with clear skies, mild temperatures and just a little breeze to keep the players honest. With luck, there will be no disruption to play this time out. 4. The prizes. Besides a cheque for €250,000, the winner of this tournament is presented with a jewel-encrusted gold dagger – A prize that’s extremely valuable in its own right.