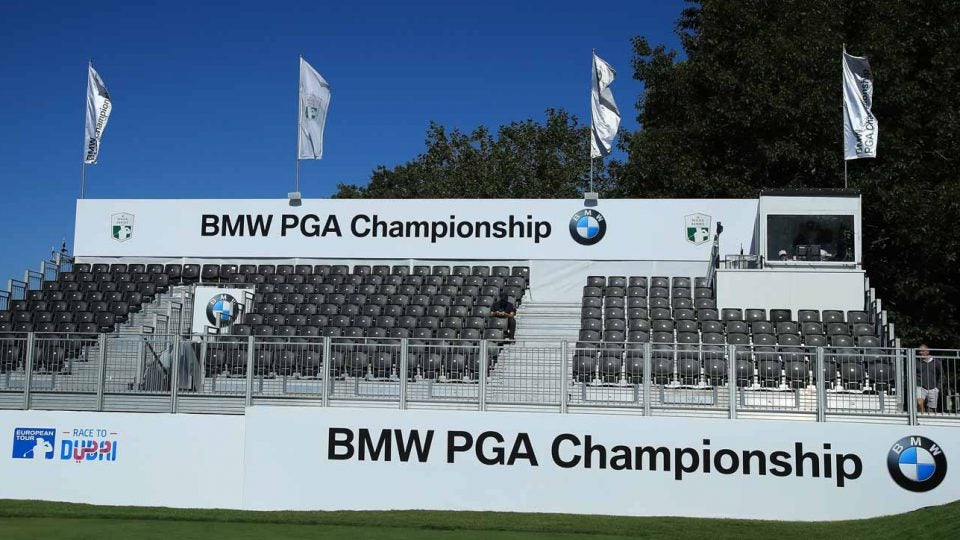 After a slate of high-profile slow-play incidents in professional golf this year, momentum (colored with a healthy dose of desperation) built for something real to be done to address the significant pace-of-play issues on the highest levels of golf. This week, the European Tour intends to do just that at its flagship BMW PGA Championship event.

In August, the European Tour announced a four-point action plan to tackle slow play at its tournaments. Among the changes are new regulations and penalties, including a penalty stroke for two breaches of the slow-play rules, when previously it required three offenses.

Tour officials coupled that with a change in the time allotted for players to hit while in position, which “will be reduced by 15%, from 100 and 80 seconds down to 85 and 70 seconds, respectively, for first and second/third to play.”

But it’s the third part of the plan, which is dubbed “Innovation,” that will be introduced this week. At the heart of the “Innovation” plan is a “trial Pace-of-Play system” that debuts Thursday at Wentworth.

The system works by monitoring everyone on the course by way of a tracking device that will be attached to one golf bag in each group. The tracking devices “will provide referees with the times for every group through every hole to make sure that no gaps are missed.”

The second part of the Innovation plan, and arguably the most interesting, will provide a level of transparency yet to be seen at the highest levels of golf. On-tee video boards at several holes will display the position of each group in relation to the group in front of them. That way the players, referees and spectators all will know exactly how well each group is keeping up.

The Tour plans on eventually expanding the use of the time displays to every hole at future tournaments.

The results will be interesting and should raise questions about how closely the PGA Tour should follow the Euro Tour’s lead. While many pro golfers are seen as the problem when it comes to slow play (Bryson DeChambeau was heavily criticized for an egregious incident at the Northern Trust) other players are among the most vocal critics of pace-of-play issues on Tour.

Several pros publicly jabbed DeChambeau for his high-profile offense, and Brooks Koepka frequently opines about the slow-play issue in press conferences. Even PGA Tour Player of the Year Rory McIlroy, who is in the field this week at the BMW PGA, called out the pace-of-play problem publicly.

The displays will be a bizarre sight at Wentworth but a refreshing one for golf fans, even if they are a bit jarring for the pros who have to play with them. But using the tracking system across four rounds at a premier event with a quality field should give the Euro Tour and the rest of us a good idea of what effect, if any, they have on the slow-play epidemic.