European Tour: 4 Things We Learned at the True Thailand Classic 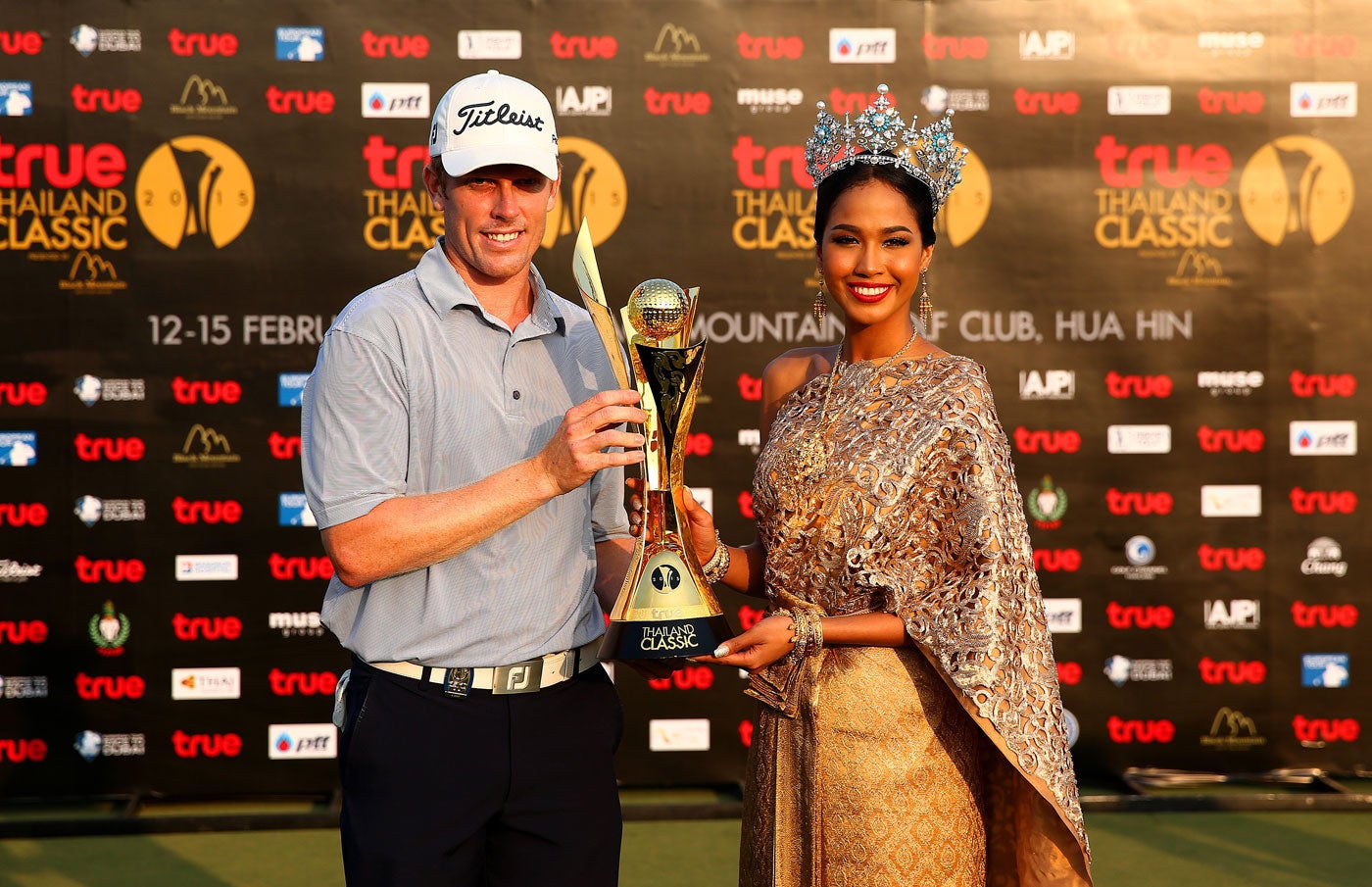 Andrew Dodt of Australia played an error-free final round of 67 to win the European Tour’s inaugural True Thailand Classic presented by Black Mountain. He took the victory by a single shot from his countryman Scott Hend and Thailand’s Thongchai Jaidee.

Dodt went into the final round flying under the radar – most of the attention and focus was on 54-hole leader Scott Hend, as well as home favourite Thongchai Jaidee and 51-year-old Miguel Angel Jimenez, both of whom trailed by one.

Four shots back, Dodt wasn’t much fancied given he hadn’t recorded a top-10 on the European Tour since 2010. But the Australian opened with three straight birdies and kept his ship steady as his rivals lurched and listed.

Dodt’s final round contained five birdies and no mistakes. Hend cancelled two early birdies with three dropped shots, while Jaidee was unable to recover from a double-bogey at the par-5 13th.

Nobody else in the pack was able to match Dodt’s 72-hole total of 16-under-par, so the title went to the Australian.

“I’m speechless – it’s just come out of nowhere,” he said. “I played really well yesterday and today but I just didn’t think I’d come out on top. I knew I was playing well, but to come out and win is just a dream come true.”

Four things we learned at the True Thailand Classic:

It was an amazing, and unlikely victory for the 29-year-old Australian. He won the European Tour’s Avantha Masters in India back in 2010 and it looked as though his career might take off from there. But he struggled to match the form he’d shown in that event and was unable to post another top-10 finish on the circuit over the following three seasons. At the end of 2013 he lost his card and didn’t regain playing rights until coming through qualifying school at the end of last year.

“To be honest, losing my card two years ago was probably the best thing that could have happened to me,” he said. “I went home last year, spent 12 months at home, played the Asian Tour again, found myself again, found my game and to be in the winner’s circle again – it’s unbelievable.”

2 – Thongchai Jaidee was left to rue a scrappy back nine.

The 45-year-old has won six times on the European Tour but never in his native Thailand. He birdied the 12th hole to get right into the mix but then followed with a disastrous double at the 13th. Two straight birdies cancelled that loss, but a three-putt bogey at the 16th was costly. He played two fine shots to reach the par-5 18th green in two and had a long eagle putt for the win. But he left it well short then missed the birdie effort that would have seen him force a playoff.

“Overall I played well but I made some mistakes with the club selection, especially on 13 where I double bogeyed. The pin positions were tough, particularly on the back nine. I three-putted on 16 and 18. I didn’t putt well on 18, didn’t stroke it hard enough or read the line.”

The evergreen Spaniard led the tournament after 36 holes and was just a stroke back with one round to play. The 51-year-old began the final round with two straight birdies and a charge looked possible – He was hoping for a second European Tour title since turning 50. But he didn’t make another gain from that point and three bogeys meant “The Mechanic” carded a 73 and had to settle for a share of 7th place.

4 – Jason Knutzon of the USA secured his biggest ever cheque on the European Tour.

Knutzon’s fine final round of 67 lifted him into a share of 4th place. The 39-year-old who attended Iowa State University turned pro back in 1999 and has spent the majority of his playing career on the Asian Tour. He’s won twice on that circuit but this is his best finish on one of the two main Tours. Could this be a stepping-stone for Knutzon?