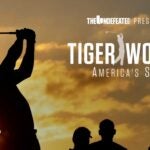 The documentary will debut Sunday at 7 p.m. ET on ESPN

Tiger Woods commands our attention like no other golfer ever has. Have you ever felt compelled to flip on the ho-hum second round of a tournament only because Woods was grinding to make the cut? No other golfer has that magnetism.

Think back to his second-round 68 in the Bahamas three years ago, almost to the day. Woods’ four birdies and an eagle lit up the golf world, so much so that after the round he was asked about the rabid excitement he generates. “It’s pretty neat,” Woods said. “I think it’s very flattering, very humbling that so many people really enjoyed what I’ve done throughout my first 20 years on Tour. I put a few smiles and few excitements into people’s lives, and as an athlete it’s very humbling.”

Woods has an undeniable aura that extends way beyond the course. But what is he actually doing for people who look up to him? What are the tertiary and quaternary consequences of his golfing greatness? What does Tiger Woods mean, and what has he meant, to the millions who have cheered him on — and not just people but Black people, Asian people, white people, rich and poor people, etc.

These are the type of heavy questions examined in the upcoming ESPN documentary Tiger Woods: America’s Son.

The film, which debuts Sunday at 7 p.m. ET on ESPN, is a project that began four years ago when director Lauren Stowell set out to better understand the 1997 Masters: what it meant at the time, for all kinds of people, and how it is perceived today.

Stowell, who is mixed race, remembers watching the Sunday telecast with her father multiple times — he had taped it on their VCR — and feeling inspired. She was 13 years old then and an avid golfer. She had found a sports hero to idolize.

Days later, a pivotal moment arrived when Woods sat with Oprah Winfrey and revealed his most enduring thoughts on his racial background: “A little funny thing, growing up, I came up with this name. I’m Cablanasian. Ca: Caucasian. Bl: Black. In: Indian. Asian. Cablinasian.”

While Stowell contends it’s wrong to treat this singular statement from Woods as “the creed,” she became keenly aware how that interview stirred up intense reactions, with many Blacks believing that Woods could have done more to acknowledge and embrace his Black heritage.

“I was almost surprised that there was a pain associated, and a hurt that was there with some of the people that we interviewed,” Stowell said in a phone interview earlier this week. “There was an actual visceral reaction that it made me angry. These are men who went through the Civil Rights movement and were denied rights.

“From that perspective, I realized and we realized how important it was to present as many sides of the discussion as possible. There is no right answer. It’s he’s an individual, he has a right to his heritage and identity and how he wants to identify himself. I think we all know that. But it doesn’t mean that it’s still not going to be debated and contested and questioned.”

The most obvious takeaway is that the intersection of race and Tiger Woods, the history of golf and the America he inhabited is complex. Stowell’s film attempts to help us learn from that complexity.

One silent truth she unveils is that much of golf history has been covered and chronicled by white people. To say nothing of the game’s access slanting heavily in white golfers’ favor. This film flips the script on that history, using only the most necessary white voices — Butch Harmon (Woods’ former coach), Mike Cowan (his former caddie), and a handful of fellow Tour players.

They are woven into the script around interviews with more than a dozen vital Black voices, including Pete McDaniel, who covered Woods’ every step for decades at Golf Digest; Jariah Beard, a revered Augusta National caddie; and Lee Elder, the first Black man to play in the Masters and whom Tiger thanked immediately following his victory in 1997. These men could hold up the story on their own. But the doc also folds in Tommy Bennett, who caddied for Woods in his first Masters appearance, in 1995; Otis Moore, a former Tour caddie and Augusta National caddiemaster; Tour greats Jim Dent and Calvin Peete; and numerous others. It’s a stellar lineup of essential voices that have all reflected on race, golf and Tiger Woods before, but never in such unison, and in the same place.

The film also shines a light on the PGA Golf Management Program at the University of Maryland Eastern Shore (an HBCU) and the Pittsburgh Duffers, a group of Black golfers in western Pennsylvania. It calls on authors, a sociology professor, even Chappelle’s Show to help explain America at the moment Woods arrived. Mashed together, the many opinions and insights are a reminder that the story of Tiger Woods, from a cultural perspective at least, is much less about the golfer than it is about the masses who absorbed him — the people represented in the “I’m Tiger Woods” Nike commercial.

Stowell herself would agree that 60 minutes is not nearly enough time to break down a topic as complex as What Tiger Woods Means to Us. The passion of the people interviewed tells you that; there is just so much history to unpack. But this film is a damn good start.

“I hope that people are able to not only see Tiger in a new light and maybe perhaps a different light,” Stowell said. “But I think it’s also like what does it tell us about us, ourselves? What can we learn about ourselves through what we’ve presented in this documentary? Because I think it does tell us something about what makes us American, about our culture, our emotions and, again, perceptions about race.”