Dustin Johnson’s Next Chapter: Where Should He Go From Here? 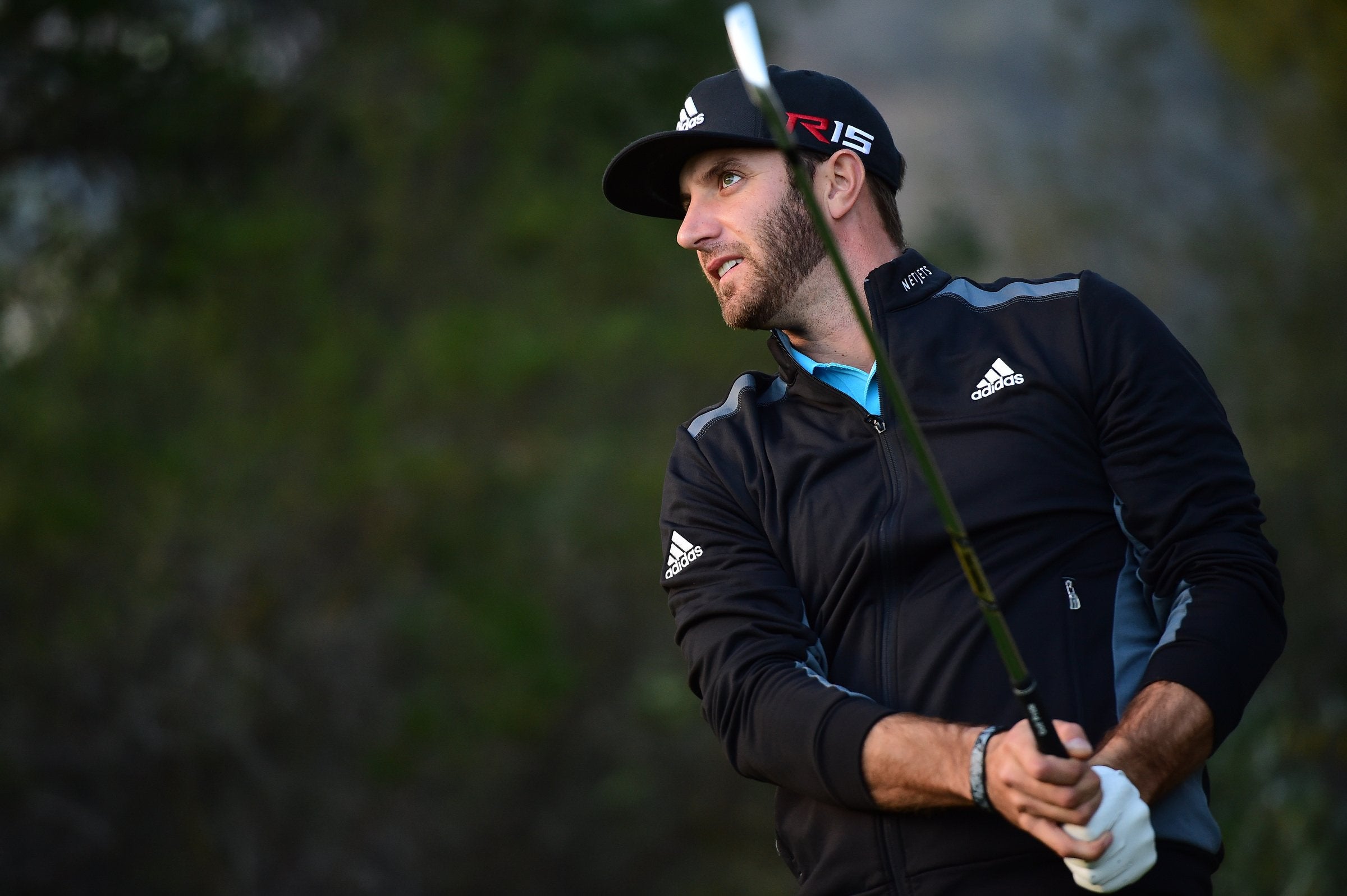 So Dustin Johnson is set to return to the PGA Tour, which he will do next week at Torrey Pines. He is six months older now than when he played in his last event. He’s an unmarried father who has been staying in a rented house in a Southern California gated golf community, down the street from his son’s maternal grandparents, Janet and Wayne Gretzky. In two recent interviews, Johnson, 30, described an almost monastic life that revolves around family meals, country-club golf, daily workouts and a far more restrained drinking life.

Last Aug. 1, Golf.com reported that Johnson had failed a Tour-administered drug test for cocaine, resulting in a forced departure from the Tour, which the website called a suspension. Johnson denied those claims in two recent interviews, the first with Sports Illustrated. Golf.com, which is part of the Sports Illustrated Group, continues to stand by its original report. In a segment for ESPN, Tom Rinaldi, seeking clarity in a follow-up question, said to Johnson, “You did not fail any drug tests?” Johnson answered, “No, I’m tested regularly by the Tour, and everybody else is, too.” It seems unlikely that he’ll say anything different next week in San Diego.

For about eight years now, Johnson has come off in public as a simple, friendly, slow-talking jock who happens to have exceptional skill at golf. You most likely won’t hear him discuss political unrest in Nigeria anytime soon, but if you’re his pro-am partner he will be happy to help you with your slice. His underlying attitude is one you find throughout American life, among millions of private people and public figures, too: Don’t bother me and I won’t bother you.

This is an especially useful life view when you are part of an organization (the PGA Tour) that clings to a painfully unrealistic marketing line: These guys are good. It is also useful when you are making millions from a company, TaylorMade, that finds your studly driving game and attractive fiancé useful for commerce but gets understandably nervous when internet chatter turns to your alleged penchant for cocaine. Coke may be a prized let-the-party begin stimulant used by various ballers, rappers and stay-up-late Wall Streeters. But not by the boys swaddled in ClimaCool.

At Torrey — that is, the Farmers Insurance Open — Johnson is unlikely to be asked questions that are considered invasive by the standards of the game. For good or for bad, such questions are not part of golf’s gentlemanly tradition. Nobody understands that better than Tiger Woods and his agent, Mark Steinberg. Johnson is more likely to be asked what kind of sage advice he has received from The Great One. Or how the baby and his mother are doing. No sport buys into don’t-ask, don’t-tell more than golf. The problem is that the public’s tolerance for that attitude died years ago.

Life in the public eye has never been more difficult and the public’s inquisitiveness about tender private matters has never been more extreme. American society has never demanded more, to use a word corporate spokesmen and politicians love to trot out typically when they don’t mean it, “transparency.” For years now, Woods and certain Tour officials have turned obfuscation into a sort of discordant modern music form. It offends sensibilities and hurts the ears. Tim Finchem, the commissioner, is good at it. Ty Votaw, his chief spokesman, is even better. But Woods is the king. Johnson, in this regard, is a work-in-progress. Watching his ESPN interview was painful. It was hard not to feel badly for him. All he did was allegedly fail a couple of tests for cocaine. Can’t people just lighten up and leave him alone?

In the main, though, you wonder if Johnson would be better served taking his cues from UFC boxing. When light heavyweight UFC champion Jon Jones failed a drug test in December and entered rehab, most of the relevant details were revealed for fans to see. Yes, the UFC does transparency far better than the PGA Tour. Because of it, Jones will have an easier return to the ring than Johnson will to the course.

The Tour’s devotion to secretiveness is counterproductive to what it is really trying to achieve. In a recent email exchange, Votaw, the Tour’s executive vice president of communication and internal affairs, was asked if the Tour conducted drug-testing at last year’s Masters. Votaw wrote, “We don’t discuss specifics of the events we conduct drug testing.” When an Augusta National official was asked the same question, the answer was a quick yes, there was drug testing at the 2014 Masters. Augusta National understood that having Tour-run drug testing at the Masters, a significant international sporting event, is a good thing, and something the public should know about.

Johnson’s return has considerable implications for the Tour, for TaylorMade and of course for himself. He has eight Tour wins, has repeatedly contended in majors and is one of the most dynamic players in the game. With Paulina Gretzky, the mother of his son, Johnson has used Twitter and other forms of social media to portray himself as a young, rich, physically impressive athlete leading the good life. When he shot himself out of the 2010 U.S. Open with a final-round 82, and when he cost himself a spot in a playoff for the 2010 PGA Championship by grounding a club in a bunker, he showed a certain endearing, nonchalant grace. He blamed nobody but himself. When he announced in late July that he was taking an indefinite leave from golf to address unspecified personal issues, he said in a statement, “I respectfully ask my fans, well-wishers and the media for privacy as I embark upon this mission of self-improvement.” It didn’t sound at all like him, but underneath the forced new-age rhetoric was at least the hint of forthrightness.

But his two recent interviews didn’t do much to help us understand his bizarre 2014. In April, Johnson played only three competitive rounds. He shot 80 in the first round in Houston and withdrew. He shot 77-74 at the Masters and missed the cut. In early May, in the wake of his alleged third failed drug test, an unnamed source who knows the details of the case but was not authorized to speak publicly about it said Johnson received a letter from PGA Tour officials in which the Tour outlined how it would deal with the test result, what it would require of Johnson and an explanation of the Tour’s appeal process. In 2012, when he allegedly failed his second drug test, the Tour told Johnson that if he failed a third drug test he could be suspended for up to a year.

Starting on May 8, 2014, at the Players Championship, Johnson teed it up seven consecutive weeks. (He typically only plays two or three events in a row.) He was obviously making hay while he could. Meanwhile, his legal team began a process to challenge the veracity of the Tour’s testing process, Golf.com’s source said.

That person also said the Tour was annoyed to be dealing with Johnson and a drug matter again, after his alleged test failures for marijuana in 2009 and for cocaine in 2012. In the middle of the ’12 season, Johnson sat out 11 consecutive weeks, missing the Masters and the Players. He and his agent, David Winkle, attributed his absence to a strained back, which he injured while lifting a jet ski.

There is, in this era of cyber spying, an insatiable demand for public people to reveal the intimate details of their private pain. Johnson wants to be public about his private life on his terms, in the tradition of the old studio-system movie stars. Me and Paulina on the beach. But that studio world was black and white, and TMZ did not exist.

Johnson and his people know all this. Athletes, in general, like to focus on the here-and-now. They’ll worry about the future tomorrow and save the past, the dark parts of it, for their as-told-to memoirs, when there’s a payday. Johnson is really not doing anything out of the ordinary here. But he might find, as others have, that the truth will set him free. 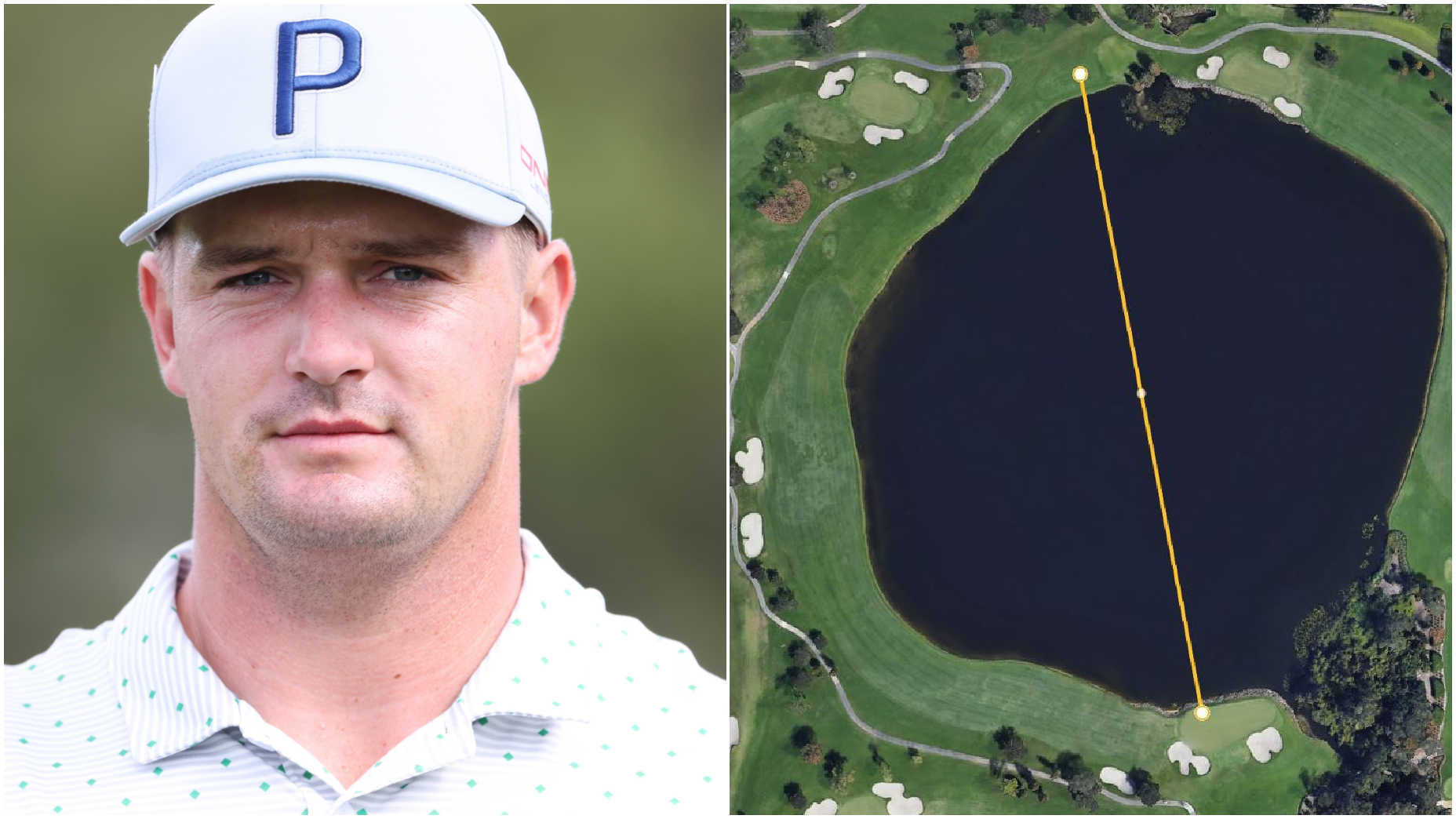