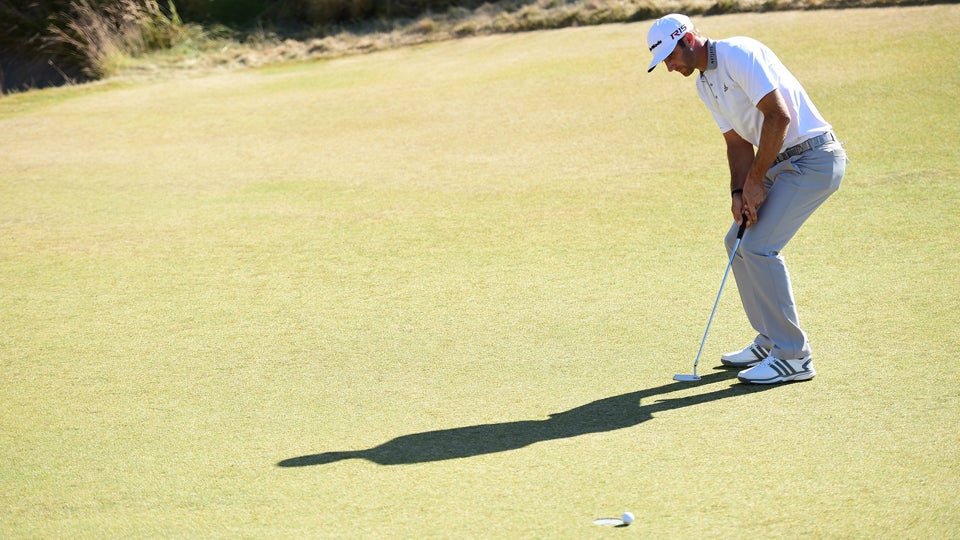 Dustin Johnson watches his birdie putt on the 18th green miss the cup during the final round of the U.S. Open on June 21, 2015, in University Place, Washington.
Robert Beck for SI

According to an ESPN story, Kaplen would have won DraftKings’ U.S. Open Millionaire Maker and pocketed its $1 million prize had Johnson made his 4-foot putt for birdie on the 18th green at Chambers Bay. Instead, Johnson missed, and his three-putt gave Jordan Spieth his second straight major championship.

The 41-year-old Kaplen, a San Antonio resident, told ESPN he had trouble sleeping the night of the tournament, but he’s looking on the brightside. Out of nearly 144,000 teams, he won $100,000 for second place.

As for the big prize? That went to Carl Bassewitz, a 50-year-old from Houston, who filled out just one lineup compared to Kaplen’s 50.

Spieth may have won $1.8 million when Johnson three-putted the 18th, but Bassewitz cashed in as well.

“He missed it and my phone started to blow up,” Bassewitz told ESPN. “I didn’t think it was real.”