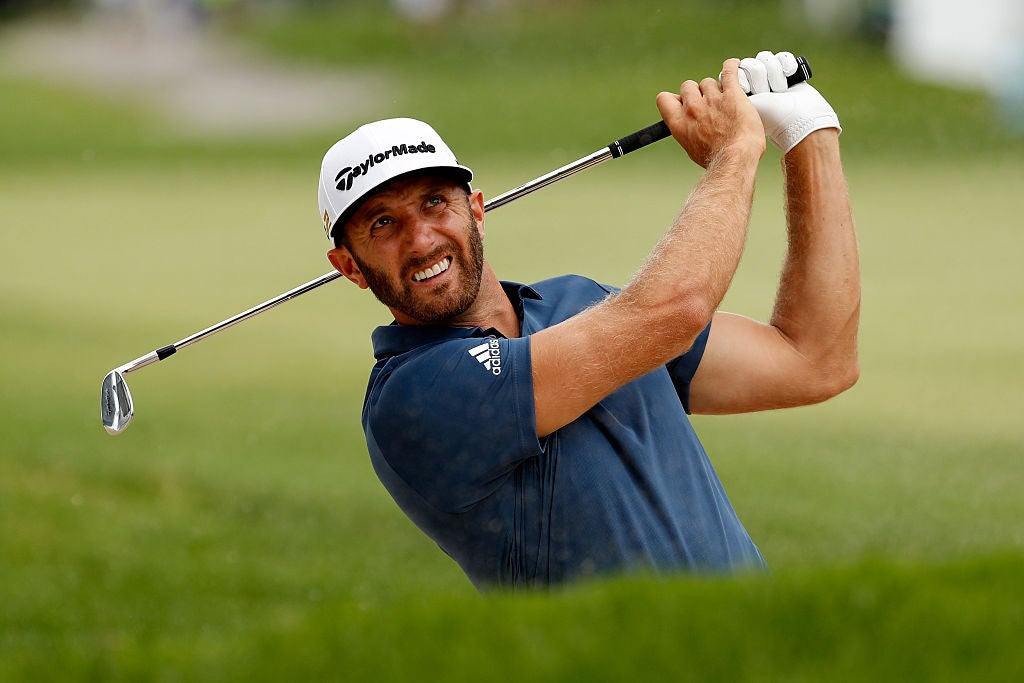 Dustin Johnson is back for more.

Just two weeks after winning his first major at the U.S. Open in western Pennsylvania, DJ shot up the leaderboard early Saturday afternoon, posting a 31 on the front nine at Firestone Country Club.

Johnson failed to birdie the par 5 2nd hole, but made four birdies in his last six holes on the front nine to move to 2 under for the event and just two shots back before leader Jason Day was even able to tee off. Johnson would fire a third round 66 for the day.

Just like it did at Oakmont last month, Johnson’s iron play like this helps explain the charge.