Dream team? Lexi Thompson and caddie/brother Curtis are off and running 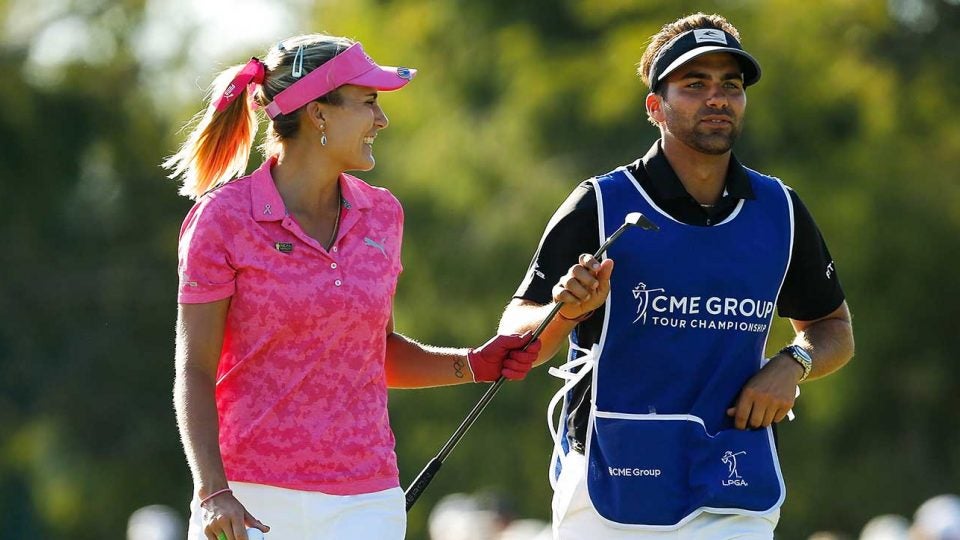 LAKE BUENA VISTA, Fla. – It’s a brand new day. The LPGA is gathered here for its first tournament of the year, the players sign for fans between holes, there’s top-shelf alcohol available around every curve and music in the air. This opening event is called the Diamond Resorts Tournament of Champions, a funky pro-am that features a cast of characters — and players — you actually know. On Saturday, Lexi Thompson was paired with Jeremy Roenick, the retired NHL star, and Colt Ford, the country rapper. They got game, all three of them.

Roenick, still a beast of a man, will break 80 most anywhere you take him. Ford, bearded and cherubic, played minor-league pro golf for a half-decade or so. As for Thompson, she was the lone American among the top-10 finishers on the LPGA money list last year.

But (you could argue) the best golfer in Saturday’s 10:50 a.m. group was one of the caddies: Curtis Thompson, Lexi’s brother. We’re not talking about the ability to produce a 72-hole score on a 6,500-yard course with cameras on you all day long, but something more basic: pure golf skill. Curtis did, after all, shoot 61 in a Web.com event, in 2017, and he has every shot there is. This year, he plans to play in all the Monday Web.com qualifiers. He’ll play when he can and he’ll caddie for his kid sister — he’s 26 and Lexi is 23 — when he’s not. Their father, Scott Thompson, will caddie for Lexi when Curtis is not available.

But Curtis is not caddying for Lexi because of his own golf talent. He’s caddying for her because he knows golf, knows Lexi and her game, and knows how to keep her loose. That sounds like a sentence out of a management-written press statement, but you could see it on Tranquilo Golf Course on Saturday, you could see a pro and her caddie talking about shots in meaningful ways and enjoying each other’s company. Also, the Thompsons want to keep it in the family. It’s been done before.

“You can see they just have a great camaraderie,” Roenick said after the round, a cold one in hand. He played for five NHL teams. He knows something about team camaraderie. “If a shot doesn’t work, he’ll say, ‘I gave you the wrong club,’ and she’ll say, ‘Nah — I just didn’t hit it good.'”

A player and a caddie can’t have that conversation all day long, but now and again, it’s a good thing. Curtis, who is unable to mask what he feels, was visibly despondent after Lexi’s Saturday round. She shot 73, two over par, and took herself out of contention. Thompson is four under through three rounds; the co-leaders, Lydia Ko and Eun-Hee Ji are 13 under.

Well, you can’t win them all in professional golf, though the Curtis-Lexi duo did go one-for-one last year. Lexi parted ways with her well-respected Scottish caddie, Kevin McAlpine, before last year’s final event, the Tour Championship. Curtis came in and Lexi won for the first time all year. That win got her into this event. As for McAlpine, formerly a leading Scottish amateur golfer, he and Anna Nordqvist, an eight-time LPGA winner, were engaged late last year. He was on Team Thompson for only 20 months and his departure was not amicable. 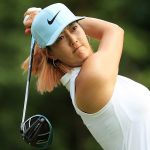 Caddie-player relationships are funny things, and not always in the hah-hah way. In 2017, Thompson said of McAlpine, “He’s like my best friend out there.” That’s often a true sentiment, in these matters, until it’s not. Phil Mickelson and Jim “Bones” Mackay had one of the longest and most successful player-caddie partnerships ever. But this week in California, Mickelson is leading the Desert Classic with his brother, Tim, caddying for him, while Mackay is working the tournament as a course reporter for NBC Sports.

Curtis is not just carrying the bag, not by any means. On the par-3 18th hole — such a cool way to end a round! — Lexi wanted to hit a four-iron and Curtis wanted her to hit a three. They were looking at a 200-yard shot, into the wind and over a pond and a yawning trap. Lexi had the shorter club in hand as Curtis inched closer and closer to her, bag in hand, which is caddie body language for, I don’t like that club. She switched to the three, backed up a yard or so, took something off it, hit a lousy push, a worse pitch and a two-putt bogey.

Before she played her second, Curtis stood on the spot where he wanted Lexi to land it. But she fatted the shot and it had no chance. Curtis and Lexi were both kind of sagging as they came off the final green. That’s life in the big leagues.

It was only about 20 minutes earlier when it was all good. On the par-5 17th hole, 554 yards, into the wind, Lexi drilled a drive and still had 275 yards left. There was no chance of her reaching. The first goal was to avoid the pond in front of the green. The second goal was to avoid the bunker. The third goal was to leave it in a place where you could make an up-and-down. They talked about line, Thompson nutted a 3-wood, finished about 25 yards in front of the green, hit a spectacular pitch to two feet and tapped in for a 4. Happy campers. “I just gave her the numbers and the line, and she hit the shot,” Curtis said. 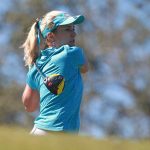 You may also like LPGA pros sound off on ‘strange,’ ‘funny’ new rules

They came off 17, rode a quarter-mile in a golf cart and went to the 18th tee, where there was a long wait. The party did not stop. Behind the tee, a DJ named Deejay Silver, in a camo T-shirt, played “Sweet Home Alabama,” and then the old Montell Jordan anthem, “This is How We Do It.” Roenick went into a little funk-groove dance move, then brought two little kids out of the gallery, put them on his shoulders and started doing a dance thing with them. Lexi and Curtis were watching and laughing for a minute or two.

Then, with the music still in their ears, they leaned into each other and discussed the day’s last tee shot.